Firth foreshores may not be as dramatic or as exposed to the waves as open coasts, but there are treasures to be discovered along their muddy shores. On Tuesday, members of the North of Scotland Archaeology Society got to grips with ShoreUPDATE in what couldn’t be a better classroom – Simon’s sitting room in his beautifully restored 18th century girnel and the shores of the Cromarty Firth.

The range of coastal heritage features in just a very short stretch of the Cromarty Firth is remarkable. Fish traps, landing places and disused buildings are reminders of thriving industry and activity in the Firths in the not too distant past. The raised gravel beaches that run parallel to the shore contain mounds of shells, the remains of meals consumed in deep prehistory.

The Firth is still an active place. A North Sea oil rig being tugged from its moorings formed the backdrop to our wanderings along the shore. 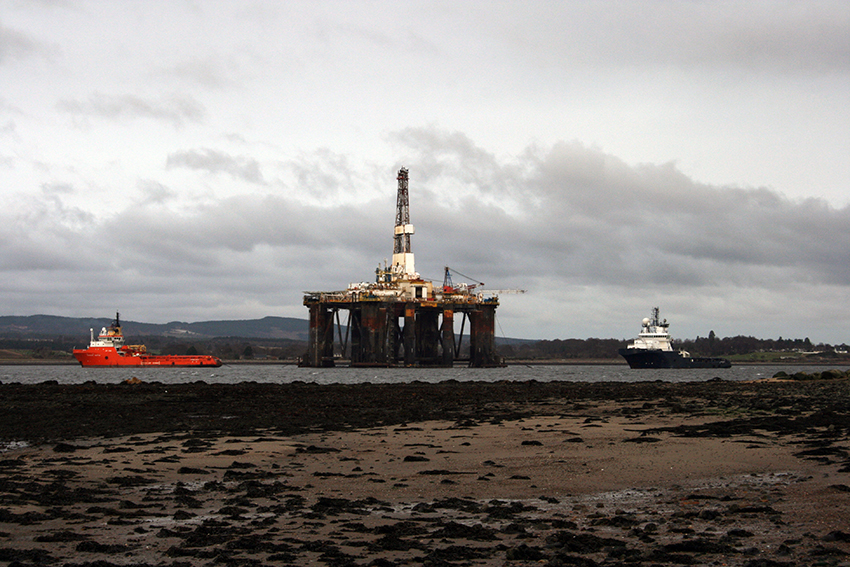 We explored the beach below the late 16th century Castlecraig towerhouse looking for evidence of foreshore infrastructure. Within minutes in the winter-bare cliff slopes we identified a stone revetted trackway leading from the shore to the top of the coastal cliff and a possible sea gate in the curtain wall. 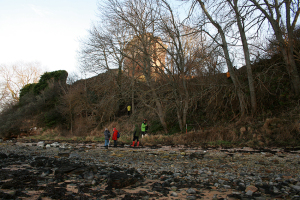 And look at this. A re-used cast iron cauldron buried into the foot of the muddy bank to catch the spring water which still bubbles into it. A new site to add to our coastal records – Jonie’s well. 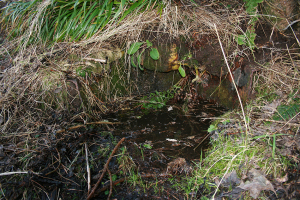