On the coastal campaign trail in Solway

We’ve just had a fantastic few days in the company of ten enthusiastic young volunteers from around Europe, exploring the heritage of the Solway Coast. As part of the YES! Project (Young E-Citizens for a Sustainable European Coastline) young people from Italy, Greece, France and the UK are spending three weeks with Nic, the Solway Firth Partnership’s Coastal Ranger, learning about the challenges and issues facing the Solway coast. They will use their experiences to develop a campaign to inform and inspire young Europeans about key environmental issues, the impact of climate change and  ways in which they can make a positive contribution. 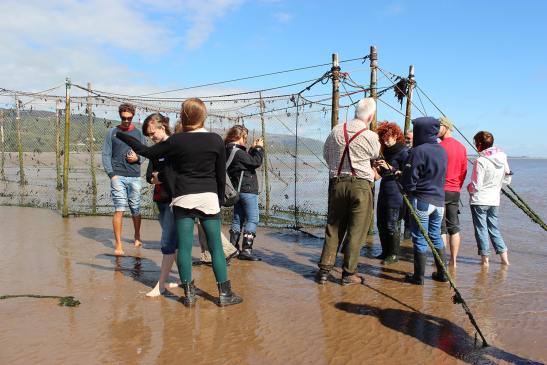 Our Scotland’s Coastal Heritage at Risk Project is a response to the various threats coastal heritage faces, which includes climate driven coastal change, and was one of  the case studies  of best practice the group has chosen to highlight in their campaign.

So – cultural heritage was high on the agenda, and following a workshop session about heritage on the coast and a brief introduction to the project, we spent a day visiting a variety of sites around Dalbeattie, Rockcliffe and Castlehill Point. 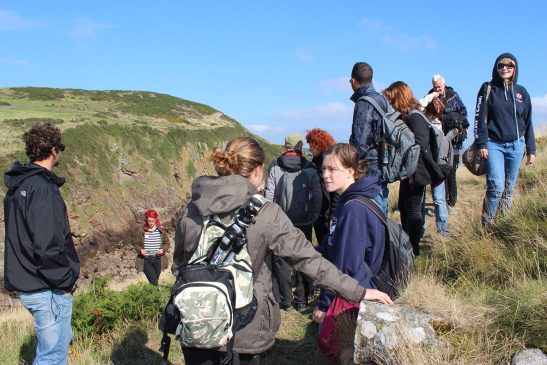 While stone quarrying and transport were recurrent themes at the port of Dalbeattie and the former millstone quarries on the shore at Glenstocken, a particular highlight for everyone was Gutcher’s Isle, where the ruined remains of a medieval homestead above a tiny picturesque cove provided the backdrop for some film footage for one of the YES! Project campaign videos. 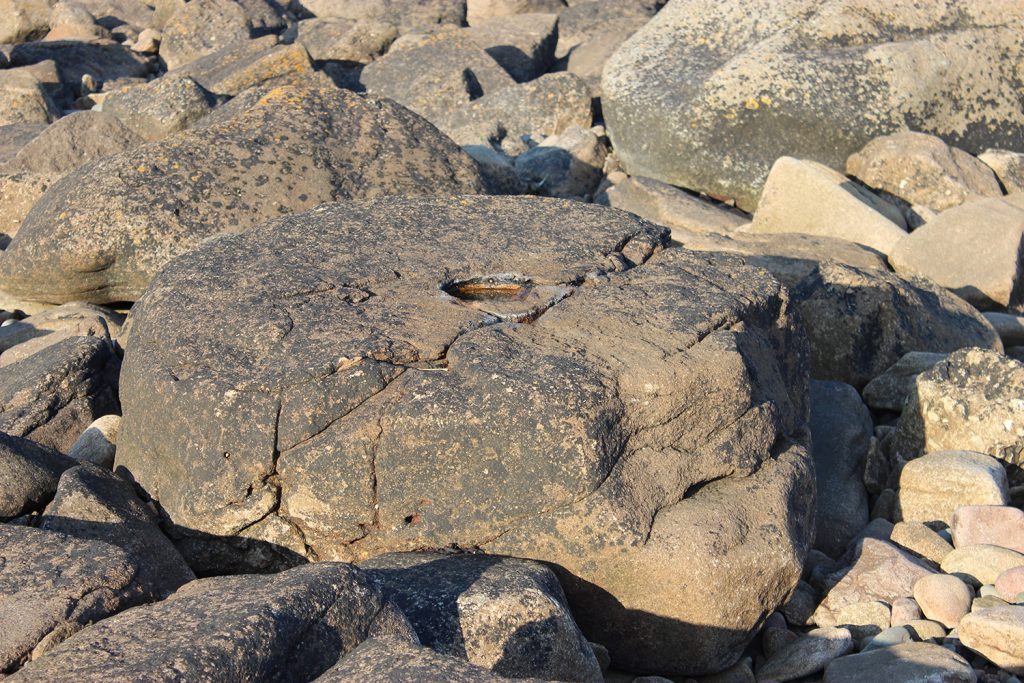 ‘Rough out’ of a millstone in the intertidal quarry near Rockcliffe

This trip added a new dimension to our appreciation of Solway’s  wonderful coastal landscape as we joined in with the programme of visits, talks and walks; learning about stake net fishing and the decline of fish stocks from a local fisherman, discussing marine invasive species and responsible land management with the National Trust at Rockcliffe, and finding out about birds and other wildlife at the RSPB’s Mersehead reserve. The unique environment of the Solway coast faces a number of challenges, and the YES! Project aims to promote the opportunities for action addressing them. 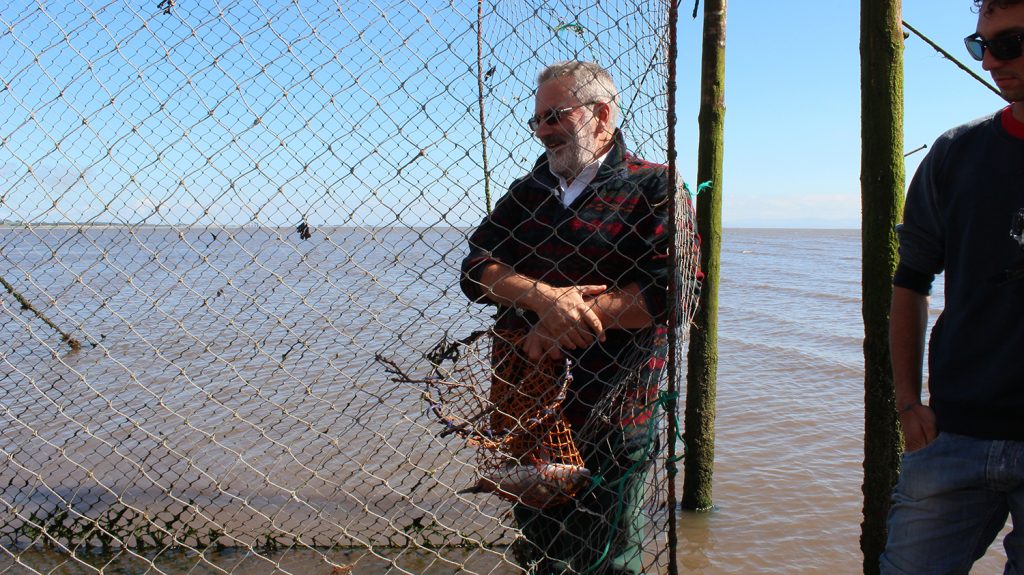 The catch! a single sea bass in the final stake net pocket

We enjoyed our time with the group, learnt a lot, and are really looking forward to seeing the resulting campaign. 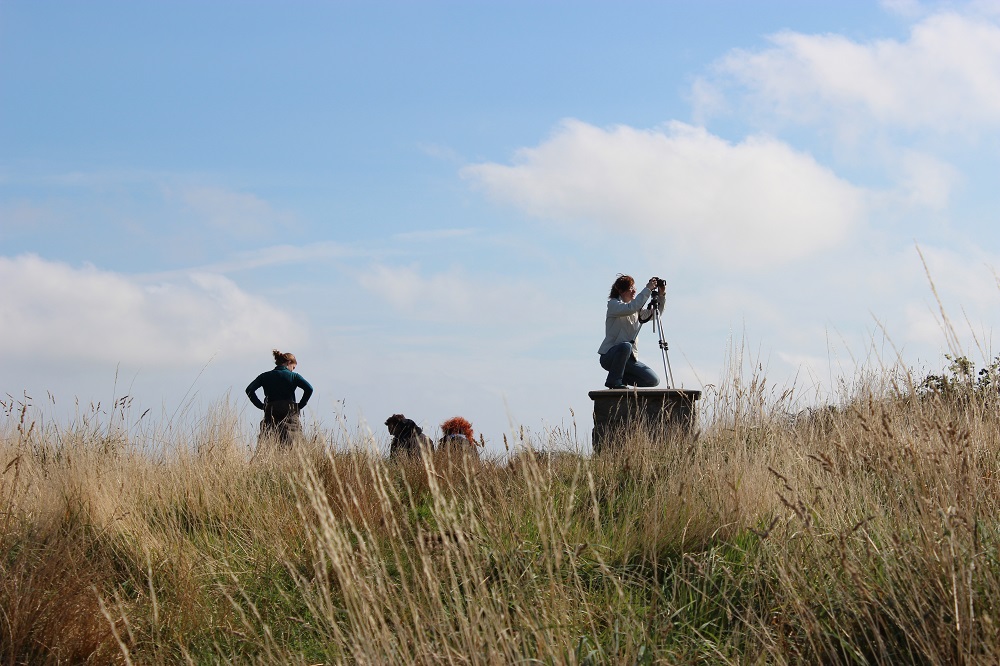