A hurricane-force storm hit the Western Isles in 2005, and did severe damage to the sandy machair landscape of the exposed west coast. The island of Baile Sear, just off North Uist was particularly hard-hit.

Stone structures exposed in the eroding coast edge were identified as a prehistoric settlement. The local archaeological group Access Archaeology made regular monitoring visits and recorded 4-5m of erosion over just a few months. 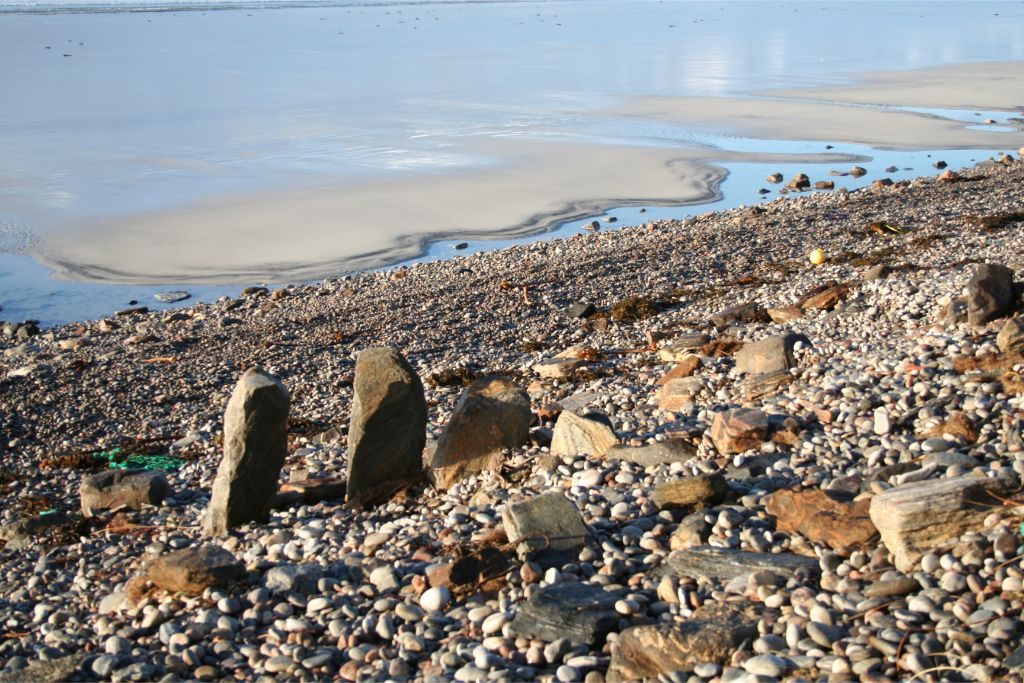 The urgent threat to the site was obvious so Access Archaeology partnered with SCAPE and local archaeologists to mount a rescue excavation and record the site before it was completely lost. 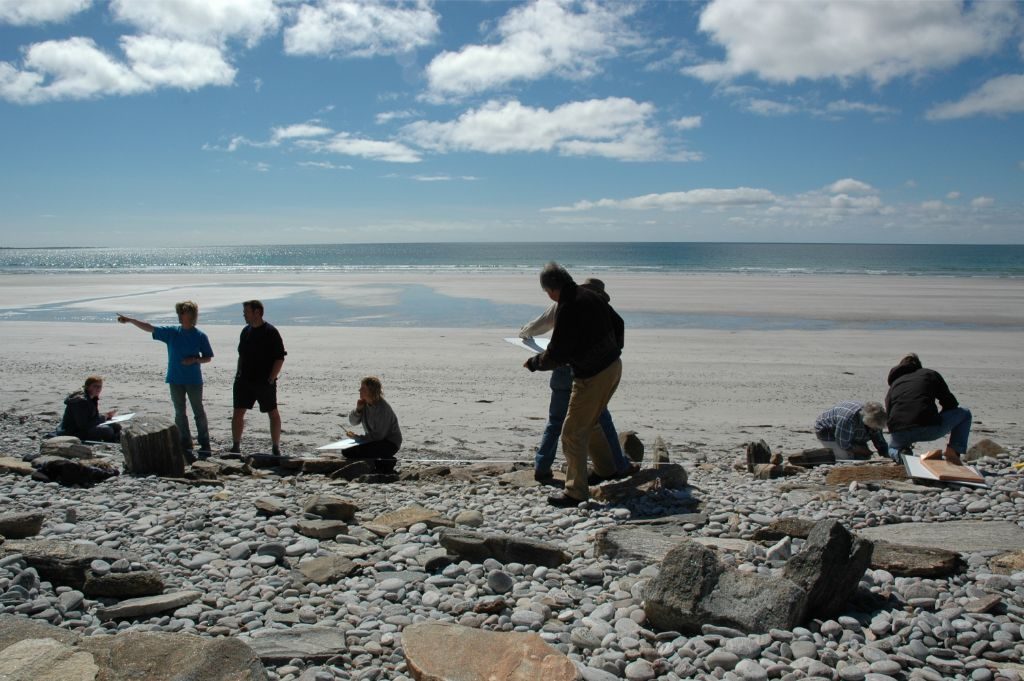 Over several seasons between 2006 and 2010 the work revealed an Iron Age wheelhouse which has been modified and rebuilt several times throughout its use.

The original building was circular, and probably around 13m in diameter, with a series of radial piers like the spokes of a wheel. Later, the south wall collapsed and the building was reorganised and rebuilt into a smaller house. The north half continued in use, but the south half was abandoned. The floor of the wheelhouse contained several pits which contained pottery, burned and unburned bone, and a crucible laid upon a later of white pebbles. A lot of the burned bone was found in discrete patches which seem to be individual cremation burials. All of this suggests that these pits may have represented something more than simple disposal of domestic waste. 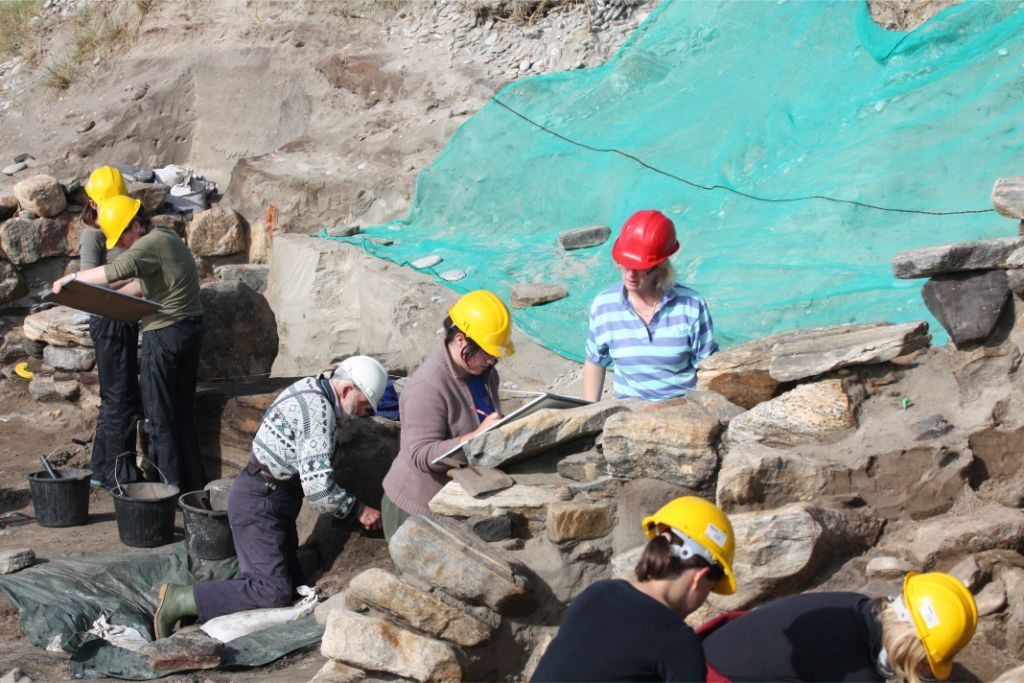 This building is only part of what looks like a much larger prehistoric village. More structures and middens containing ash, food waste, pottery, stone tools, shell and metal working debris are eroding out of the Baile Sear coast, and the Uist Community Archaeology Group are keeping an eye on the site. 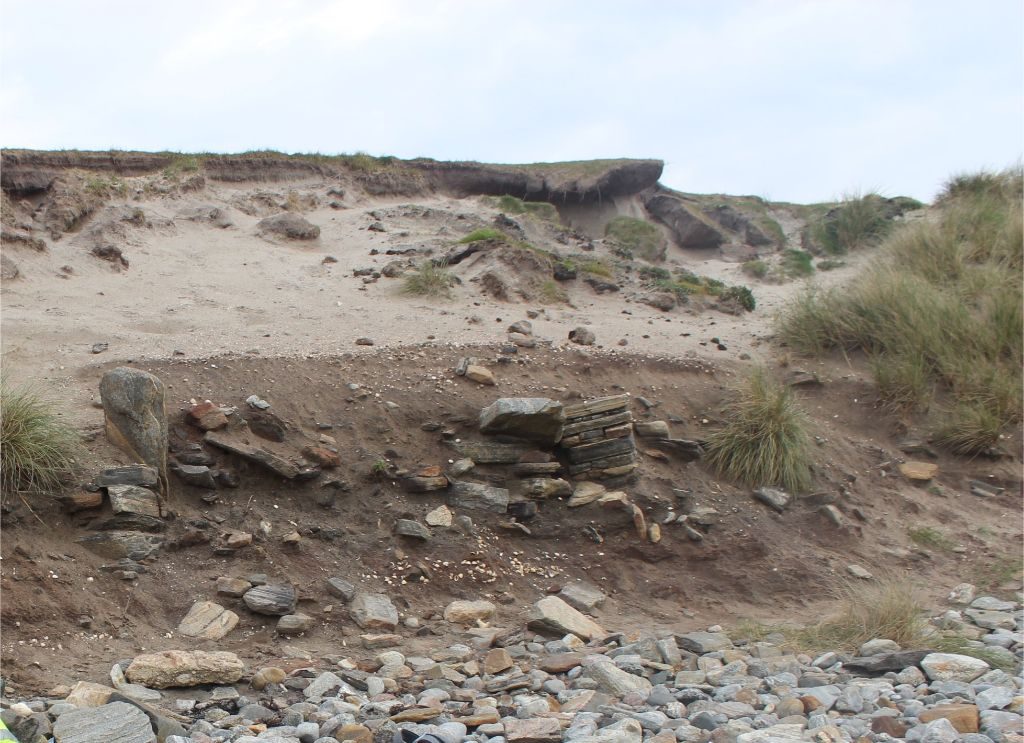