Remembering the Flying Boat Base at Wig Bay, Loch Ryan

The latest ShoreDIG at Wig Bay, Loch Ryan, has its roots at the start of the SCHARP project. It was nearly two years ago that the SCHARP team first visited Wig Bay, Loch Ryan for one of the first ShoreUPDATE training events of the project. This is a landscape of  the Second World War.   Derelict brick buildings and huts, some reused as farm buildings line the sides of the road that follows the shores of the loch. Areas of concrete hard-standing half-concealed by scrubby growth and a grid of concrete runways behind Wig Sands are all that remains of the hangars, flying boat pens and technical buildings. 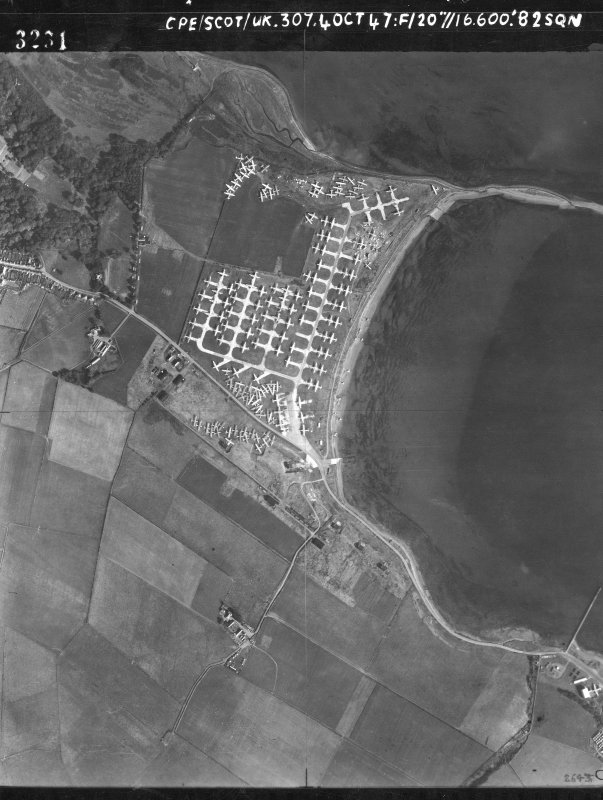 On our visit in February 2013  we focused on ShoreUPDATE surveys of the eroding intertidal features; two concrete slipways, and recording the observation post standing at the coast edge. We didn’t forget about the rest of the flying boat base, however, or about the number of local people we met who had stories and memories of the site in use during the war and into the 1950s. 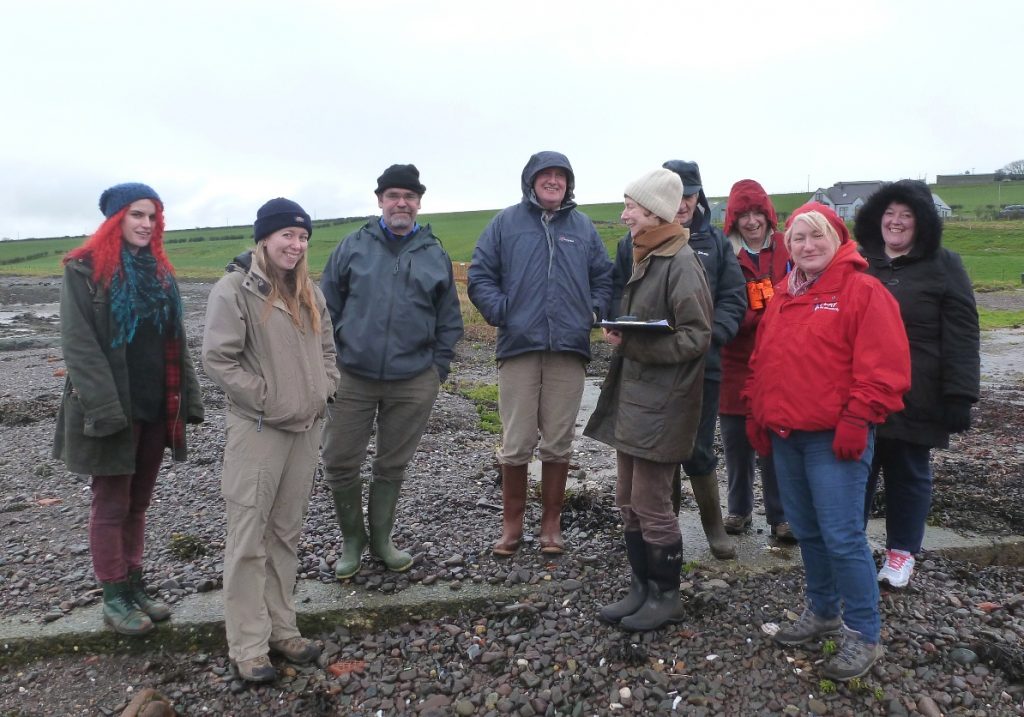 The team of volunteers on site at Wig Bay, Loch Ryan, on our 2013 ShoreUPDATE training day

The flying boat base at Loch Ryan was an important part of wartime history which specialised in the maintenance and conversion of these enormous machines. It was also the central part of life around Loch Ryan in the 1940’s and 1950’s attracting people and families from all over Britain, and further afield, to work in the area. It remained an active site after the war when it was used for servicing and test flights. Aircraft based as far afield as Singapore would return to Wig Bay for maintenance and testing.  When the flying boats were phased out the base was used for dismantling the obsolete machines until 1957 when it was  finally closed down. 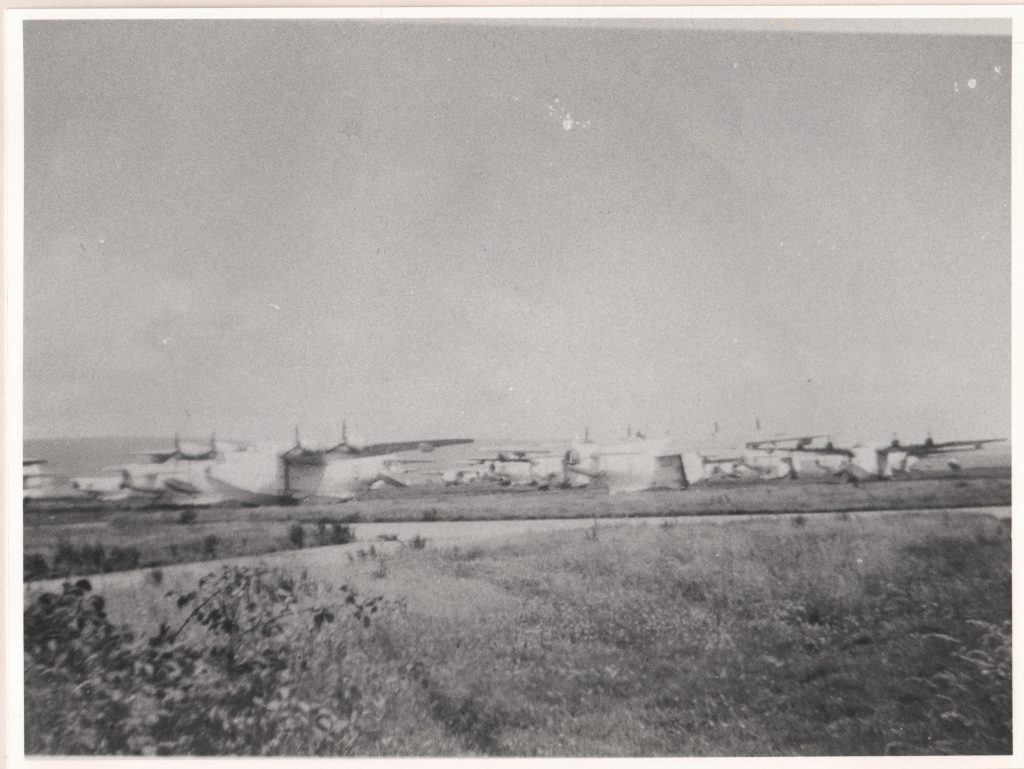 Flying boats on the concrete hardstanding at Wig Bay, waiting to be dismantled. Thanks to William Sandiford for the photo

Time is taking its toll on the site, with the slow decay of now-obsolete structures that were never intended to last into the 21st century, especially the infrastructure that sits in the intertidal zone, submerged by the waters of the loch twice a day for seventy years. 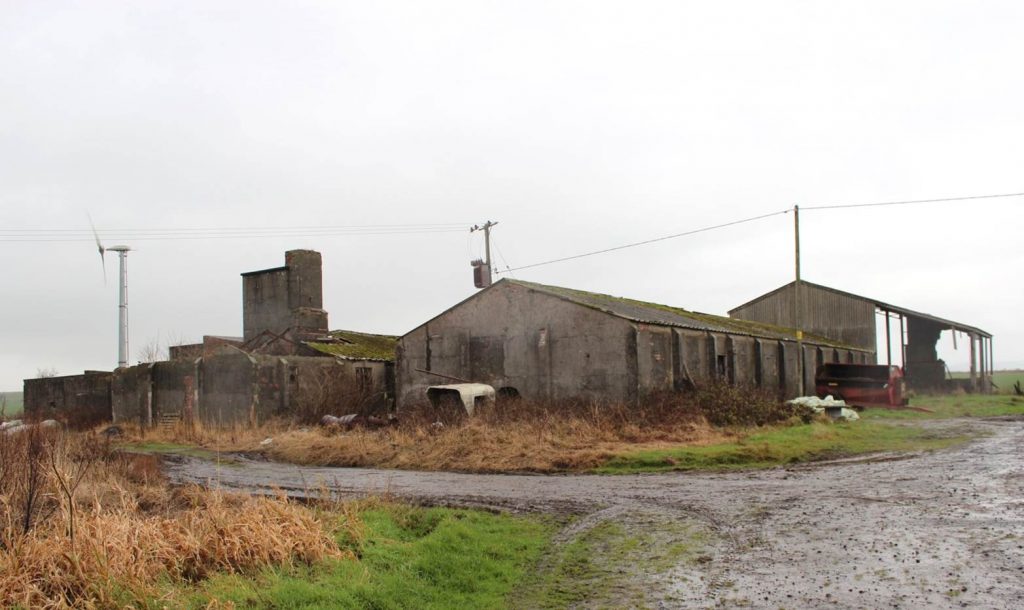 The remains of the hospital building at the sick quarters

In this latest ShoreDIG project we aim to record and celebrate the flying boat base and its history, by working with the local community to carry out a thorough condition survey of the surviving features, and make a record of the memories, stories, photos and artefacts belonging to  the people who lived and worked here. This will compliment an exciting arts and interpretation project underway by the Solway Firth Partnership and Dumfries and Galloway Council around Loch Ryan.

We’ve just got back from Loch Ryan where with the Solway Firth Partnership we held two drop-in events at Kirkcolm and Stranraer for the public to share their memories of the base. We were delighted with the response and the generosity of the people who came along with photos and memories of the Wig Bay flying boat base. Andy Thomson brought in this beautifully painted copper plate, made by a German submariner Prisoner of War at Loch Ryan from a piece of copper sheeting, and traded for a packet of cigarettes.

Andy Thomson’s beautifully painted copper plate, made and decorated by a German Prisoner of War at Loch Ryan

Thank you to everybody who joined us and shared their photos and stories. We’ll be back next year to record and celebrate this special site.