Wrapping up at Cromarty

It was with a heavy heart that we packed up the site at Cromarty this weekend; we’ve had two weeks of great archaeology and great company in a beautiful setting, so the SCHARP team were sorry to be leaving. 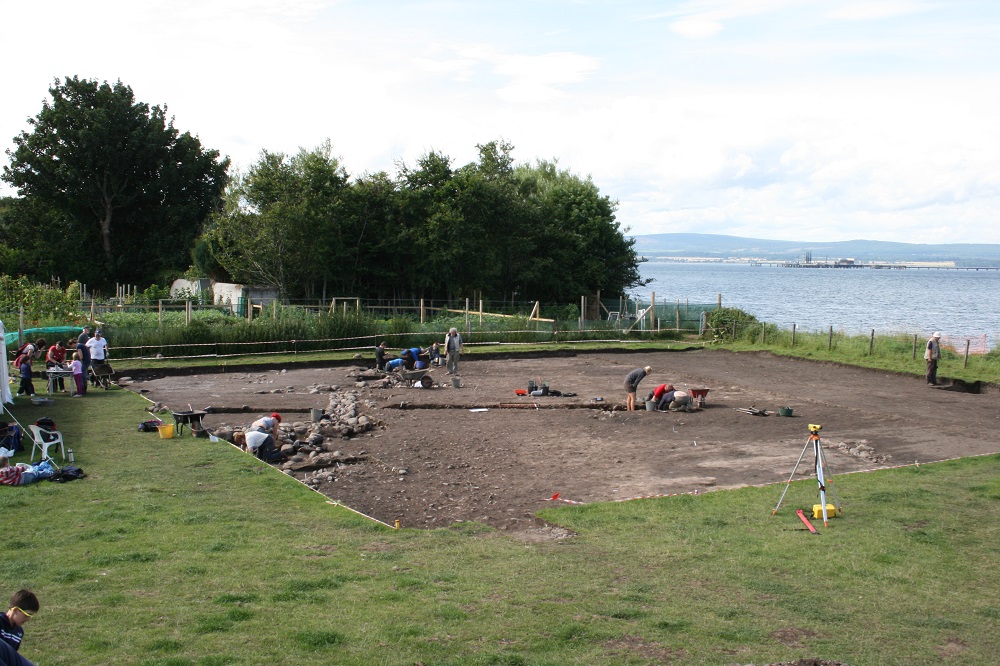 The main part of the site with Thief’s Row running diagonally through the trench, and the remains of stone buildings on either side.

The work on site has revealed some interesting archaeological features; the evocatively-named Thief’s Row and the houses that lined it, substantial stone walls belonging to the buildings of the medieval burgh, deep deposits of ash and huge areas of shell middens. We’ve recovered thousands of finds, including fish and animal bone, metal objects, pottery, glass and building materials. 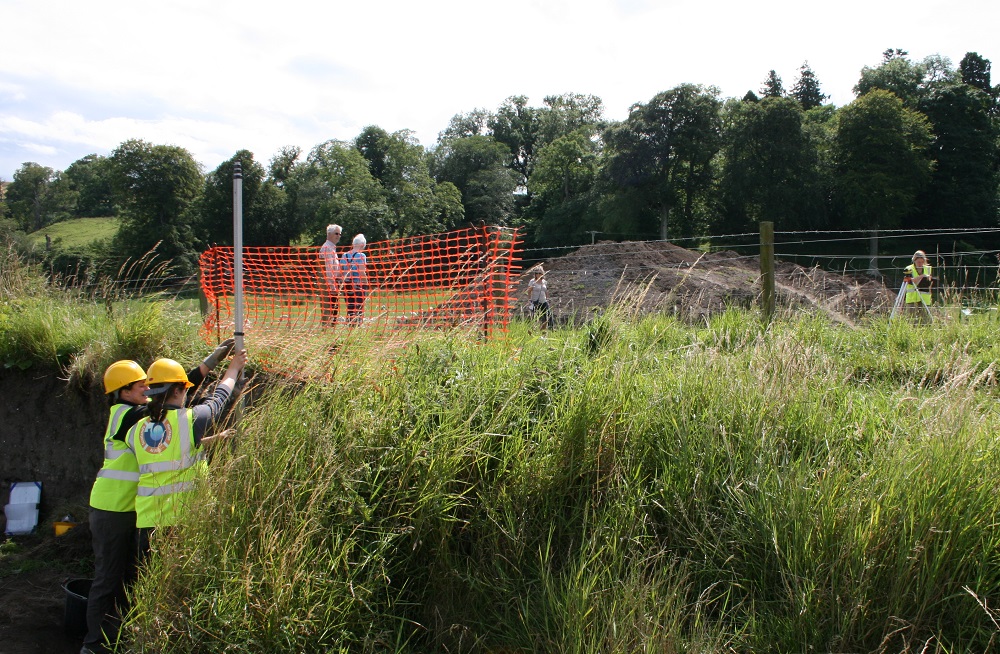 Recording the coast edge: volunteers taking levels on different layers of midden as they dig.

The areas of shoreline erosion which first revealed the presence of important archaeological remains in the area have been investigated, and the results suggested some interesting hypotheses about the site. The deep ash deposits seen in the eastern two erosion scars were carefully sieved as they were removed, and the results from the second area support the theories we started to develop after looking at the first erosion scar (read about this in our last blog post). 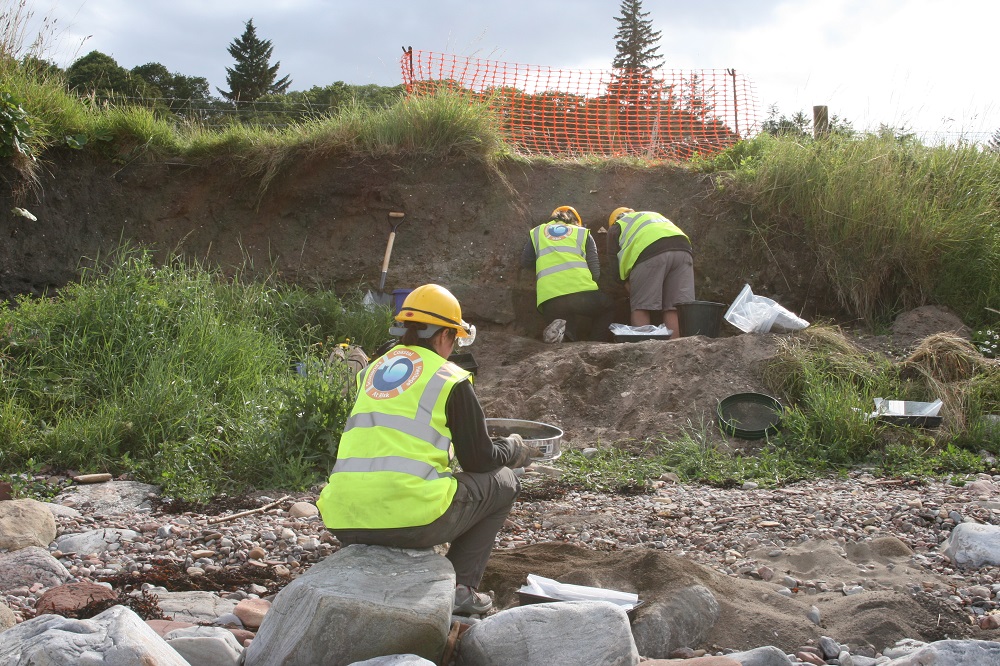 Careful sieving of each layer of ash recovered lots of tiny fish bones, suggesting this might be waste from fish smoking.

Again, the careful sieving of each layer paid off, with the recovery of lots of tiny fish bones, but very little other waste, strengthening the possibility that these deep dumps of wood ash are the waste from an industrial process such as fish smoking rather than simply domestic hearth sweepings.

By contrast the third area of erosion contained no ash layers, but deep deposits of shell middens. Another very striking difference was the near-complete absence of fishbone in these layers compared to the ash dumps; other than a big iron fish hook and a very few fish vertebrae, these deposits consisted of nothing but shell: mussels, cockles, limpets and the occasional oyster. 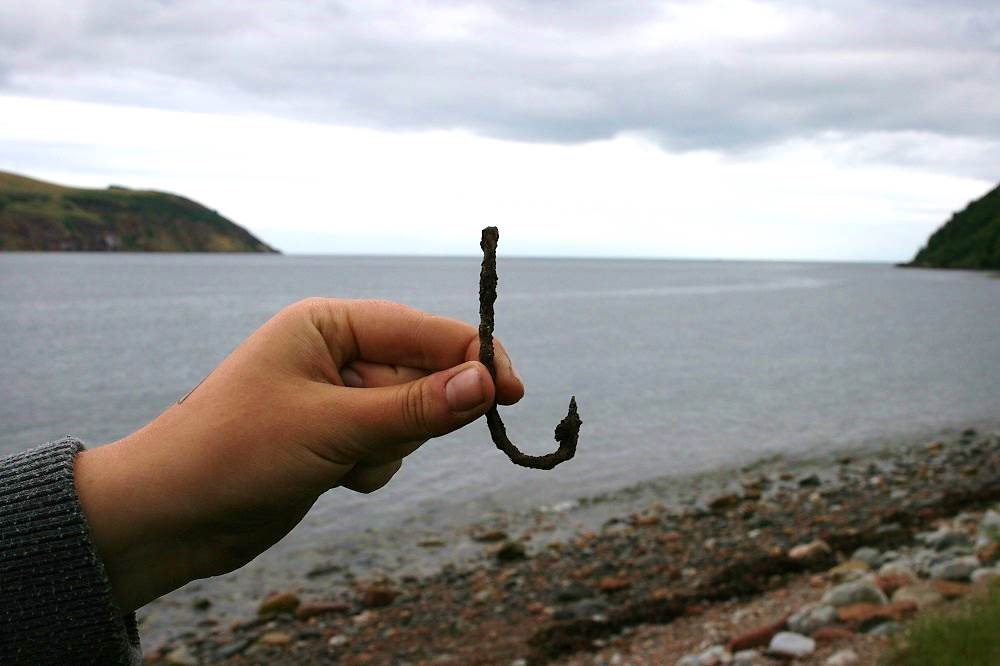 Sophie holding her star find: a medieval fish hook recovered from the shell middens exposed in the eroding coast edge.

Again, the sheer quantity of shell, and the paucity of other finds, suggests that these deposits relate to industrial activities rather than domestic shellfish consumption, possibly representing the waste from fishing bait. 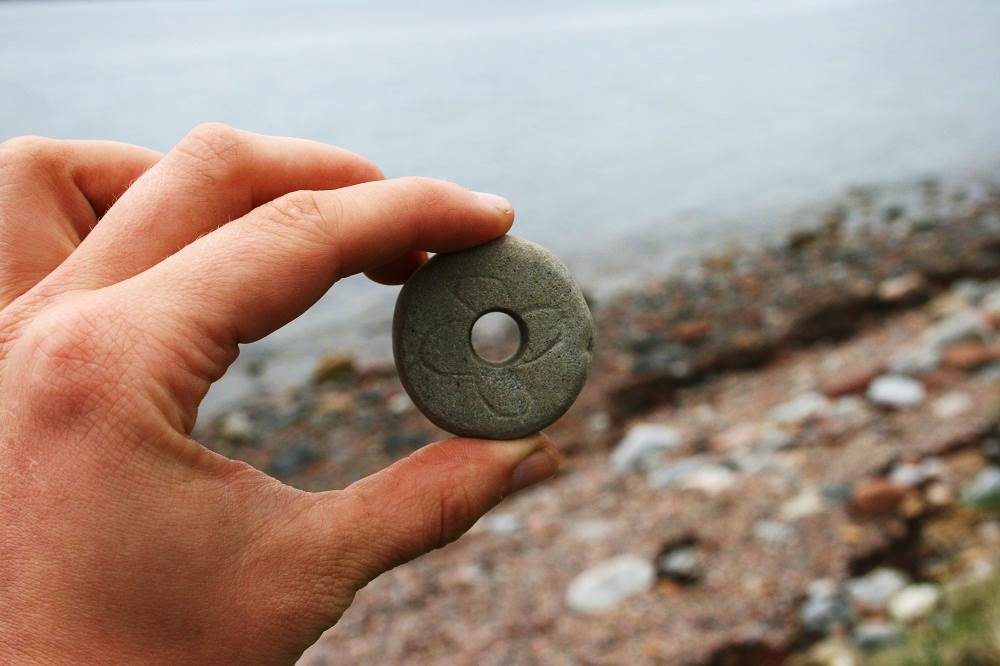 The discoveries made in Reeds Field behind the coast edge also support our theories. The substantial stone walls dating to the medieval period highlight the importance of this part of Cromarty, while deep ash and shell deposits have also been revealed here. Again, a lot of fish bone was found in this area, and the medieval pottery assemblage, which includes pieces from some large, thick-walled vessels but little domestic ware, seems to suggest that this may have been an industrial area of the burgh. 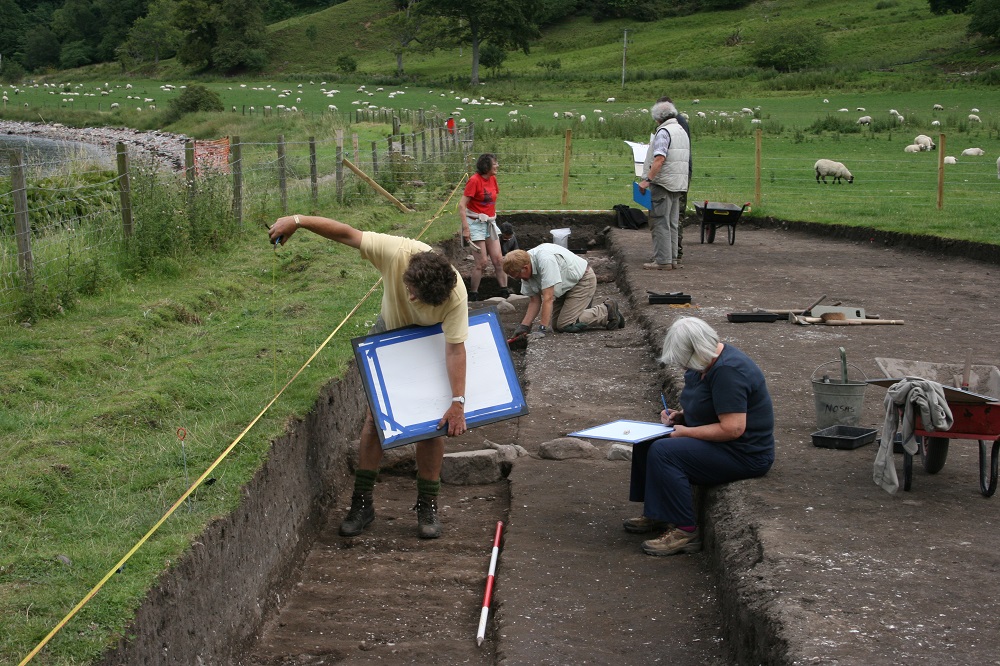 The final stages: recording the features in the small trench running parallel to the coast on the last day

As ever with archaeological work, though, we’ve answered some questions, but are finishing the season of digging with new ones. The post-excavation processing of finds and samples will be carrying on over the next few months, and will hopefully yield more information about the economy of this part of Cromarty throughout its history, so get in touch with the project team if you’d like to help out. There’s so much more to be revealed on site, and the Cromarty Medieval Burgh Community Archaeology Project hope to go back next year and continue their exploration of this fascinating corner of the Black Isle. We’d like to wish them the best of luck in future seasons and say a big thank you to the CMBCAP team, all the wonderful and enthusiastic volunteers, and to the visitors who came to see us on site – we had a great time working with you all.