In July 2019, together with SWACS and joined by the University of Aberdeen’s Northern Picts Project and EAFS geophysics, we investigated three of the Wemyss Caves and the promontory next to MacDuff’s Castle. The aim of these new excavations of the Wemyss Caves scheduled monument was to learn more about the archaeology of Court Cave and Doo Cave, which have never been archaeologically investigated before, and take another look and obtain further samples from Sliding Cave. 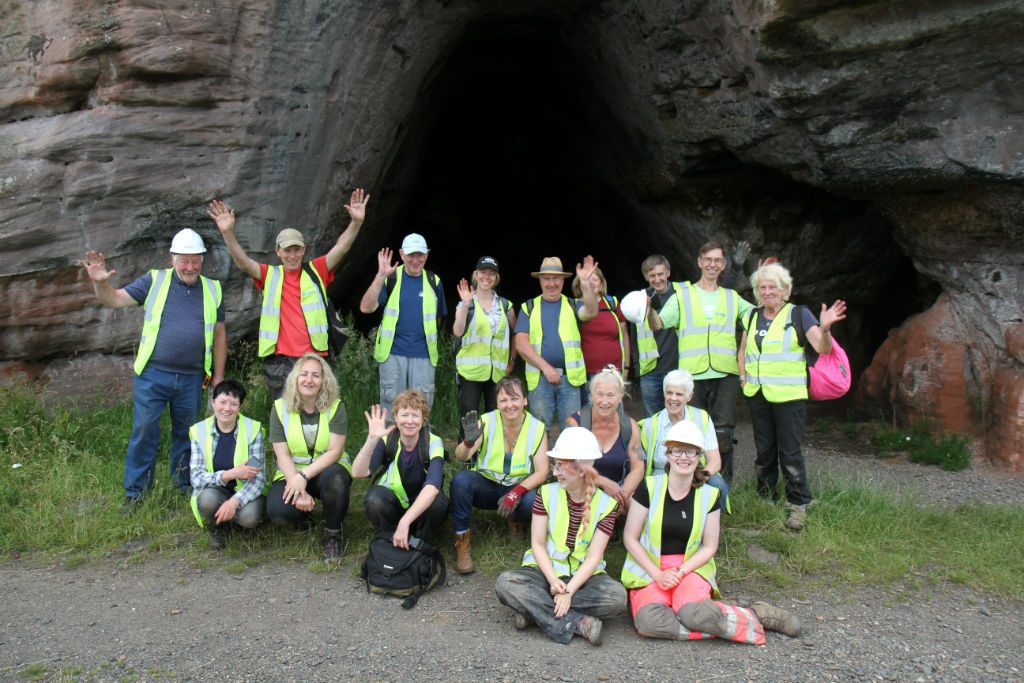 The Northern Picts team re-examined archaeological deposits in the Sliding Cave, first excavated by the Time Team in 2004. A radiocarbon date of 240-400AD from the original dig had provided tantalising evidence for the age of Pictish carvings in the cave. We hope new dates and analysis on material recovered this time around will refine the age of the Pictish carvings and shed light on what the cave was used for. 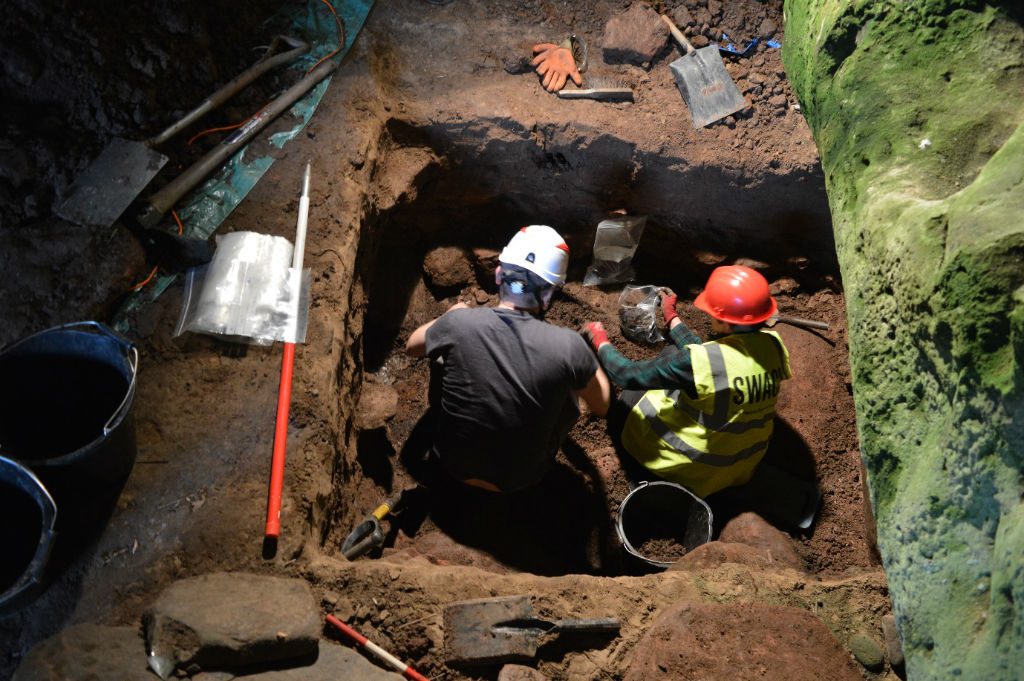 Gordon and Sue excavating inside the Sliding Cave

Inside the Court Cave, a few fragments of medieval pottery were found in a slight hollow on the bedrock floor. All other deposits related to 19th and 20th century trample, suggesting the cave was kept very clean until relatively recently. The upper layers mainly comprised coal dust, and it is tempting to link this with the known use of the Court Cave as a regular place where miners played the gambling game of Toss up to the mid-20th century. 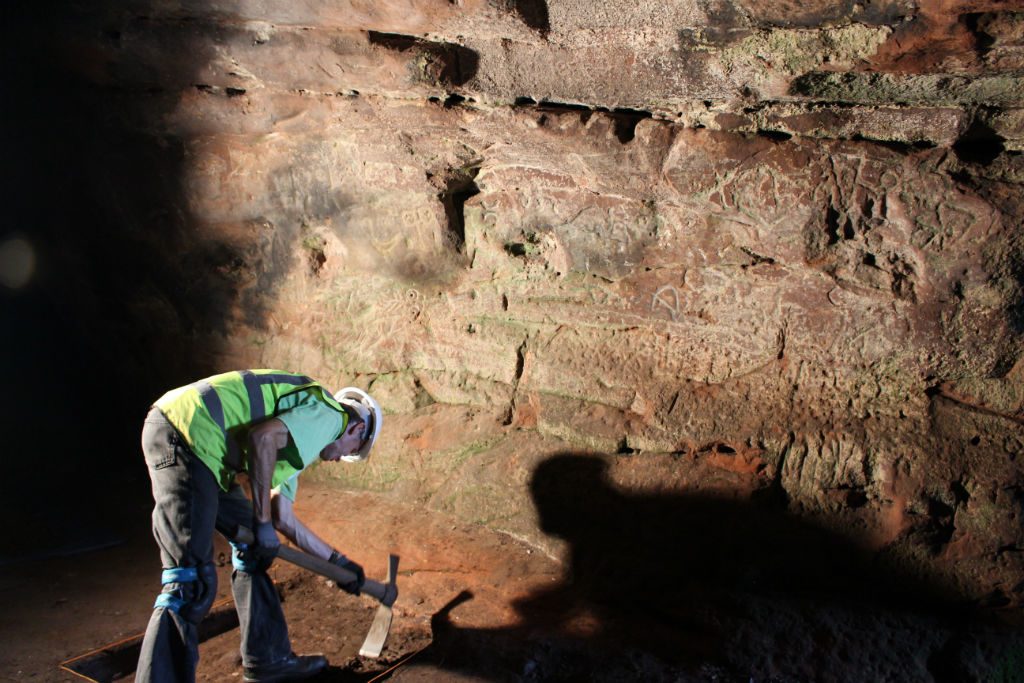 Finds from a trench outside the Court Cave entrance may give us a clue as to where material cleaned out of the cave ended up. Buried under more than a metre of slope wash, Janie and Kriss discovered butchered animal bone, medieval pottery and industrial residues from iron smelting. 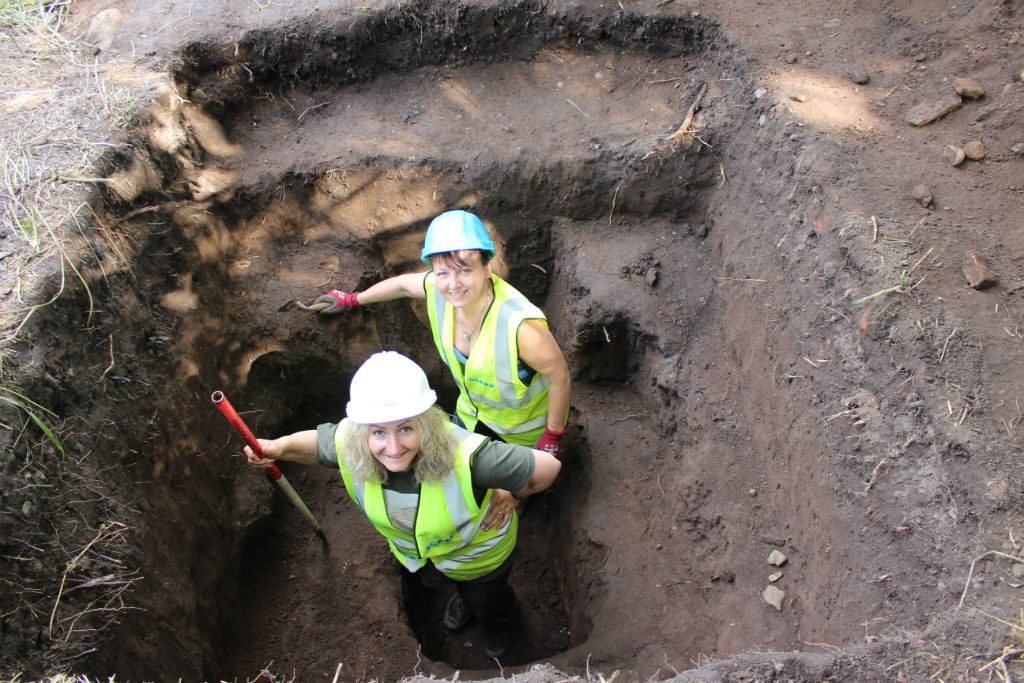 The object on the left of the picture is the end of a tuyère – a ceramic nozzle through which air was forced into a smelting oven. We are hoping to scientifically date the fragment to give us a more precise time period for this metal working activity.

The Doo Cave gets its name from the nesting boxes carved into the cave walls. The cave was probably modified by the residents of MacDuff’s Castle sometime in the medieval period. Our excavations have thrown up a mystery. You can see in the photograph, rectangular niches carved into the floor of the cave. These don’t look like nesting boxes, so what are they? 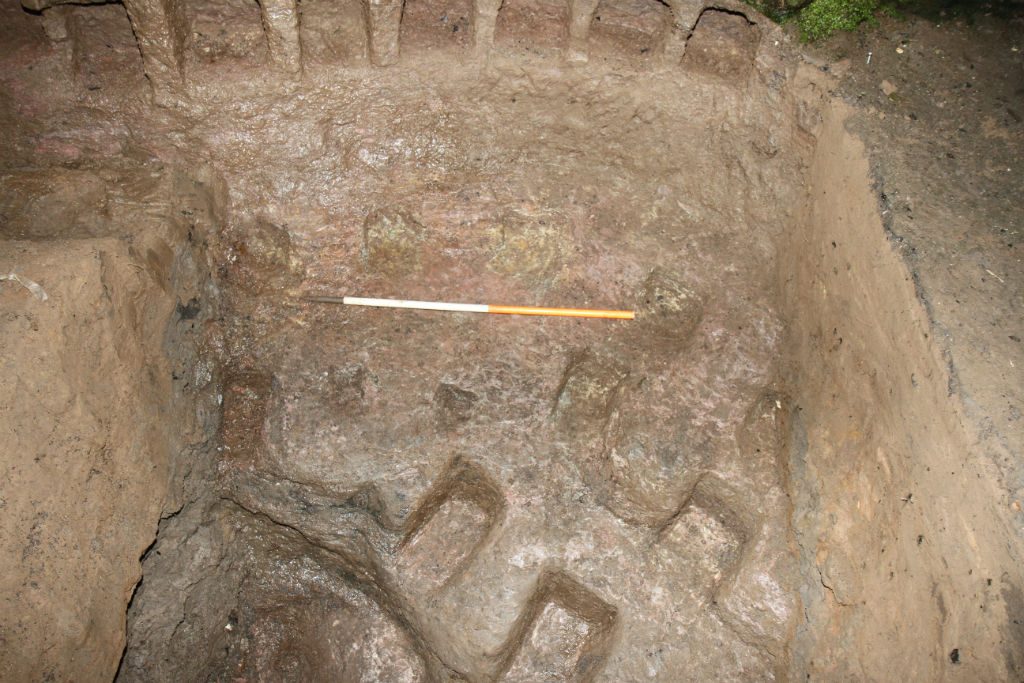 Mystery rock cut niches in the floor of the Doo Cave

Post excavation analysis and further research into this and all the other discoveries are underway and we will keep you posted.