The Wemyss Caves are once again at the centre of a digital whirlwind. Thanks to funding from Fife Council, Historic Scotland and the Heritage Lottery Fund, teams from the York Archaeological Trust, (YAT), SCAPE, and the Save the Wemyss Ancient Caves Society (SWACS) are together again for the roll out of the award winning Wemyss Caves 4D project. 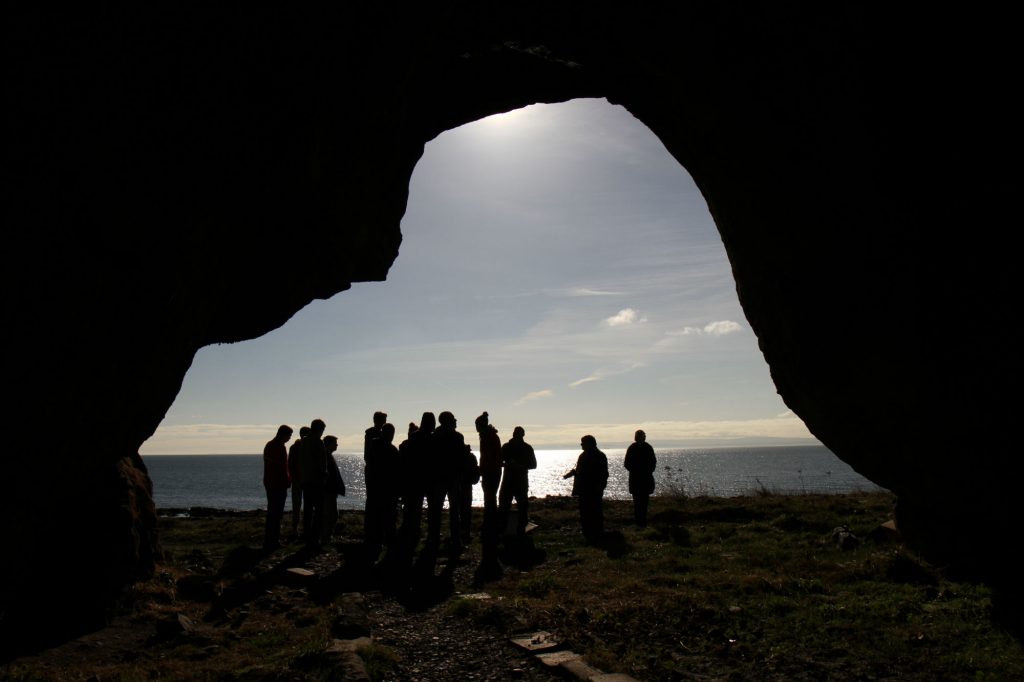 Fieldwork coincided with the solar eclipse in March. Here, the moment of maximum eclipse is captured with students from Dunfermline College in front of the Doo Cave

Marcus and Rachael of YAT, laser-scanned and photographed the entire length of coastline from the Court Cave at East Wemyss to the Gasworks Cave halfway to Buckhaven. On the way, they digitally recorded the interior of every cave and MacDuff’s Castle in incredible detail. 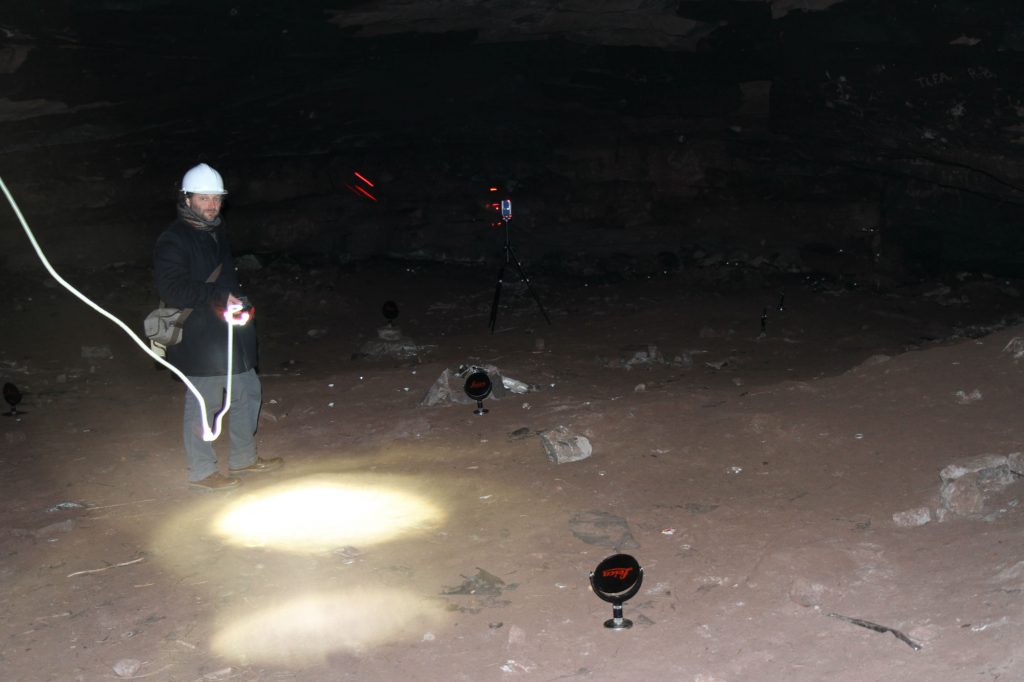 Edward Martin took low level aerial photography of the coastal strip with a camera mounted on a hexacopter. These images will be draped onto the scan mesh to create a very realistic and beautifully textured model. 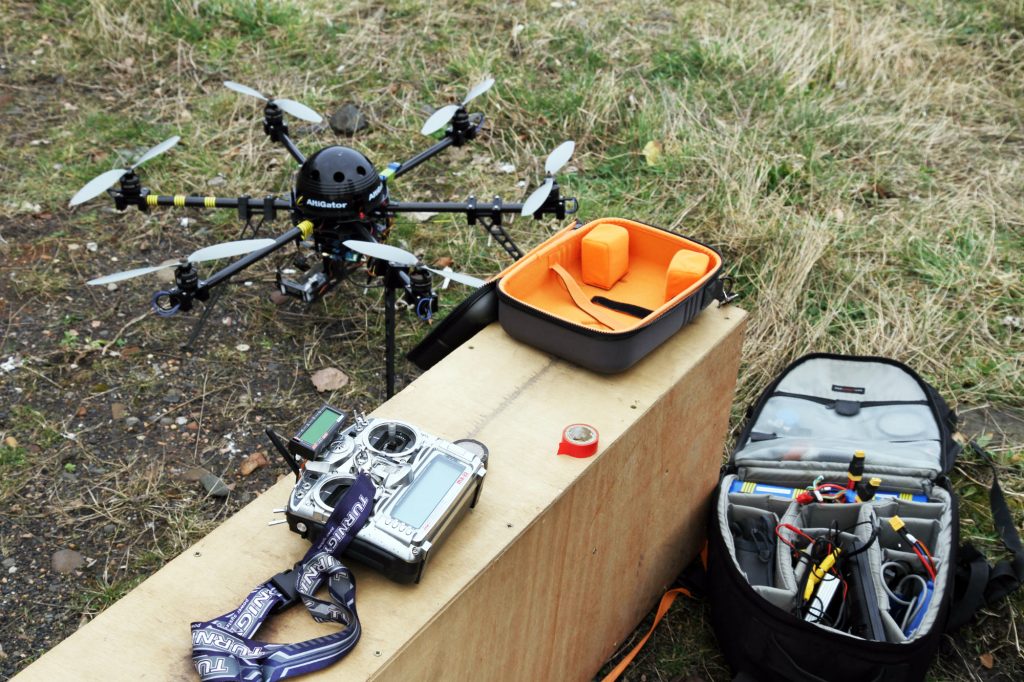 Tools for the digital archaeologist

When the data is processed, for the first time we will be able to ‘see through’ the coast edge in 3D to look at how each cave is carved into the sandstone cliff. How far underground do they penetrate? What thickness of ground separates the base of MacDuff’s Castle from the roof of the Well Cave?

The first draft of the 3D model of the entire coast edge from Court Cave to the Gasworks. Created from the scan data and Eddie’s aerial photographs.

This information will be incredibly useful for understanding in detail the whole geographical context of the historic carvings and in helping to get to grips with potential long-term natural risks to the caves caused by slope and structural failure. 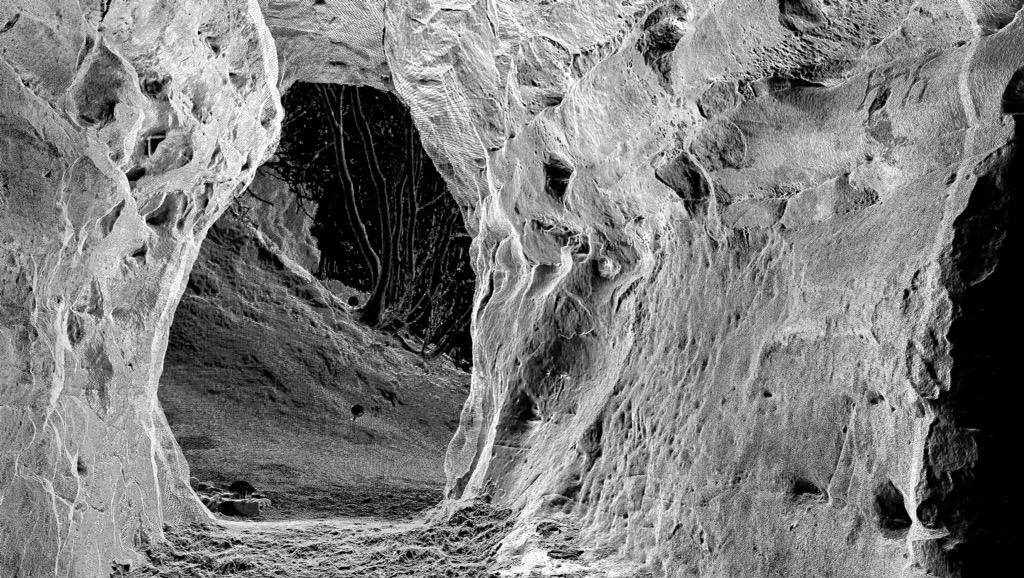 A mesh created from a point cloud of the Court Cave passage, looking towards the sea. Can you see the figure known as Thor with his symbol in the foreground towards the top right of the passsageway wall?

This year, the fieldwork was not a sole YAT affair. Using SWACS own equipment, volunteers carried out all the RTI photography and processing of carvings in Court Cave. 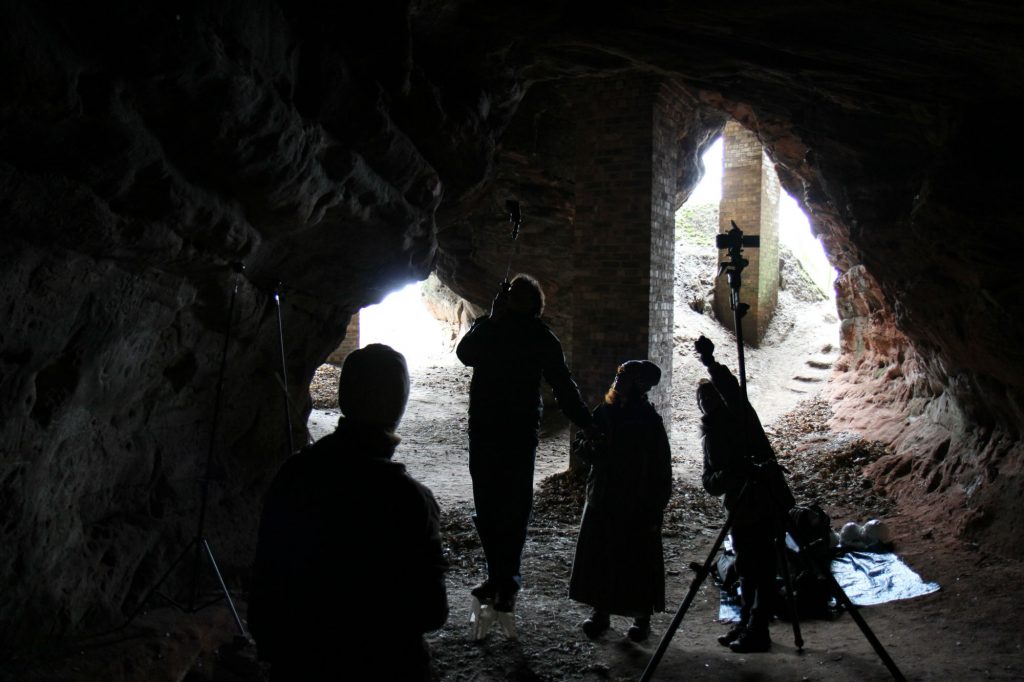 The dance of RTI

This technique allows you to shine a virtual torch across a subject and see details not visible to the naked eye alone. For the Wemyss Caves carvings, it is the perfect technique to add a rich layer of interactive visual information to the sophisticated 3D models created using lasers. If you’ve forgotten how all this works – look back to our Wemyss Caves blog from December 2013. 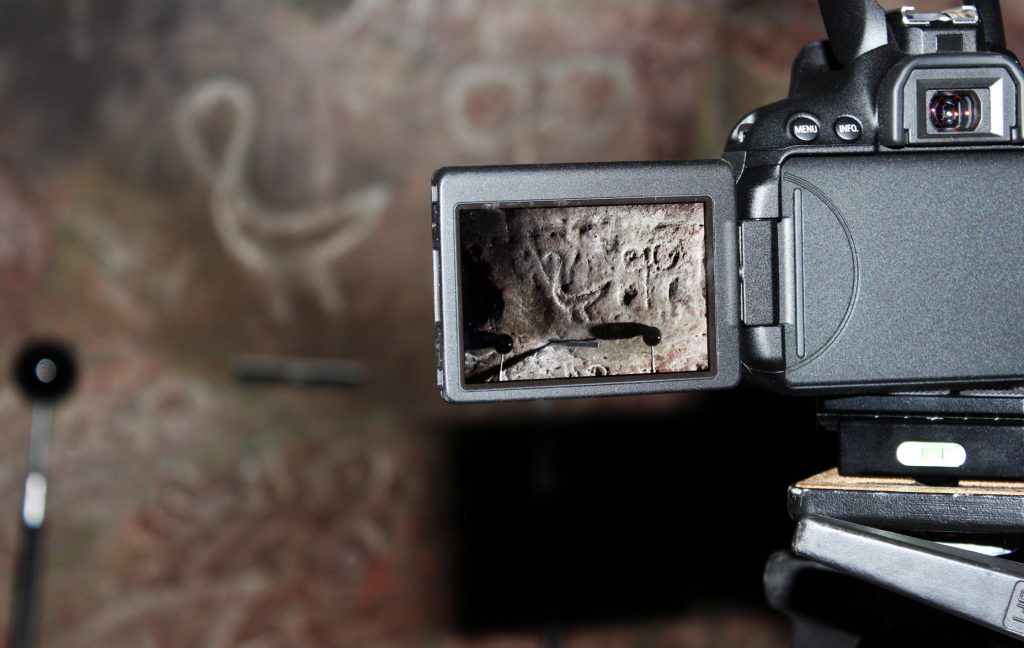 The fieldwork is the just the start. Building on the 4D Wemyss pilot website created for Jonathan’s Cave, all of the Wemyss Caves will be digitally recreated for you to explore in a virtual space. 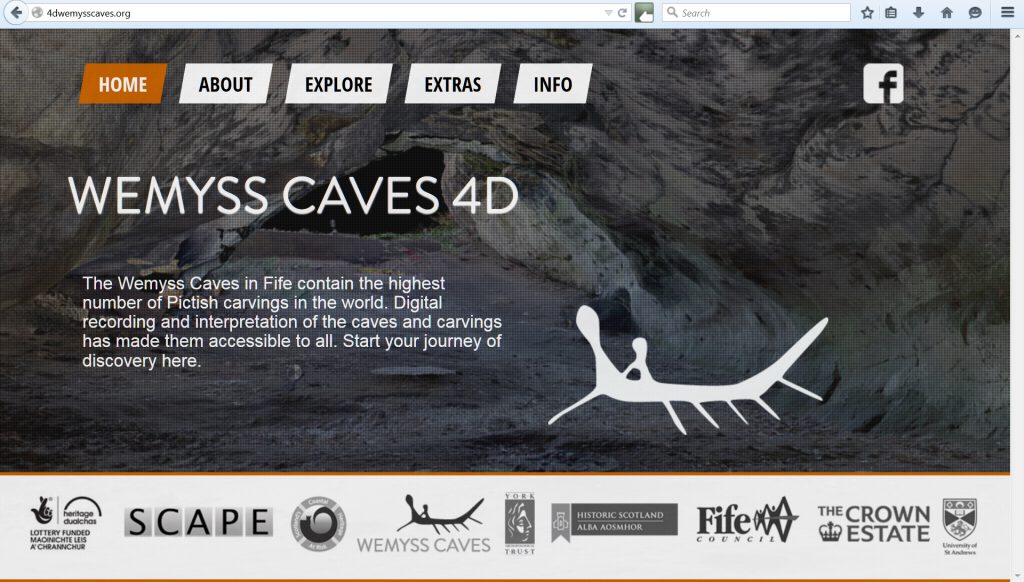 Being digital – it is endlessly malleable. We can re-create the caves as they were 1500 years ago when the Picts inscribed their symbols on the cave walls. We can listen in to miners playing pitch and toss in the Court Cave, and be spooked by the story of the White Lady who haunts it. We can look into the future when sea level rise and continued erosion means that the sea will finally reclaim its caves. Marcus and colleagues will be spending the next few months engaged in the painstaking business of processing the data and building the website, with plenty of input from the East Wemyss community into the time-slices represented and stories that will be told. We are really excited to be another step forward in bringing these unique and valued caves to a worldwide audience. 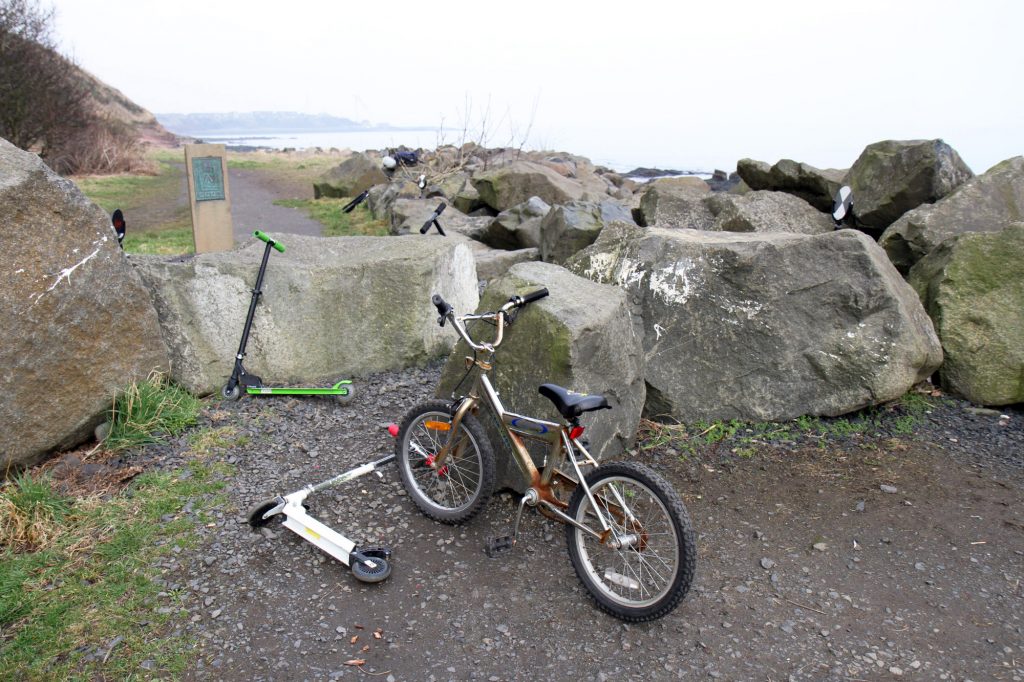