The Newshot Ship Graveyard Part 1: The Mystery of the Burned Schooners

While looking at Google Earth, a sharp-eyed SCHARP volunteer spotted numerous wrecks on the foreshore of the Clyde near the Erskine Bridge. A search on Canmore, the national online database of buildings and archaeological sites, revealed that the “remains of several mud punts (once commonly used for dredging operations on the River Clyde) and at least three other craft are recorded lying within the small creek…” and that “…initial research and contact with local people suggests that the craft were abandoned there after a wartime bombing incident in one of Glasgow’s docks had severely damaged them by fire.” 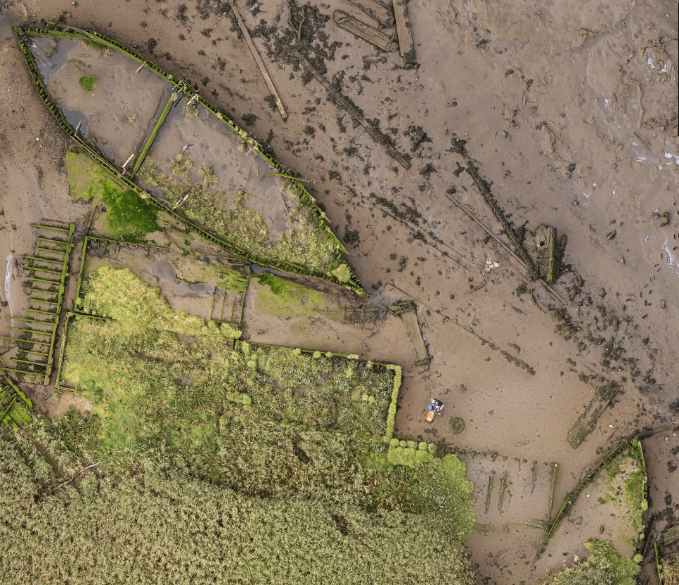 View of two wooden ships and mud punts at Newshot. To see a super high-resolution view of all of the boats, follow the link to Eddie Martin’s image below

The story was intriguing, and a visit to the Newshot ship graveyard showed that it would be a perfect location for another joint ShoreDIG project with the Nautical Archaeology Society. Over thirty people attended our first weekend of recording in October, including Steve from NAS and Courtney from the Museum of London Archaeology, who is helping to organize ‘CITiZAN’, a project with similar aims to SCHARP that will start in England next year. 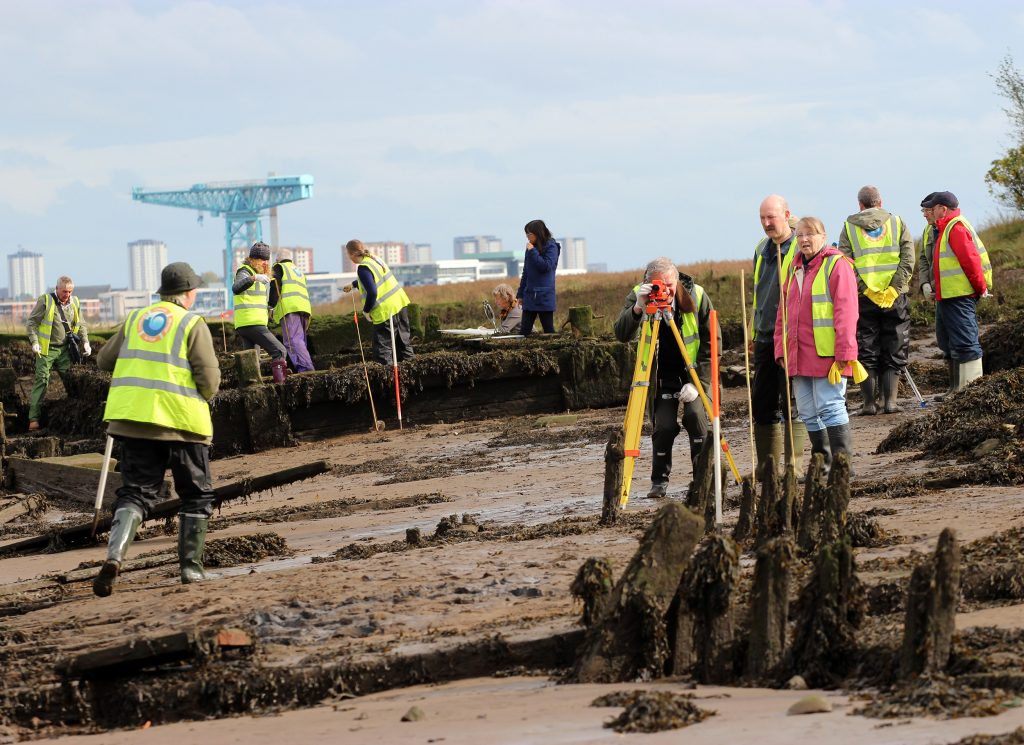 In advance of the recording weekend, we’d visited the site and Eddie Martin used his hexakopter (a remote controlled helicopter fitted with a camera) to take a number of aerial images. He stitched these together to make highly detailed aerial views of the boats, allowing us to see far more detail than possible with Google Earth. 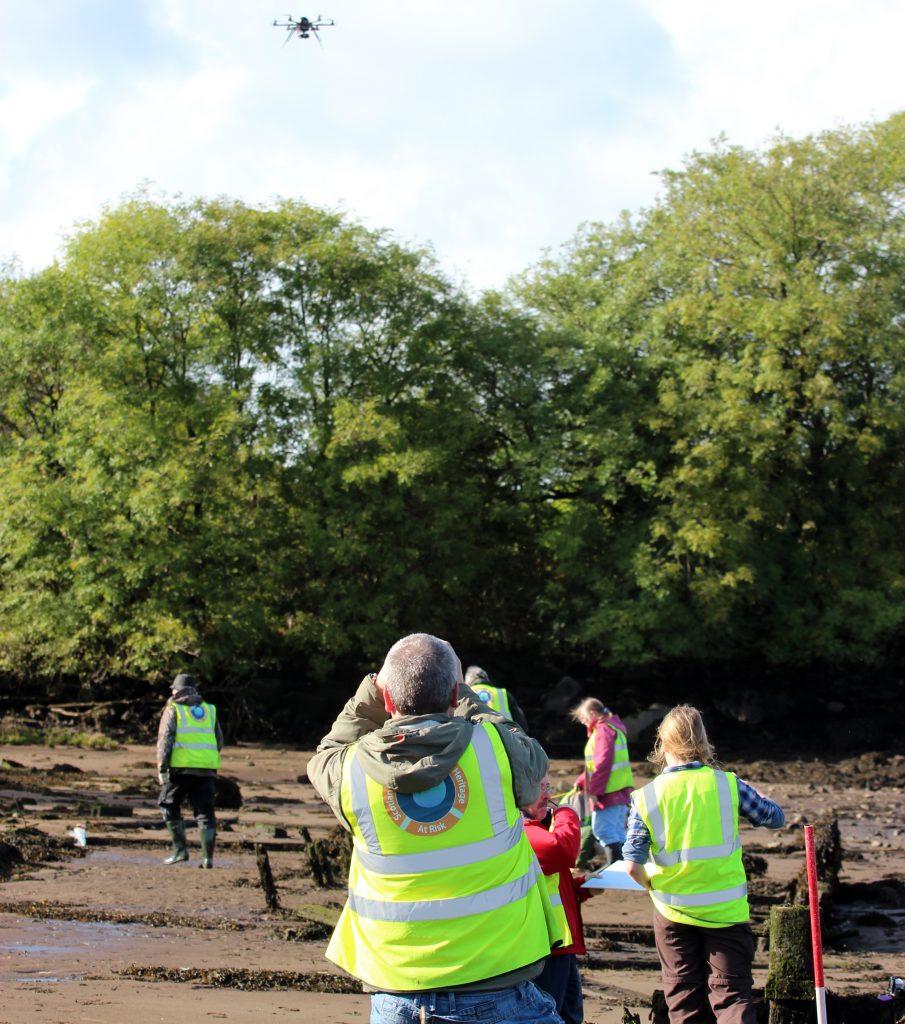 Watching the hexakopter as it takes photos of the site.

We’d also put in control points and used all this information to help us set up our survey. The weekend was a great success, with participants drawing plans and profiles of the vessels, and we are now planning our next event at Newshot.

But local resident, Ian, had questions about the origins of the ship graveyard. He wasn’t convinced that all the boats were victims of a German air raid. Eddie’s photos showed us that there were four wooden ships, not three, but could we find out more about the wartime bombing? 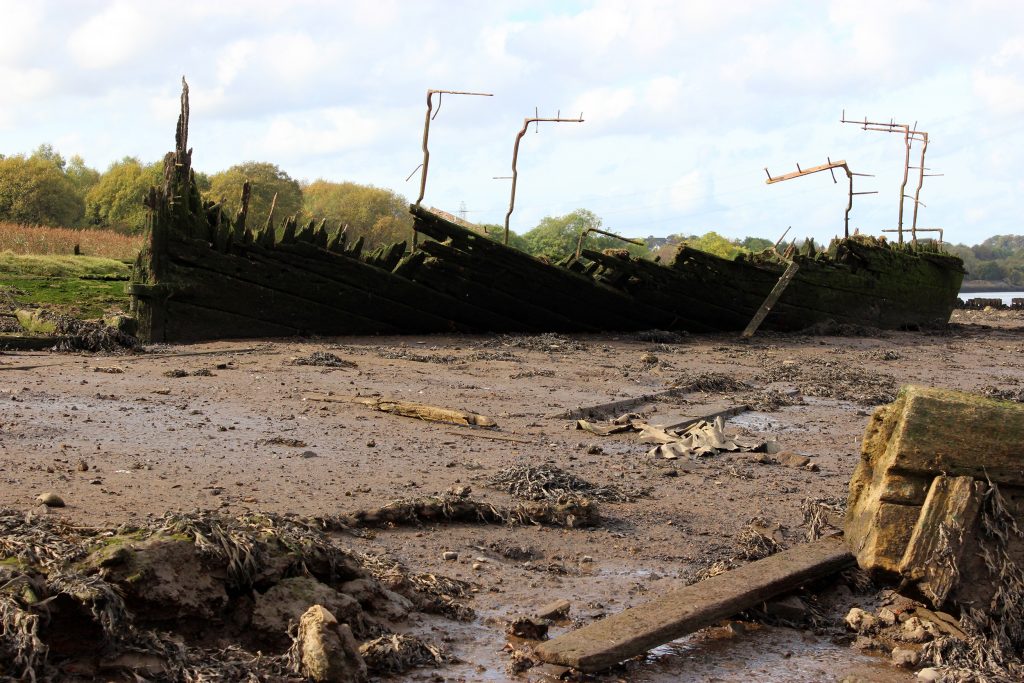 One of the Newshot schooners

The first place that we looked was on the website of the National Collection of Aerial Photographs. This is a great resource and has thousands of online aerial images. Although you can only see small images without paying a subscription fee, it’s a great starting point to see what is available.

There are several images of Newshot Island, and one taken in 1965 clearly shows three of the wrecks amongst the mud punts (the fourth wreck is submerged except at low tide). Another image, taken in 1947, gives an even better view, suggesting that one of the ships survived to the height of its deck.

Aerial Photos of the ships at Newshot Island. The ship with decking is circled in blue.

So far, so good – the boats were in the creek immediately after the war. We also know that the Germans had identified targets in the area, as shown by a Luftwaffe image taken in 1939; and there was extensive wartime damage to the area during the Clydebank Blitz on 13 and 14 March 1941; and a circular hole on Newshot Island (visible on Google Earth), could be a bomb crater. It seemed possible that the boats may have been damaged during the war. 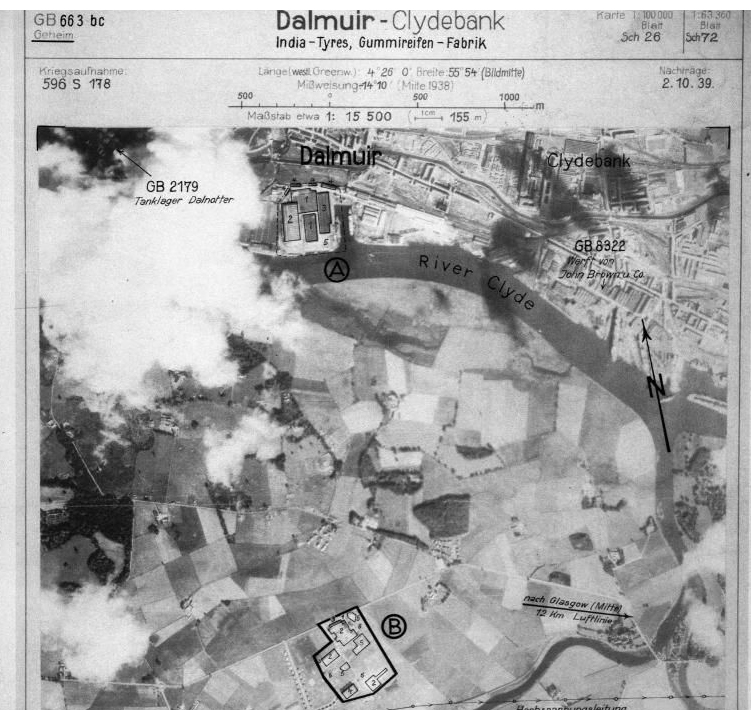 However, we then ran into a problem. An image taken in 1937 seemed to show the vessels. We looked at other pre-war images, and in all of them, faint traces of the boats were identifiable. 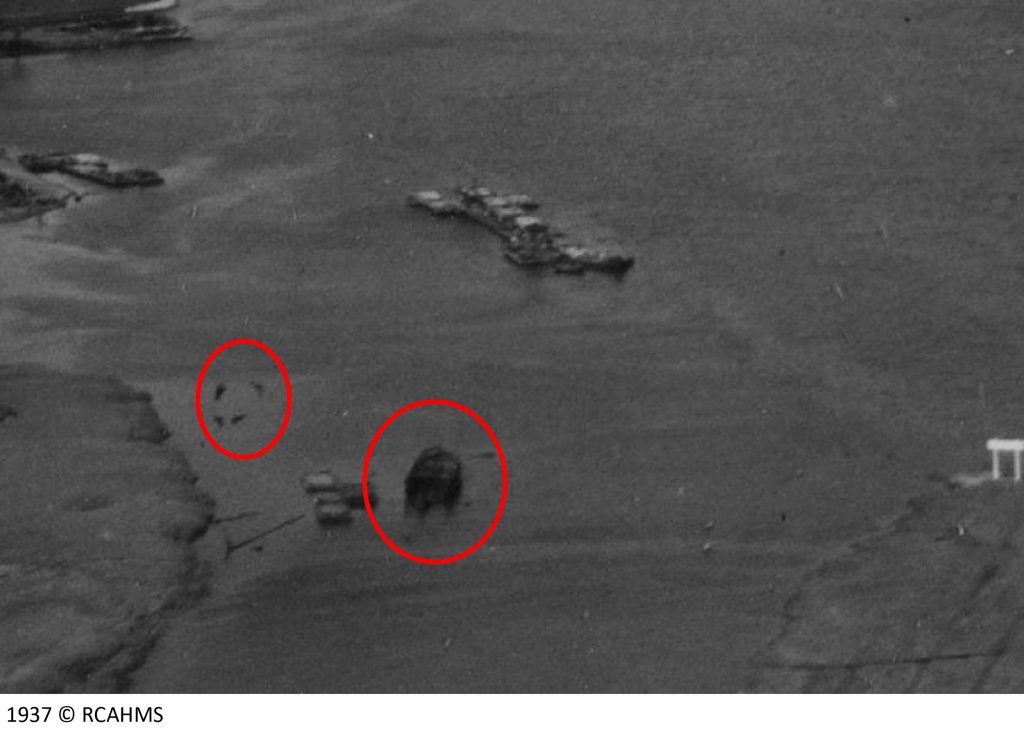 Aerial view from 1937, with two wrecks visible at high tide.

This seemed to disprove the wartime bombing theory, but if they weren’t destroyed in the war, how did they get there?

An internet search for dockyard fires in Glasgow revealed several references to a large fire at the Kingston Dock on June 18th, 1914. The Dock has since been filled in and apartments built on it, but it used to be on the south side of the river, on the south side of the Kingston Bridge. The story was reported in a numerous newspapers around the world, and a search of online newspapers revealed that the fire started when workmen were boring a hole into a creosote-soaked timber pile with a red hot iron. Several articles, including this from the New York Tribune, named four schooners that were burned in the fire. 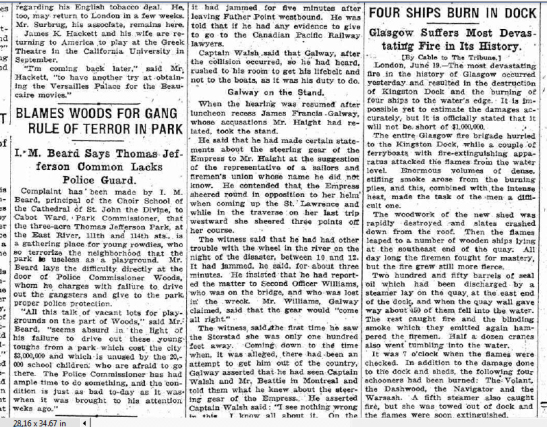 Article in the New York Tribune, June 1914, about the burning of the Kingston Dock

Other papers noted that the cargoes of the destroyed boats included paving stones, clay and limestone (the dock was being refurbished at the time of the fire). One paper even published photographs of the aftermath of the fire, with one of the burned schooners clearly visible in the foreground. 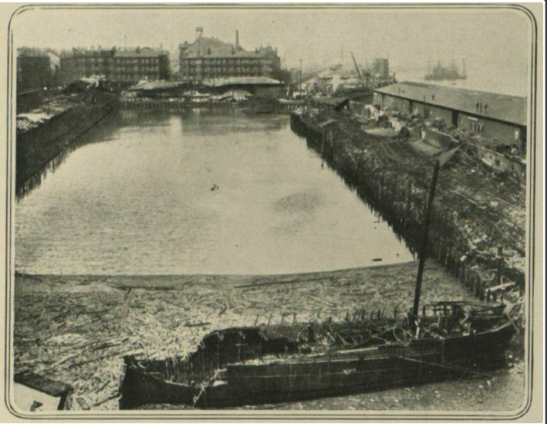 A burned schooner at the Kingston Dock, 1914

So, although the four Newshot ships were destroyed by fire, confusion had arisen over the date, probably because 1914 is so closely associated with the First World War, leading to the event being transposed to the devastating bombing of the Second World War.

We had explained the presence of the schooners, but why were the mud punts abandoned on the foreshore? and what was the function of the strange vessel with the distinctive chamber at the back? – (click here to explore Eddie’s detailed image). Read Part 2 to find out about our other exciting discoveries at Newshot.