The coastal team has spent the past week investigating the well-built stone wall and series of ash dumps exposed in one of the eroding sections at Cromarty.  We have removed each layer in sequence from the most recent deposits at the top going back in time  until we reached the earliest ones at the base of the section. Our work here revealed that the wall had been built on top of the original ground surface; a thin layer of soil on top of the beach sand. 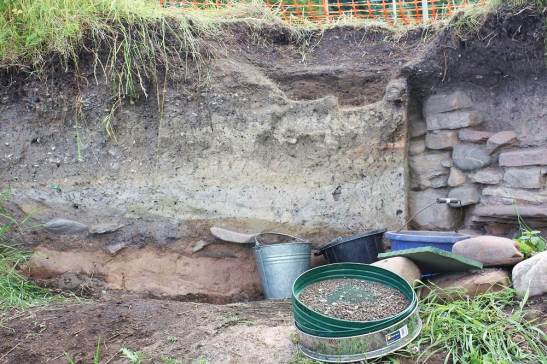 Layers of wood ash piled up against the wall. The ash is full of fish bone. Are we looking at the remains of a smoke house?

Excitingly, the extension of this wall has now been found in the trench in the field behind the coast, so it seems to belong to a large building.

After the wall was built, the ash layers were dumped up against it. These are mostly the ashes of wood fires, and we’ve been sieving each layer carefully, which has certainly paid off: sharp-eyed volunteers have found thousands of tiny fish bones in these ash dumps. The sheer quantity of wood ash and fish bone and lack of other finds suggests an interesting possibility that these deposits are the result of fish smoking – rather than the remains of meals.  This is one of the questions we will hope to answer in post excavation by analysing the types of bone present. 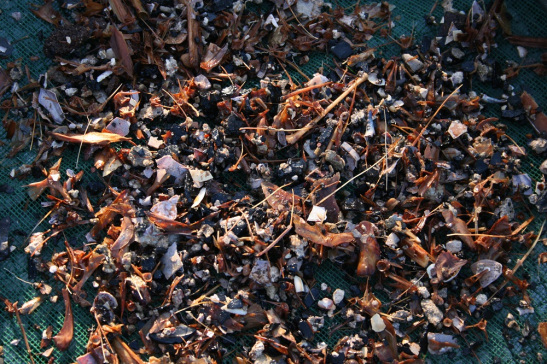 A sieve of fish bone

After carefully recording each layer as we dug it, and drawing the section, we’re now finished in the first area of erosion and have started work on the second one, about 20m along the beach to the east. 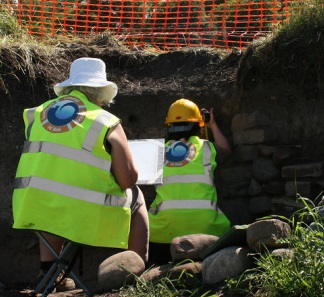 We made an exciting discovery this afternoon. Right at the bottom of the sequence, we identified two interesting features. A shallow hollow cut directly into the beach sand might be a boundary ditch while a post hole next to it might be the remains of an early fence line, dividing the land into the first burgage plots. On top of these, is a layer of soil which we think is the medieval land surface. We’re looking forward to digging these features tomorrow, hoping to recover some dateable artefacts and answer some of the questions about the early history of this part of Cromarty. 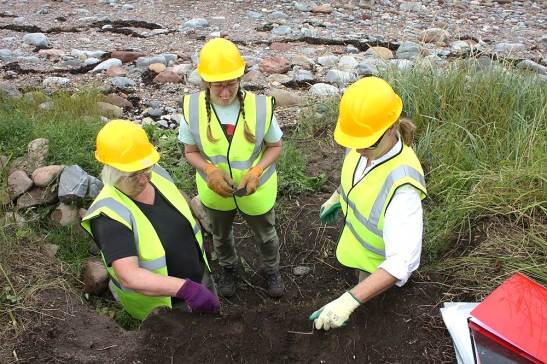 Stand up digging at the coastal section!