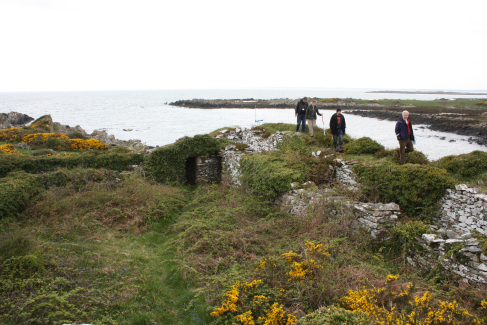 This weekend Ellie and Natalia headed down to the Solway Coast to meet some brave volunteers and look at some sites between downpours.

On Friday, we met local county archaeologist Andrew Nicholson and coastal ranger Nic Coombey,  who took us to a few fantastic sites near Kirkcudbright. Firstly, we parked by Kirkandrews and walked along the shore to the stunning Seagate of Castle Haven Dun, an impressive drystone dun whose substantial remains are almost invisible from the road. We then moved a little westwards to Knockbrex Bay landing place where three stone navigation aids lead boats into the small harbour complete with crenelated outbuilding. 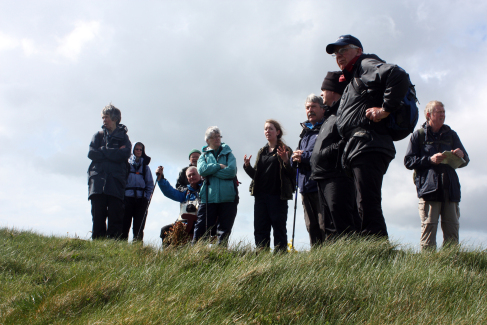 On Saturday, we took part in the Newton Stewart Walking Festival as Ellie was giving short talks on the sites we passed from Monrieth to the Isle of Whithorn. While the walk was 10miles and the weather changeable, it was great to see such a long stretch of the Solway coast with enthusiastic good company. Ellie discussed Back Bay promontory fort, St Ninian’s Cave, Castle Feather fort and towerhouse and Burrow Head WW2 defences. By the time we rounded the corner in the late afternoon, the sun was even shining enough for a rainbow to appear above the Isle of Whithorn! 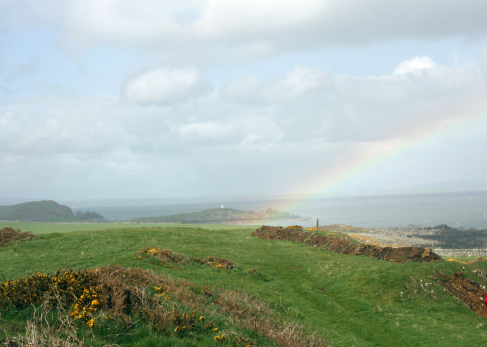 Rainbow over Isle of Whithorn

The next day we met some volunteers at Rockcliffe to do ShoreUPDATE surveys for the coast up to Castlehill Point and were delighted to see both returning and new faces. We discovered a new cleared way and completed ShoreUPDATE surveys for Nelson’s grave and Castlehill promontory fort. Then in the afternoon we escaped the worst of the rain in a café to talk about the sites and the project over some well-earned tea and cake. On Sunday evening, Ellie gave a talk in Newton Stewart on the coastal archaeology of the Solway Firth and SCHARP as part of the walking festival where we were made very welcome and had some interesting discussions with participants. 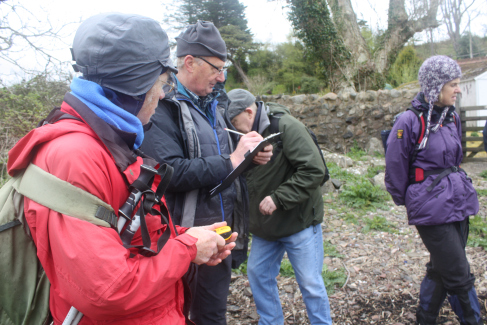 Thankyou to everyone who took part in our activities over the weekend- we had great fun!