Over four seasons of excavation between 2004 and 2007, SCAPE, GUARD, the Adopt-a-Monument Scheme and the Unst community investigated an eroding mound on the beach at Sandwick on Unst – the  northernmost of the Shetland Isles. 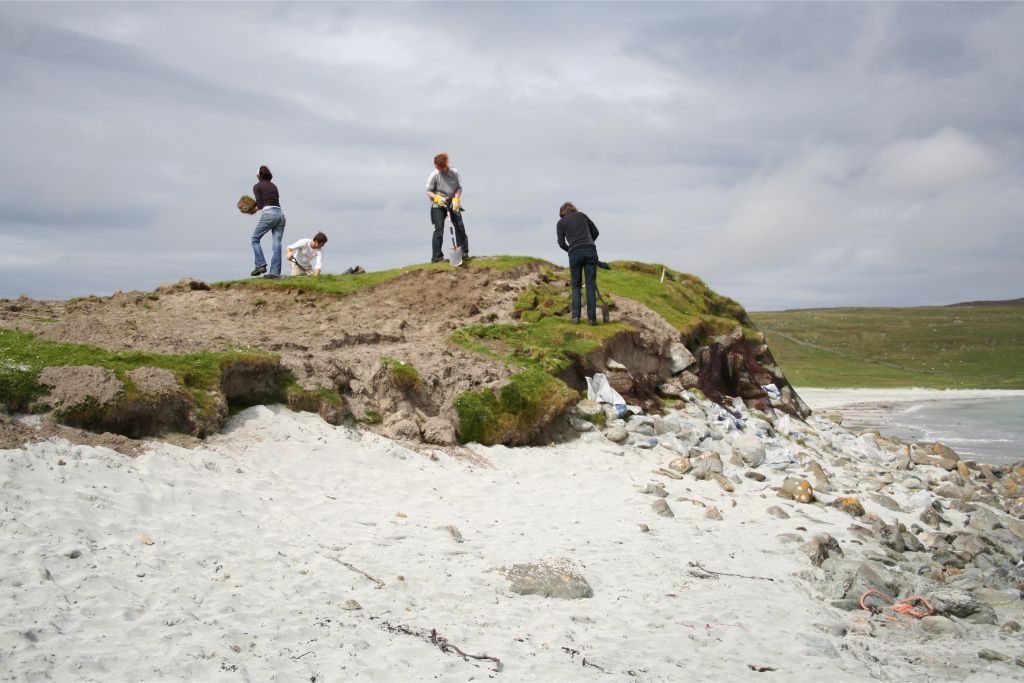 The excavation revealed that the stone structures and middens belonged to an Iron Age settlement which was occupied for around 500 years over the late 1st millennium BC and the early 1st millennium AD. 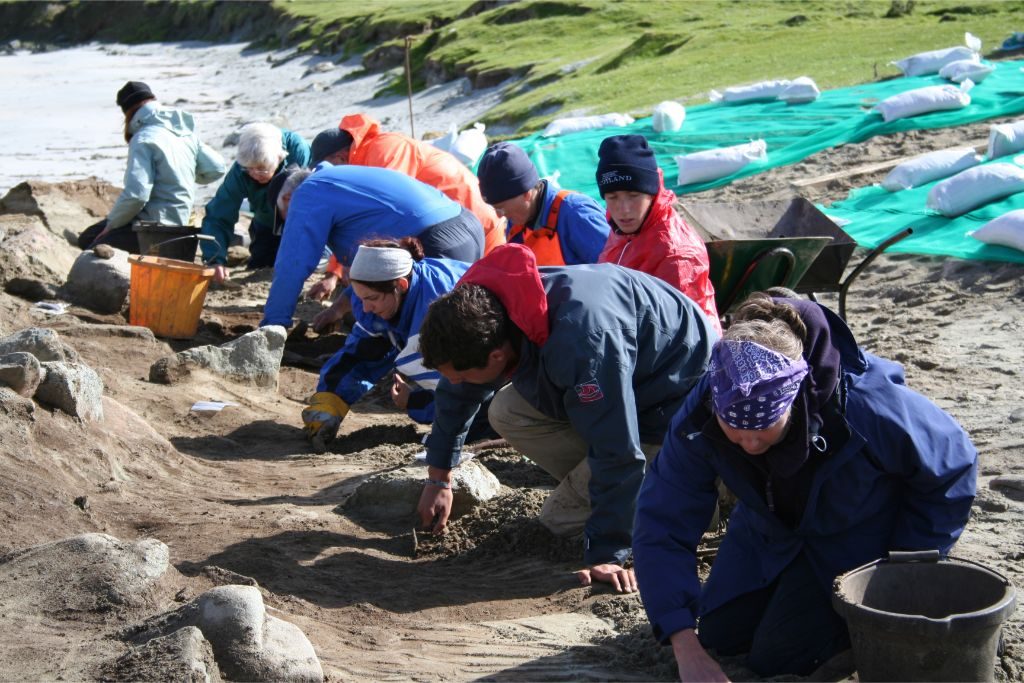 It went through many phases of use, reuse and remodelling. As well as a house, workshops were built for crafts and metalworking. The wealth of finds recovered reflects this range of activities, and includes painted pebbles, tools, ivory and glass beads, and pottery, as well as raw materials, tools, and waste from iron smelting. 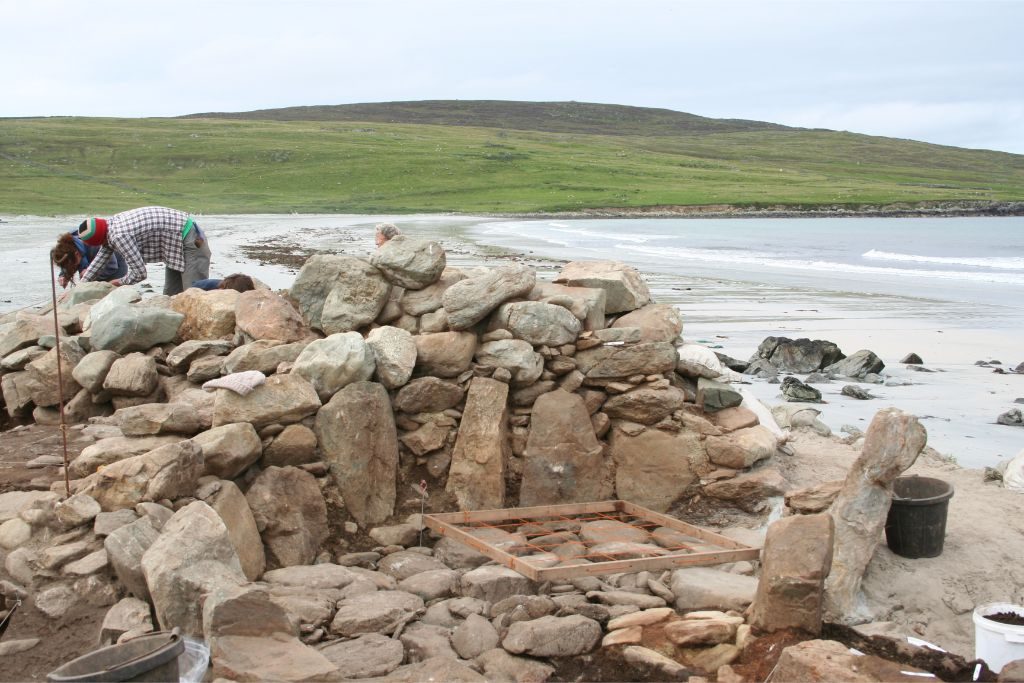 The buildings were abandoned, then covered by windblown sand, but shortly afterwards the site was reused again for a different purpose, when a grave was dug into the site.

Once the archaeological work was finished, the site was reconstructed and consolidated, and an interpretation panel installed for visitors to the beach to learn about Sandwick’s prehistoric archaeology. 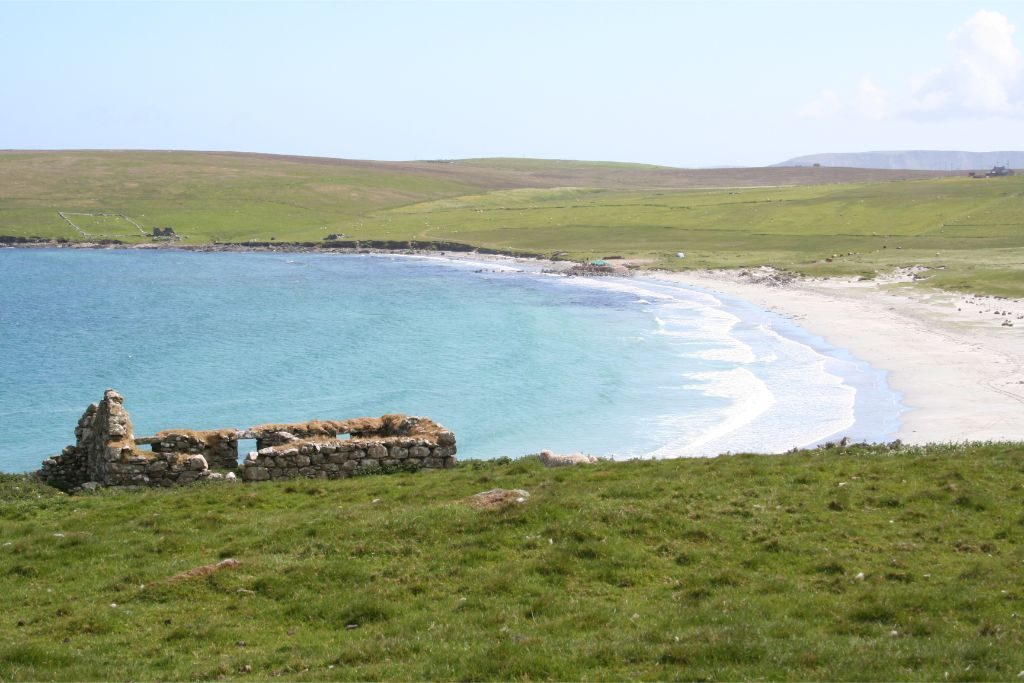