In October 2015, shifting sand at Pettycur beach near Kinghorn in Fife revealed the outlines of a stone structure on the beach. The site is well-known locally. A cannon was discovered here in the 1990s, and small parts of the structure periodically emerge from the sand. However, when Pettycur resident Roy brought this site to our attention, no-one could remember so much of it being exposed. 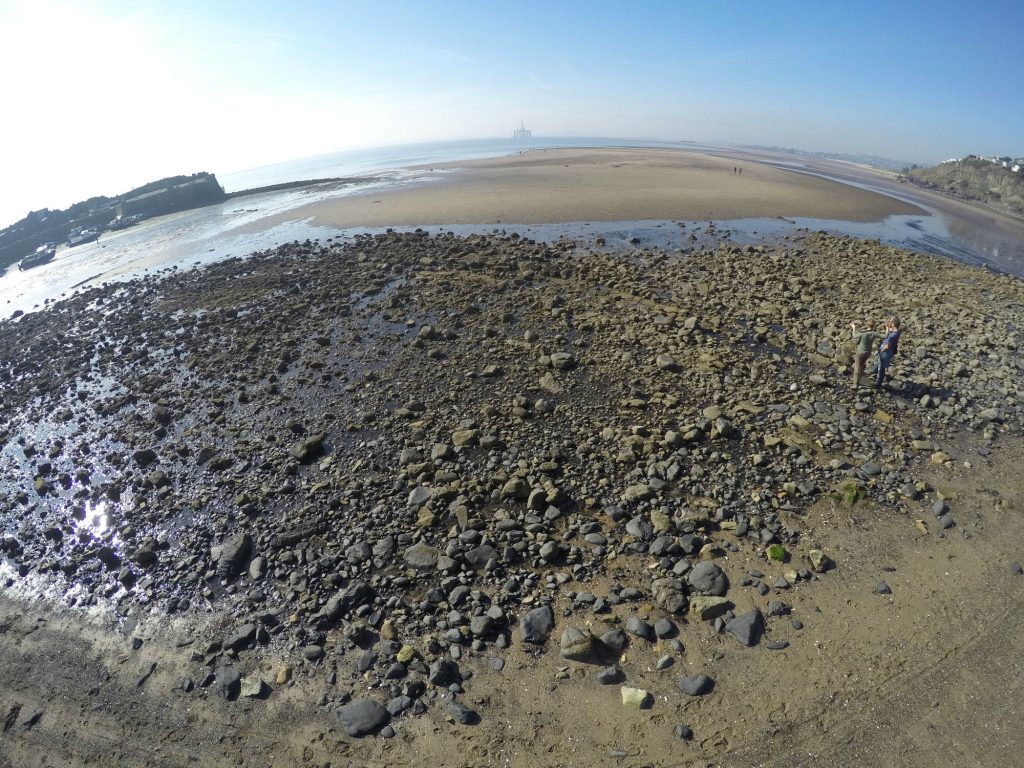 The spread of stone in the foreground of this dramatic view of Pettycur taken during a super low tide in October, is all that remains of the 17th century harbour

Pettycur has a long history as the main ferry landing place for travellers from Leith. The present harbour wall dates from the 1760s. However, it is known there was an earlier harbour, and there is a church record in Perth dated 25th August 1625 that states in March 1625 there was “a great and ferefull storne and tempest which led to the harbour of Pretticur being totallie overthrawin and brokin down”.

Could this structure be the remains of Pettycur’s 17th century harbour? Local opinion was divided.

A spa well, a coke works, a bottle works and a salt works have all come and gone on the seafront at Pettycur over the last 200 years. The structures may be related to any one of these. 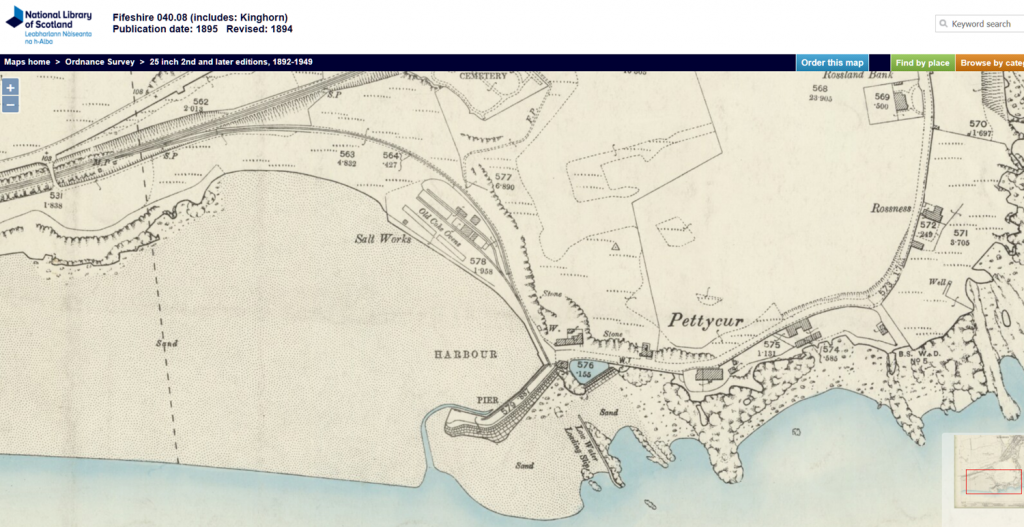 On a beautiful October day, we surveyed what we could see. Research by the Kinghorn Historical Society unearthed this plan of 1801 drawn by John Rennie who was commissioned to design a basin to flush sand from the present harbour. 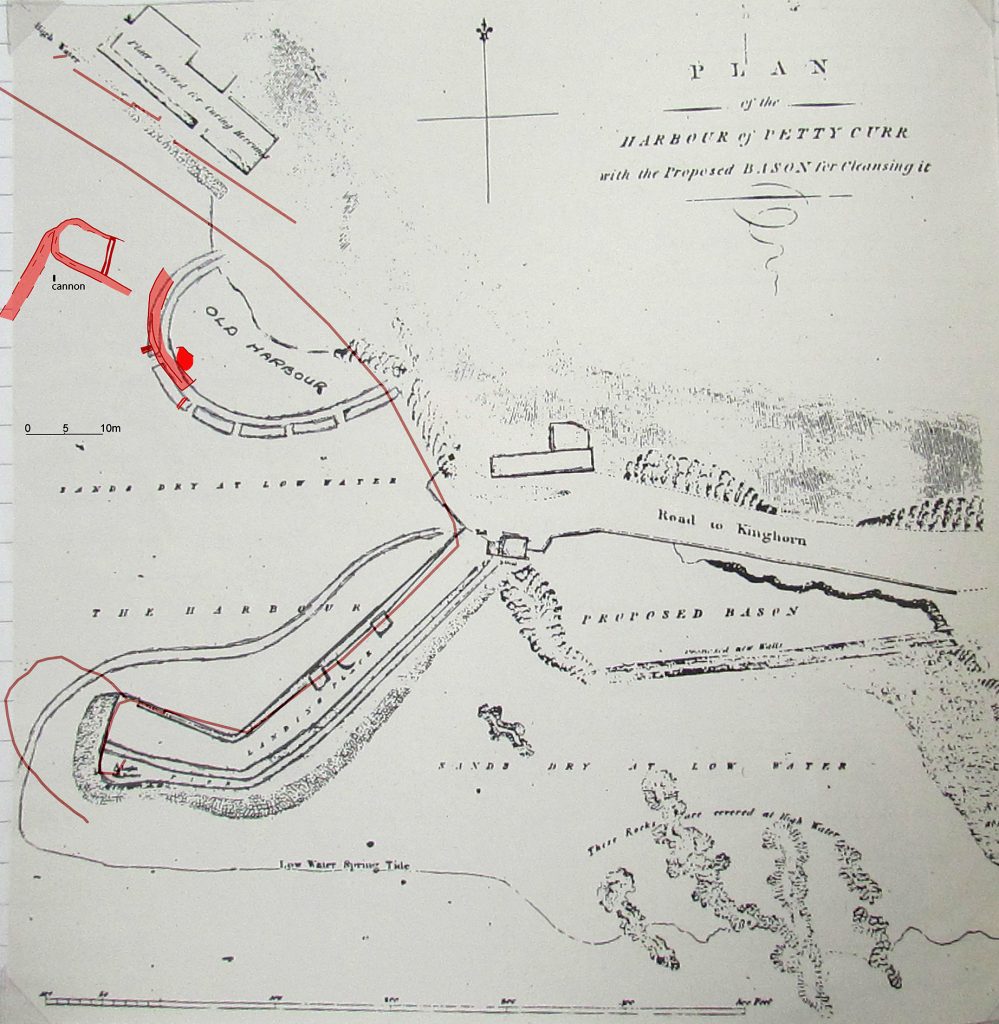 Fortunately for us, Rennie also depicted the remains of Pettycur’s Old Harbour. When we overlaid our survey, the coincidence of the two put the identification of the structures as the old harbour beyond doubt.

The best way of understanding the structure is from above. Click on the image below to bring up a gigapan of the site made by Eddie Martin. 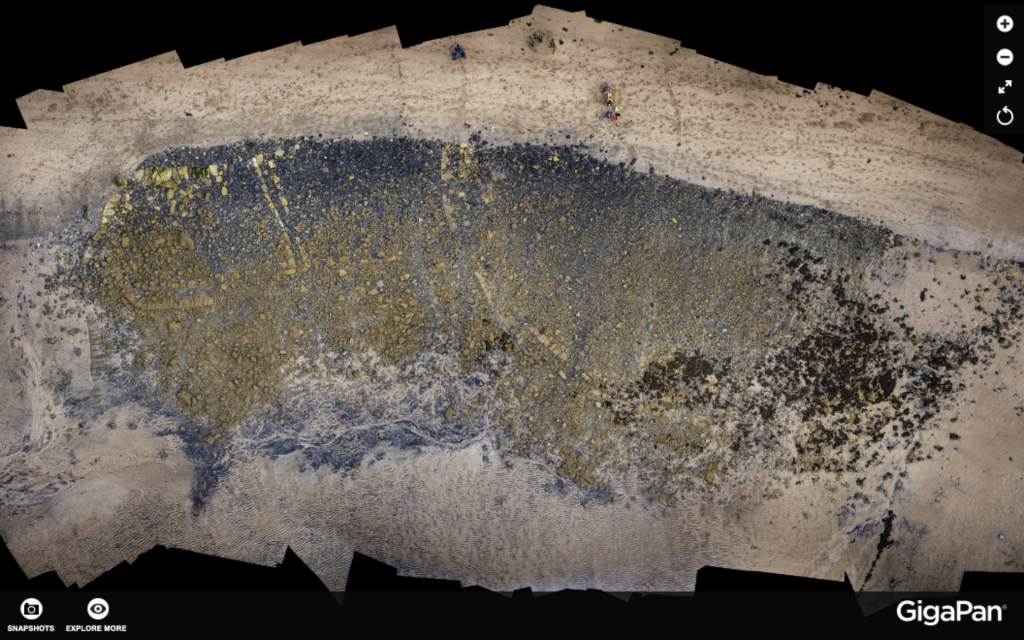 A montage of the whole site

We thank the Pettycur community for bringing this fascinating and unusual site to our attention. We hope you’re inspired to visit this beautiful corner of Fife to see it for yourself.