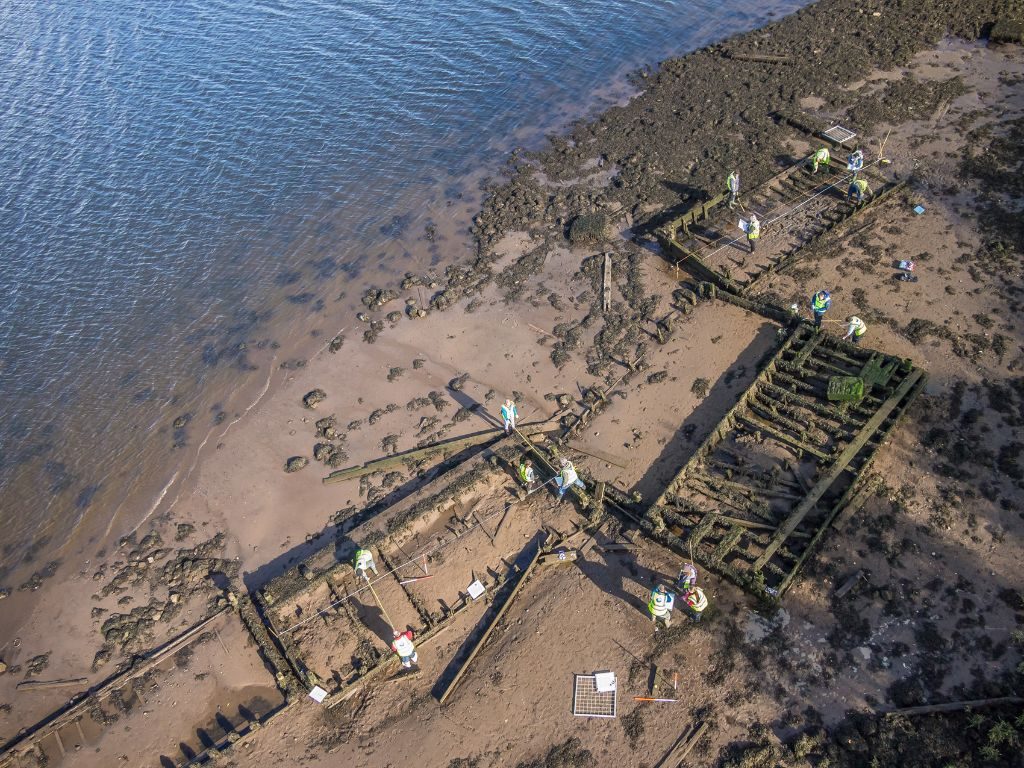 Covered by every tide and largely hidden from view, on one of the busiest waterways in Scotland, lie the remains of a group of extraordinary vessels. Joining forces with the Nautical Archaeology Society and volunteers from the local area and further afield, we surveyed this boat graveyard and researched the histories of the boats.

Most of them are wooden mud punts. These floating platforms received the mud from the dredgers that deepened the River Clyde in the 19th and 20th centuries. Originally there was a fleet of hundreds which operated on the Clyde, but these are the only surviving examples.

The only metal boat is surrounded by a cluster of punts. Local resident Ian, who knows the site well and brought it to our attention, did some research in the archives and identified this as a diving bell barge. 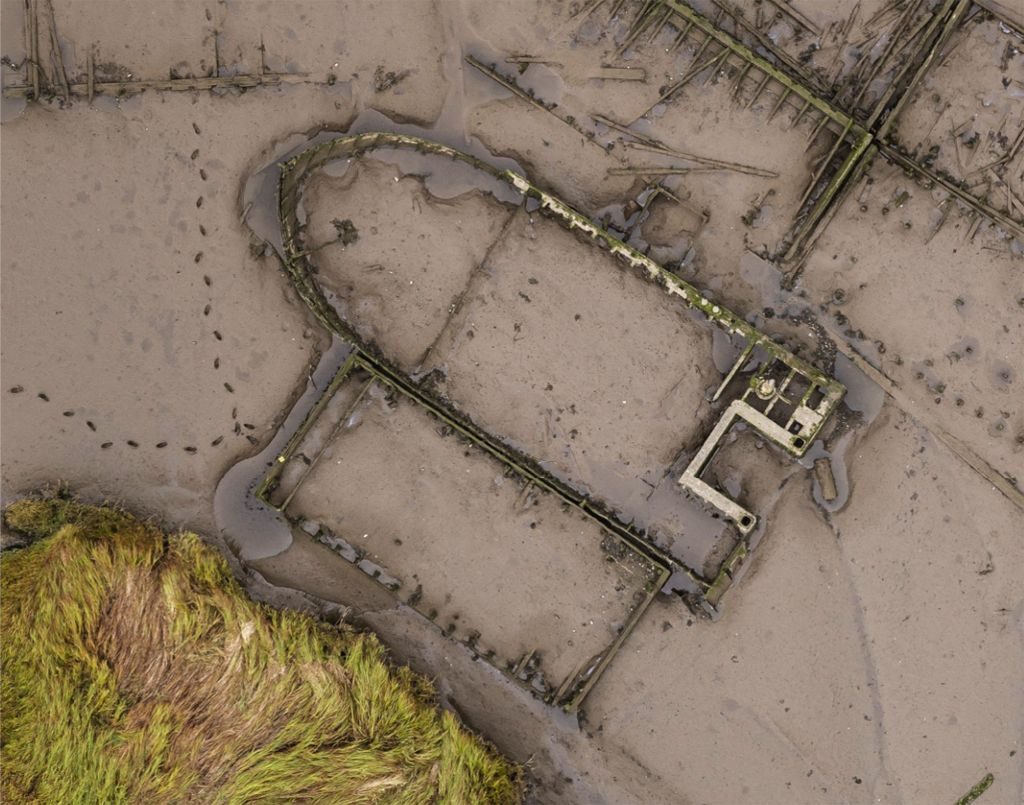 The distinctive square cutout in the stern housed the metal diving bell, which sent workers down to the riverbed to manually excavate the hardest rocky areas that defeated the steam dredgers. Two of these barges were built in the mid-19th century, and detailed specifications for their construction are held in the Clyde Navigation Trust archives, at Glasgow’s Mitchell Library. By comparing these plans to the size of the barge at Newshot, we were able to identify it as the earlier of the two, built in 1852. As far as we can tell this is a unique vessel, the earliest surviving example of a dive support vessel.

These vessels tell the story of the massive engineering effort which transformed the Clyde from a shallow river and opened the city of Glasgow to the sea.

However, the muddy riverbank at Newshot also holds the remains of 4 schooners. Originally recorded as having been destroyed in a wartime bombing incident, our research showed that actually they were dumped here much earlier than this. Four schooners were damaged in a fire which started when Kingston Dock was being refurbished in 1914. A local man remembers his grandfather speaking about the boats being towed down from Glasgow still smouldering. 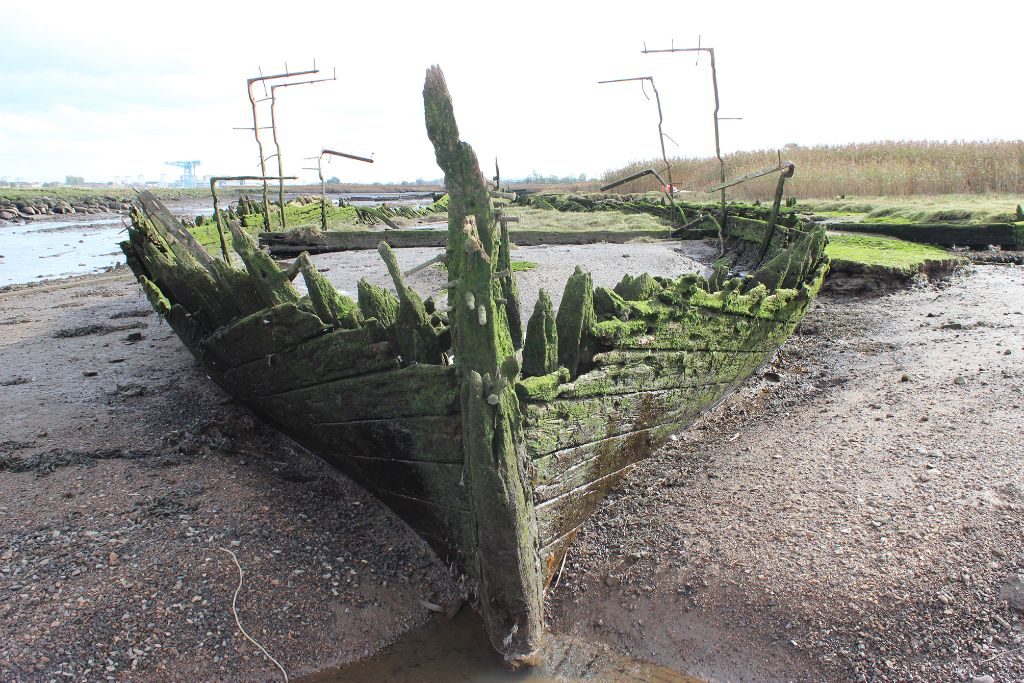 Explore the mud punts, the schooners and the diving bell barge in incredible detail by clicking on the screen below, zooming in and panning around. Created by Edward Martin.