In February 2013, the North of Scotland Archaeology Society (NoSAS) alerted us to a collection of wooden wrecks in a poor state in Loch Fleet that they had encountered on one of their ShoreUPDATE surveys.

The only record we could find of the site was a single reference to a newspaper article in the Highland Historic Environment Record. This suggested that the boats were the herring fleet belonging to nearby Embo village, and were deliberately scuttled and burnt after the First World War.

We joined forces with NoSAS and the Nautical Archaeology Society (NAS) to research and make a proper record of the boats.

Over 2 freezing weekends in November 2013 and February 2014, we recorded a total of 19 boats. Members of the local community came forward with their information about the Embo fleet, and we delved into the history books and the archives to piece together this fascinating story.

During the boom years of the herring fishery in the late 19th century, the sheltered southern shore of Loch Fleet was used by the Embo fishermen as a safe haven in bad weather and outside of the herring season. When steam power was introduced in the early 20th century, the old wooden sailing drifters which formed the herring fleet became obsolete, and were abandoned where they were laid up. 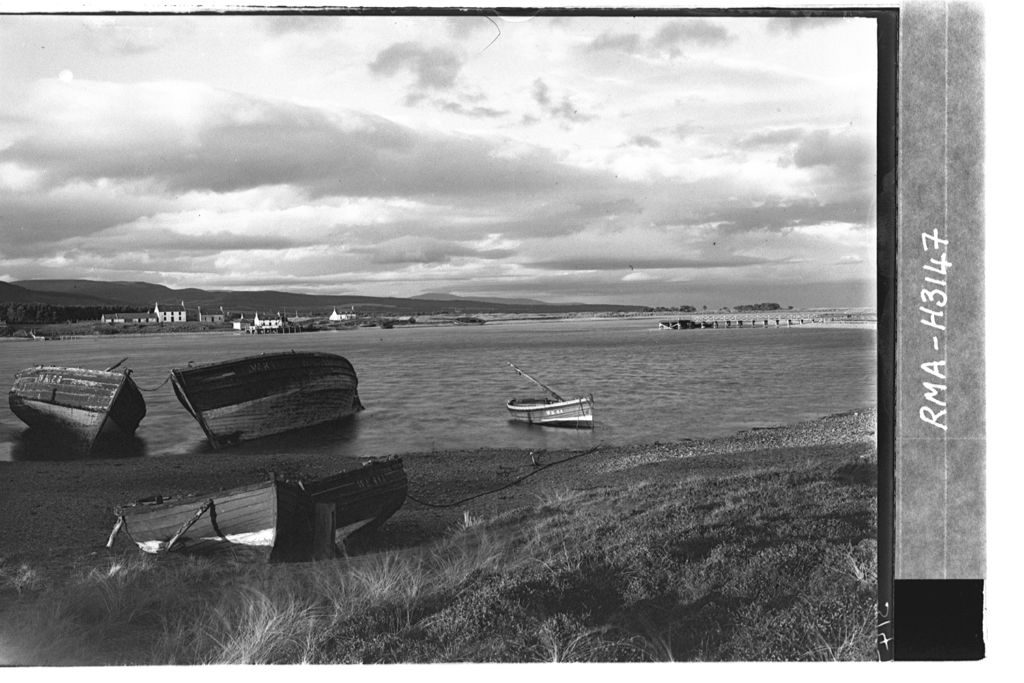 A 1932 photo of Loch Fleet with two derelict herring drifters laid up on the shore. University of St Andrews Special Collections RMA-H3147

There doesn’t seem to be any truth to the story that the fleet was deliberately destroyed and burned – it looks like the boats were abandoned before the start of the First World War because of the development of new technology and changes in how the fishing industry worked. Embo provides a fascinating local case study of a wider historical event. Thank you to the keen-eyed volunteers who first spotted these wrecks, and to everyone who took part in the survey and research to record them and tell their story.

Explore the Loch Fleet wrecks in incredible detail by clicking on the screen below, zooming in and panning around. Created by Edward Martin.