Submerged forest and archaeology in Benbecula

Did you know one of the best examples of a submerged forest in Scotland can be found at Lionacleit on the Island of Benbecula? The site was brought to our attention by local residents, and during a glorious week in May 2018, we surveyed, recorded and sampled the trees and other amazing archaeological survivals. 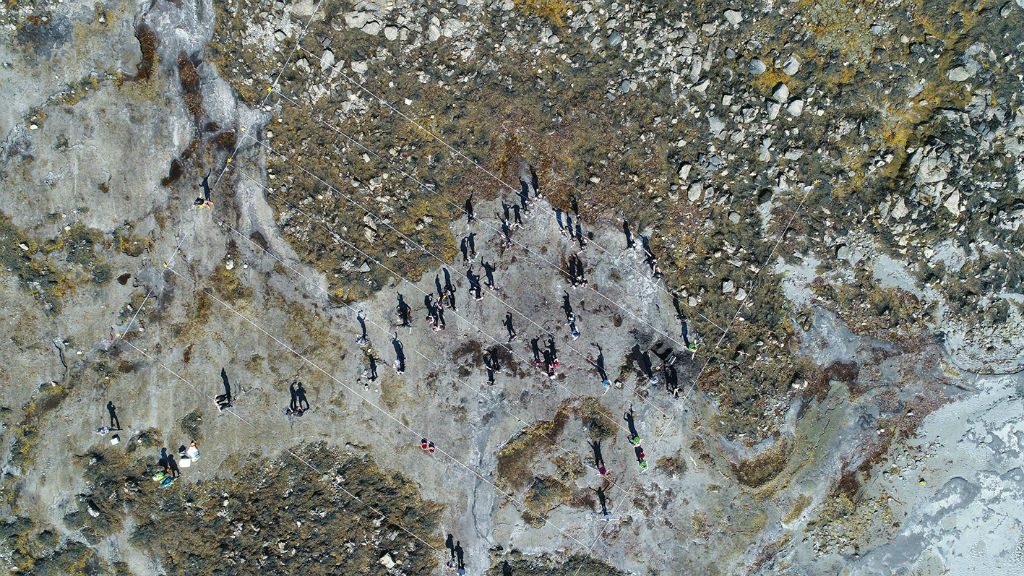 S1 and S2 pupils from Sgoil Lionacleit are standing on tree stumps to recreate the forest by making shadow trees. This helps us understand the density of the woodland – so is serious research too!

The trees are mostly willow with some birch and the occasional scots pine. Radiocarbon dating of the sediments that contained them shows that they grew during the Late Mesolithic to early Neolithic periods (6000BC to 4000BC). This would have been a wettish woodland but the presence of pine suggests there were drier areas. Grass pollen in the samples tells us there were open areas too – and this is backed up by the identification of specific species of beetles in the samples that like open dry areas. 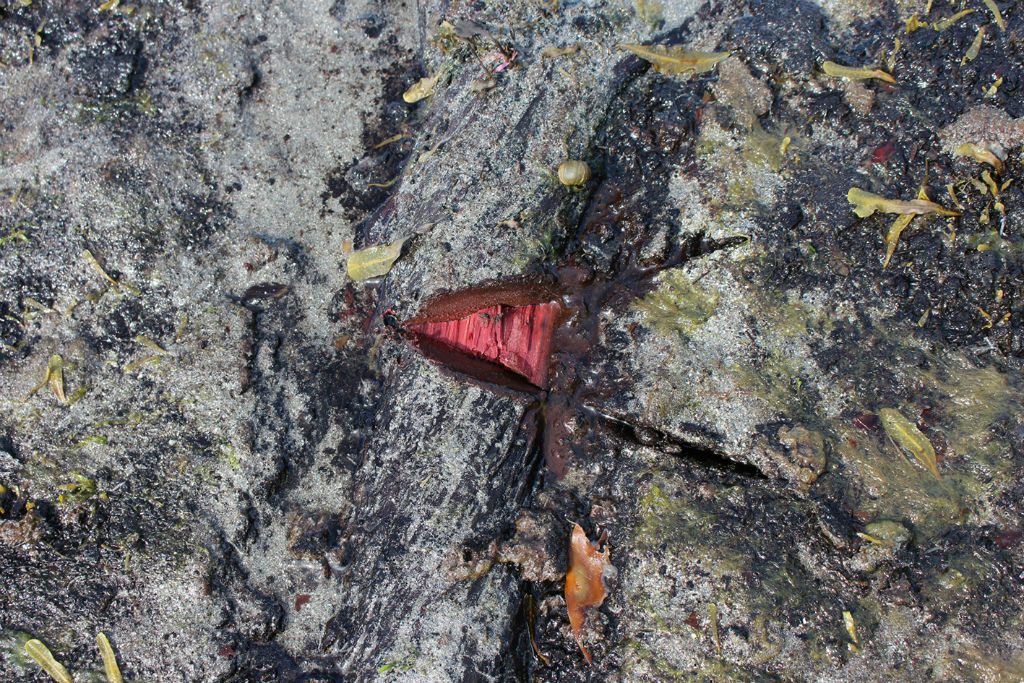 You are looking at the beautiful red interior revealed in a freshly cut sample from the root of a willow. This tree is between 8,000 and 6,000 years old

Lionacleit is special because there is also evidence of archaeological remains in the intertidal zone. They include a prehistoric quern-stone, the remains of a stone wall and possible buildings and a concentration of animal bone and quartz stone tools. 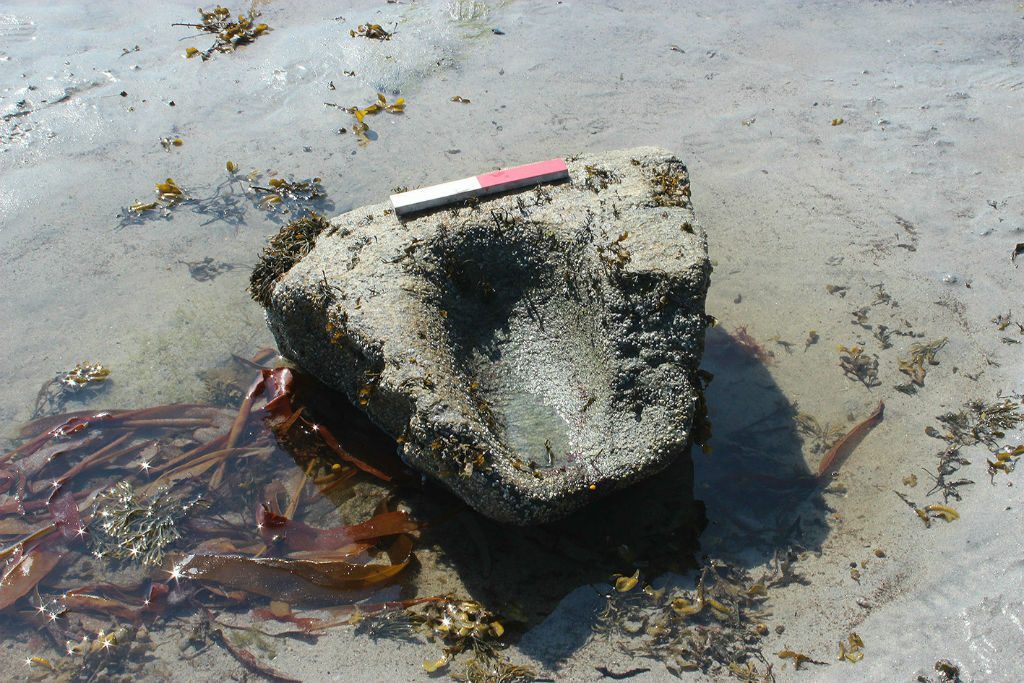 A saddle quern typical of the Neolithic, Bronze Age and Iron Age

SCAPE has recorded a number of similar sites like this in the Western Isles (e.g. at Loch Paible in North Uist), where the walls of prehistoric buildings and fields now lie in the intertidal zone because of coastal change. Finding in situ animal bone and stone tools in the intertidal zone, however, is very rare, and so we carried out a rescue excavation before more was washed away. 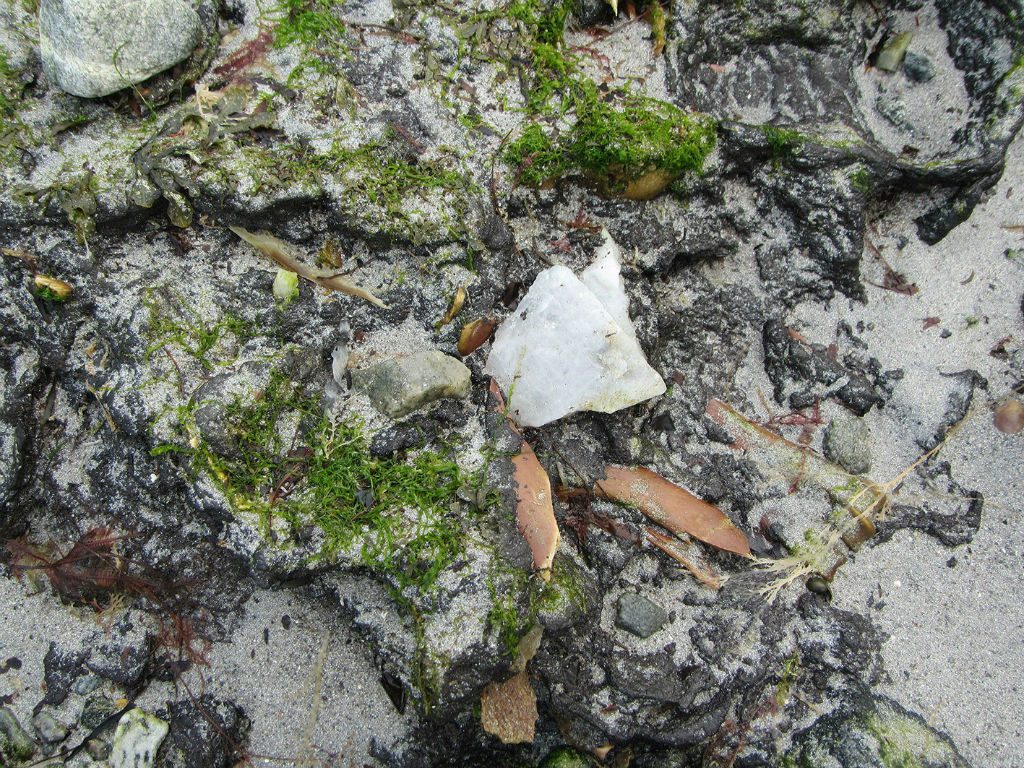 Cut and chop marks on the bones of a single small, horned cow along with the close association of freshly struck tools – many from the same piece of raw material, makes it very likely that this is a butchery site. The bone has been radiocarbon dated to 1800-1600 BC. As far as we know, this is a unique survival of a moment captured in time from the Early Bronze Age.