From Scotland to Tanzania

Tropical temperatures, mangroves and coral reefs: at first glance, it might be hard to see similarities between the shores of Scotland and the Indian Ocean coastline. However, our recent trip to the island of Kilwa Kisiwani, on Tanzania’s southeast coast with a team from the University of St Andrews, the Nautical Archaeology Society and colleagues from the University of Dar es Salaam highlighted more common themes than differences: fragile archaeological sites are being lost to coastal erosion, the rich historic landscape extends seamlessly from land to sea, and local communities are increasingly engaged in their heritage. 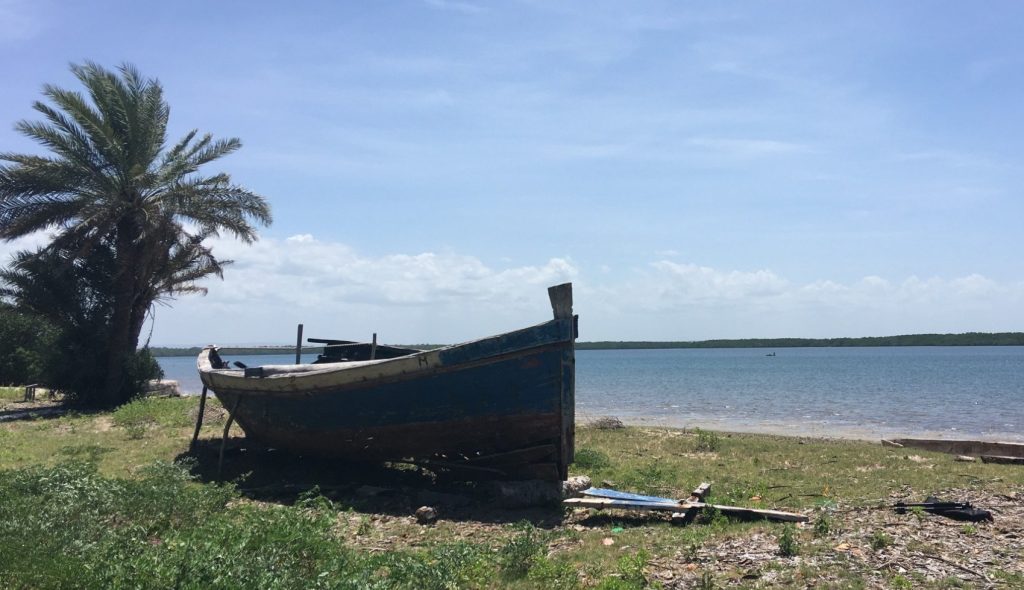 The island’s heritage encompasses the land, foreshore and sea.

Working with students and training local volunteers, we recorded some of the island’s rich historic landscape. This reflects the wealth of the Kilwa sultans who controlled the gold trade from the 13th to 15th centuries. After a long decline under Portuguese dominion, the island’s revived importance in the later 18th century is part of a darker history, however, when it was a key port in the transportation of slaves. 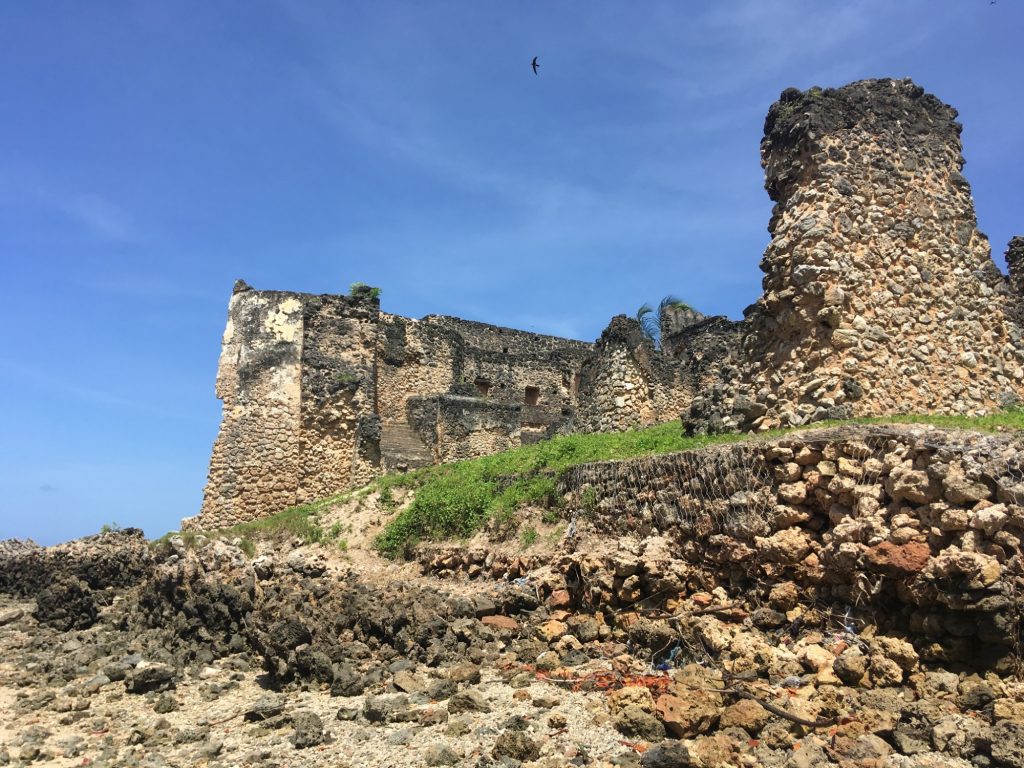 The Gereza fortress which stamps its authority on the shore opposite the mainland, built by Omani Arabs in the early 19th century after they took control of the island, might be imposing, but large chunks of masonry on the beach in front of it attest to its fragility, and it has recently been partially protected by a sea wall enclosing one side of the structure.

The commanding fort, sprawling palaces and the Great Mosque dominate, but the cultural landscape of the island incorporates smaller, hidden remains, with archaeological sites strung along the beaches and underwater. 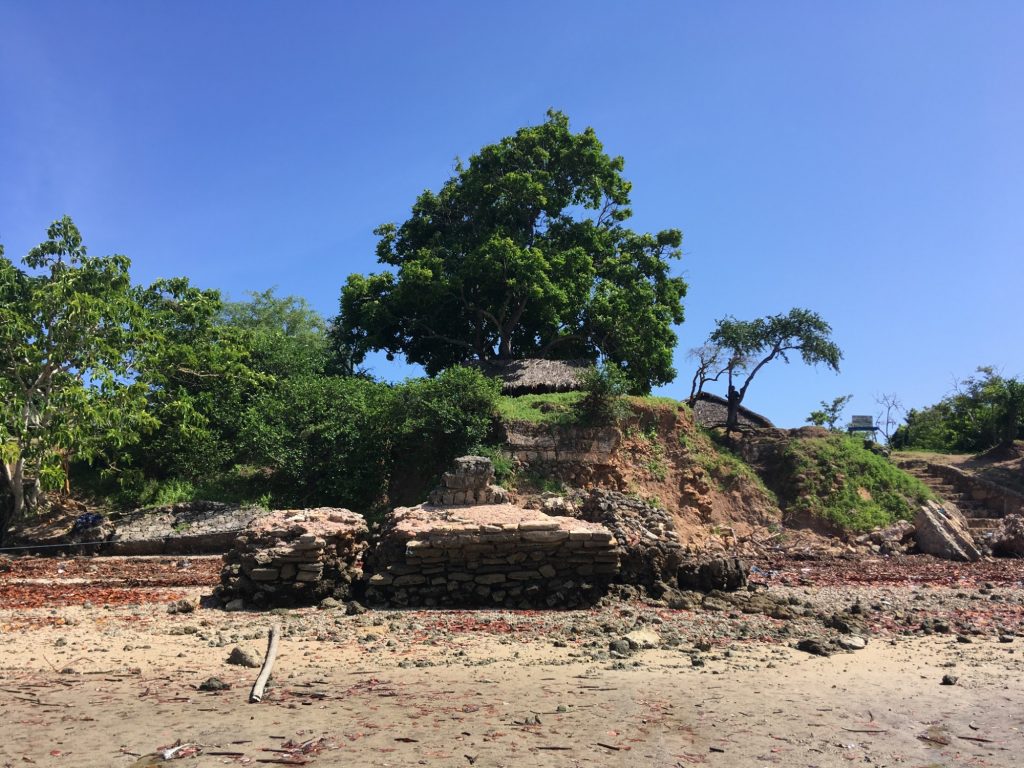 The collapsed remains of a stone sea wall or quay which dates to the Omani period of occupation. 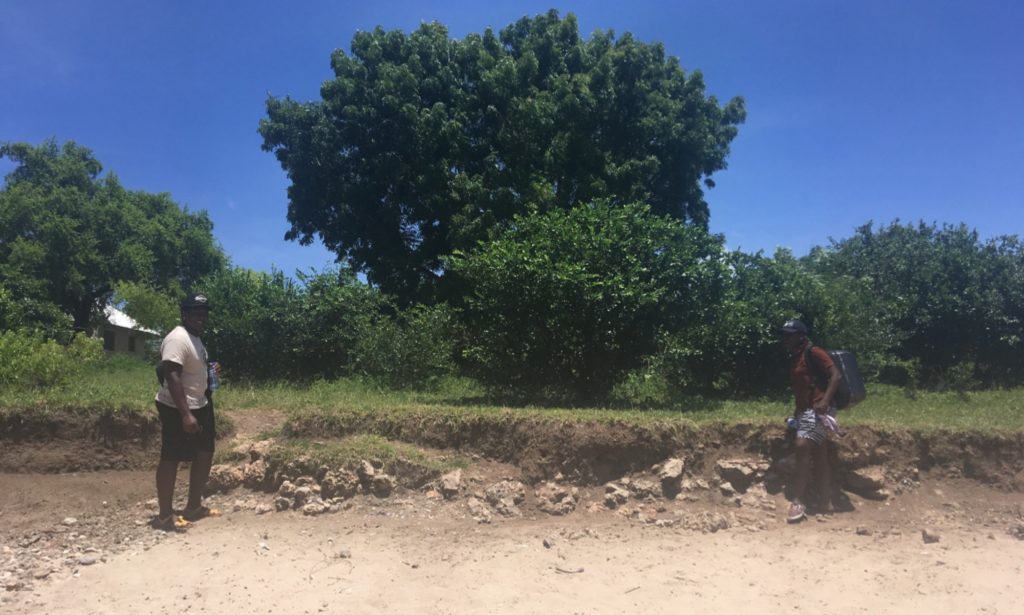 Two students from the University of Dar es Salaam recording a half-sectioned structure in an eroding coast edge. The surrounding soil is full of pottery fragments and glass beads, but we don’t know what this building was used for or its date. 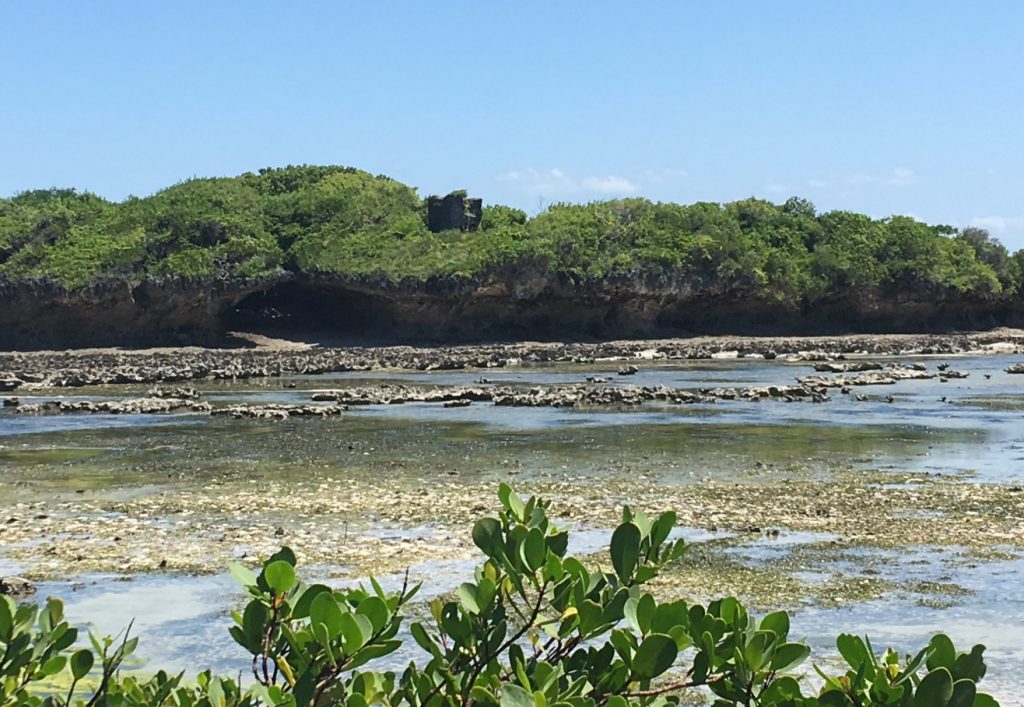 Now-ruined mosques are strung along the coastline. This very inaccessible example sits on a coral rock cliff above a sea cave facing out to sea and may have been located here as a place to pray for the safe return of those at sea.

With Kilwa Kisiwani’s longstanding importance as a port, it’s no surprise that the waters surrounding the island are equally rich. Just like Scotland, this maritime culture stretches across and beneath the water. 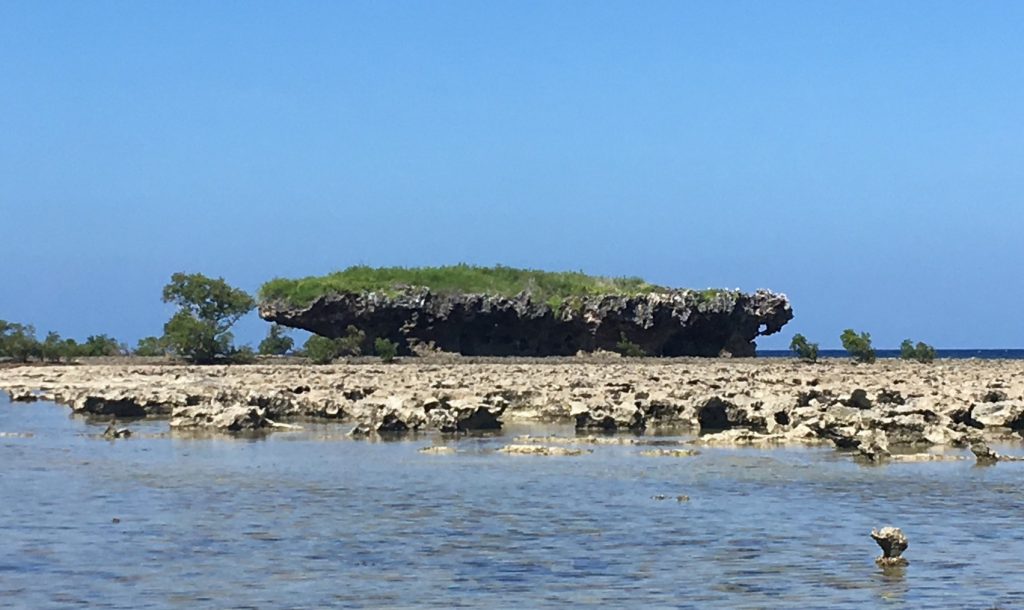 One distinctive rock formation is called Jiwe la Jahazi – ‘the stone dhow’. Legend has it that this was an enemy ship, turned to stone by the prayers of the villagers it was attacking. It certainly appears that at least one ship has fallen victim to the sharp coral reef here, a scatter of ballast and pottery is strewn across the rocks and lagoon.

Part of the project involved training volunteers and local divers in archaeological techniques. This will allow long-term monitoring of underwater sites around the island and add a historic dimension to dive excursions offered to tourists. 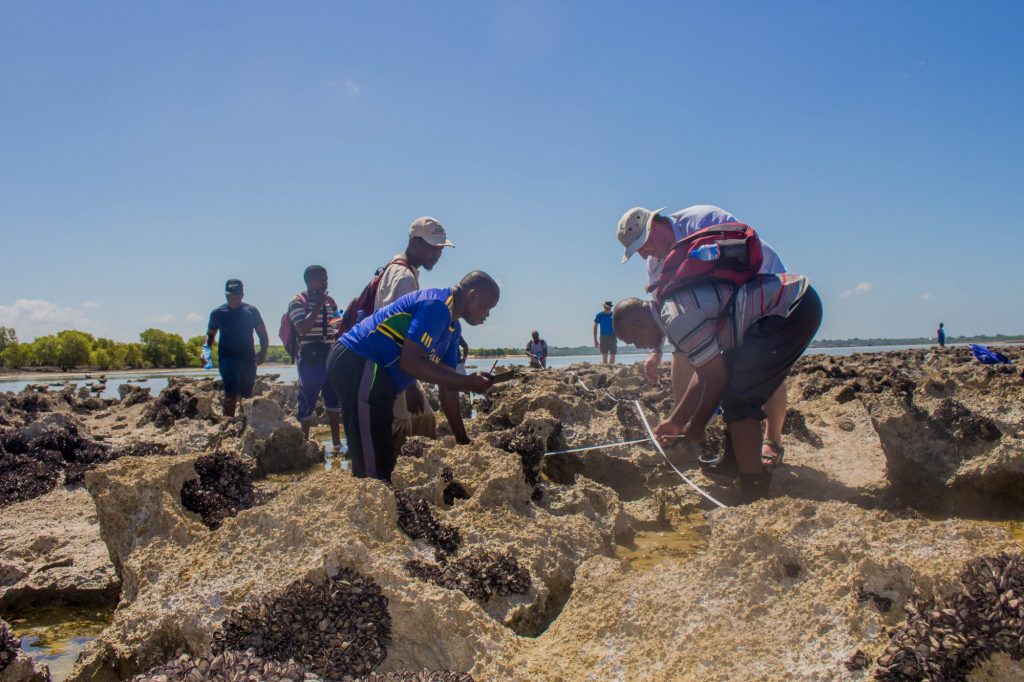 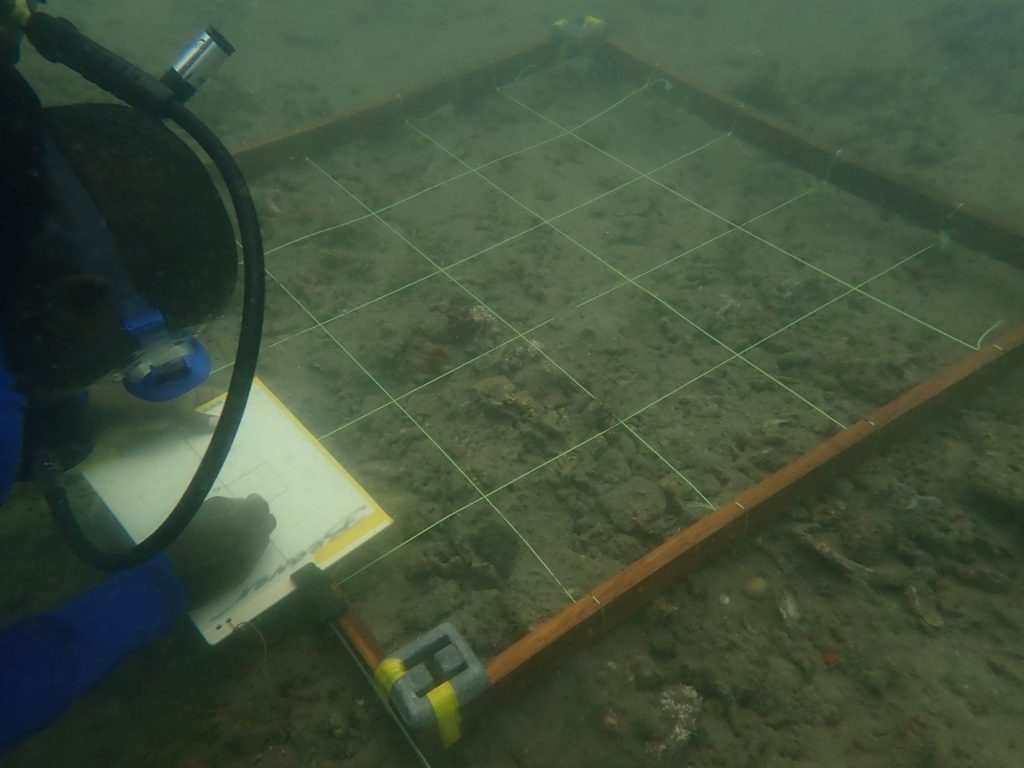 Once the divers had honed their survey skills on the intertidal remains, they plumbed the depths to record a shipwreck just off the island’s harbour.

The indisputable highlight of the project however was the Kilwa Bonanza day; an extravaganza of games, music and dance bringing hundreds of people from the local community together amongst the archaeological remains to share and celebrate their heritage. 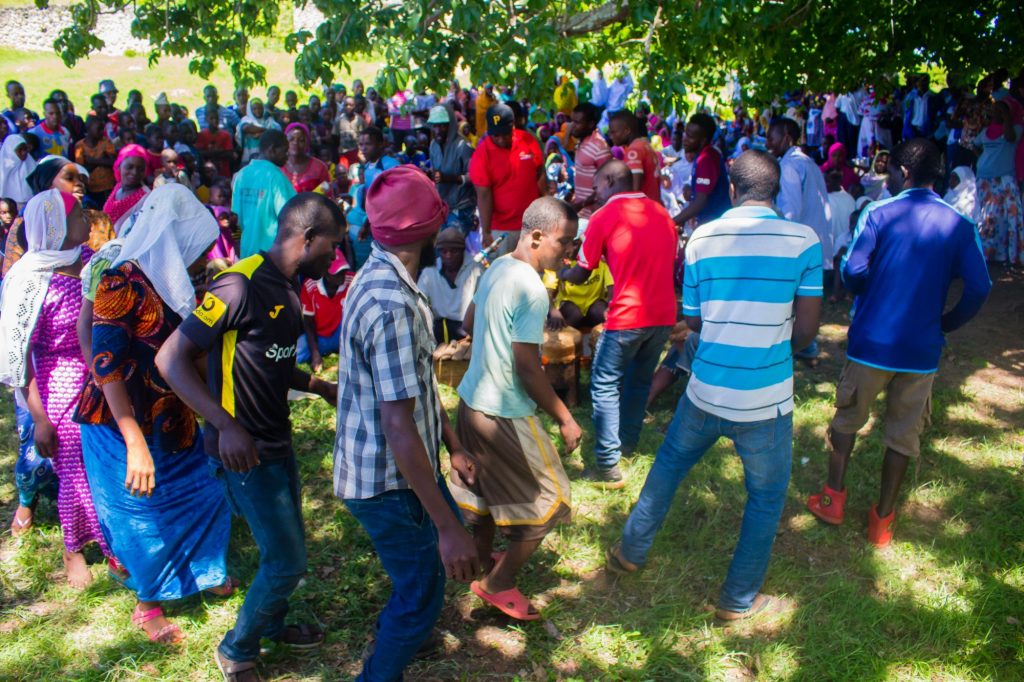 Traditional dances in the shade of the sacred baobab tree.

Some of the challenges this community faces are reminiscent of those in Scotland. Questions about how this internationally-important heritage can be used to bring economic benefit to the local rural community are being addressed. The talents of the local women’s group were demonstrated by the skill with which they confidently and impressively took on the daunting task of feeding the assembled multitudes, furthering their aspirations to set up a catering business for local workers and tourists. 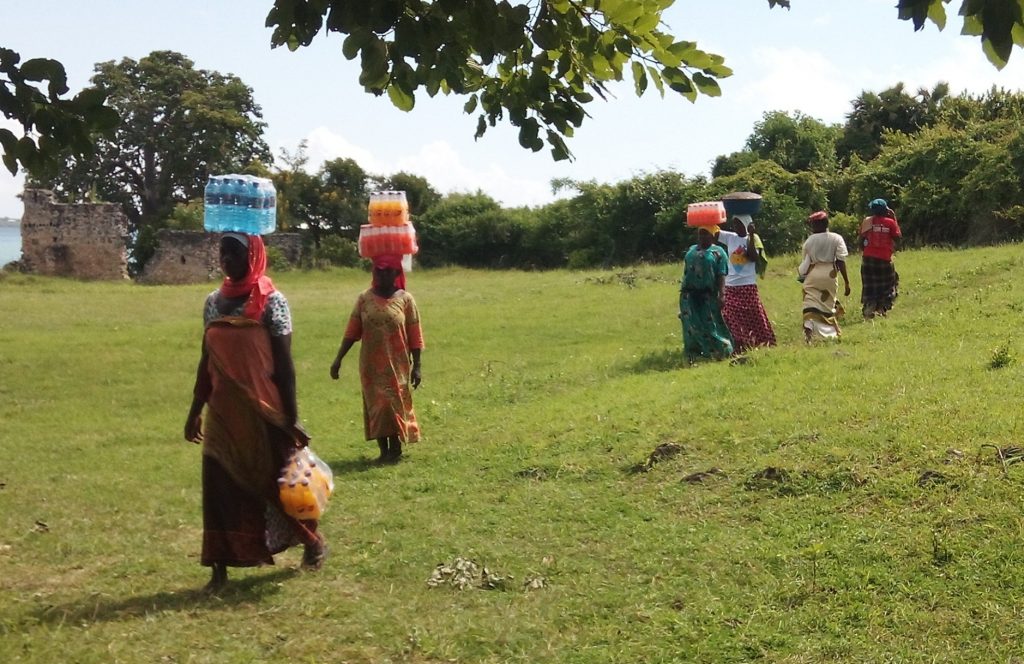 Local women carrying supplies from the village to the party. 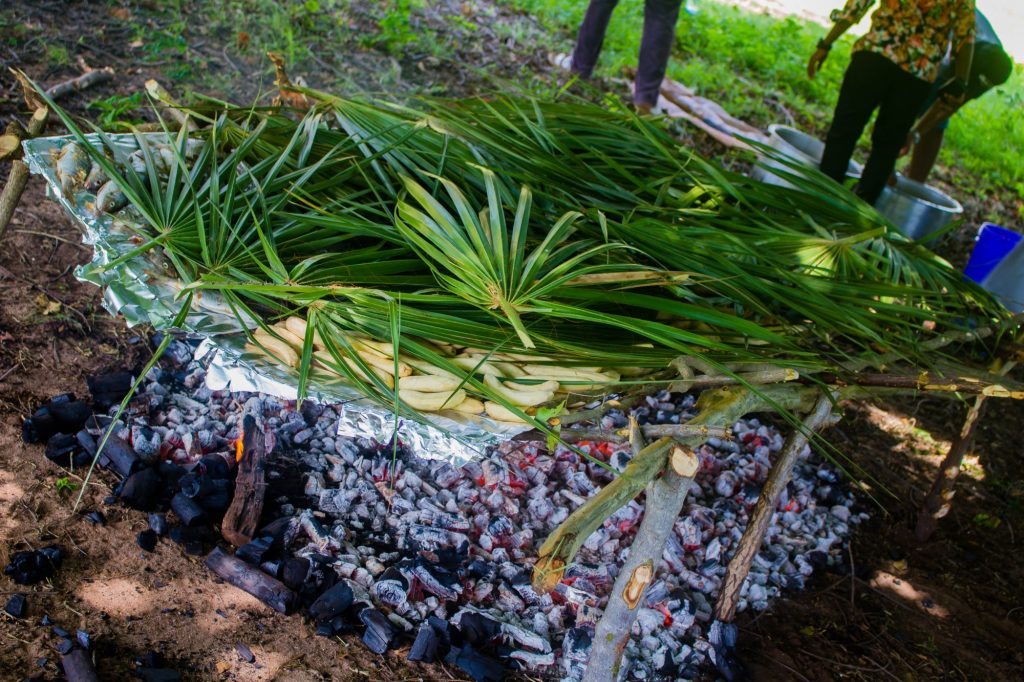 Mass catering: locally caught fish and plantain were prepared and served hot from an enormous barbeque.

The festivities revealed further similarities between Scotland and Tanzania, with familiar games such as the tug of war, jump rope and sack race. 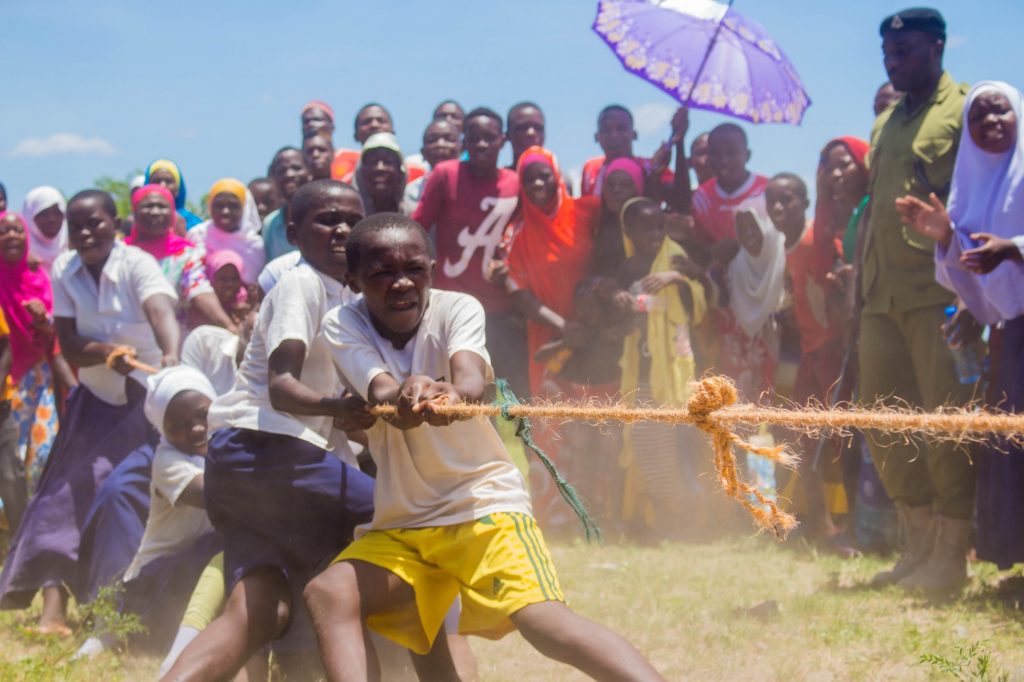 Local school children being cheered on in the tug-of-war competition. 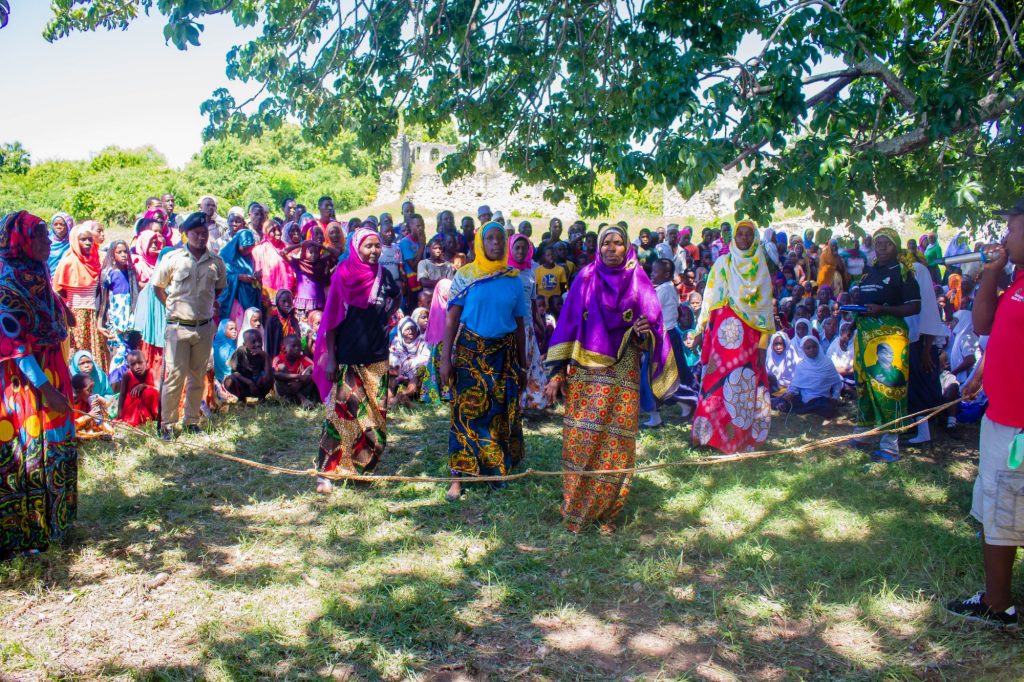 Villagers from Kilwa Kisiwani reliving their childhood with a skipping rope.

Here the similarities ended however, when staff from St Andrews competed with locals in the traditional sack race.

The starting line for the sack race.

Suddenly the differences were starkly highlighted by our rather abysmal performance. 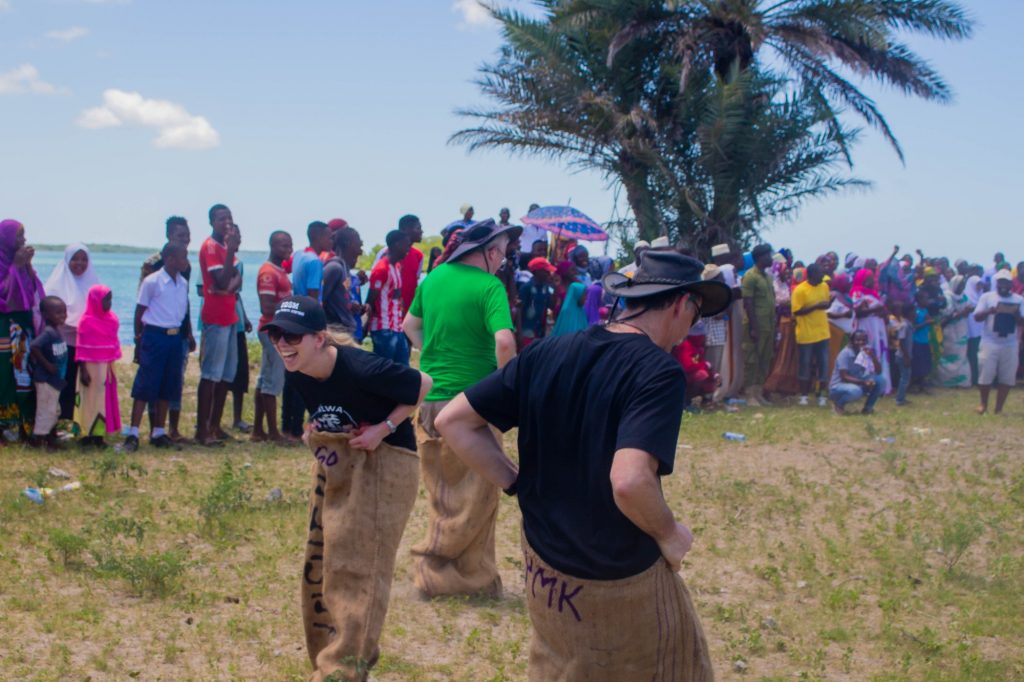 Scotland’s disgrace in the sack race as we trail far behind the winners.

Watch this short video to explore more of Kilwa Kisiwani’s heritage and enjoy the spectacle of the Kilwa Bonanza.