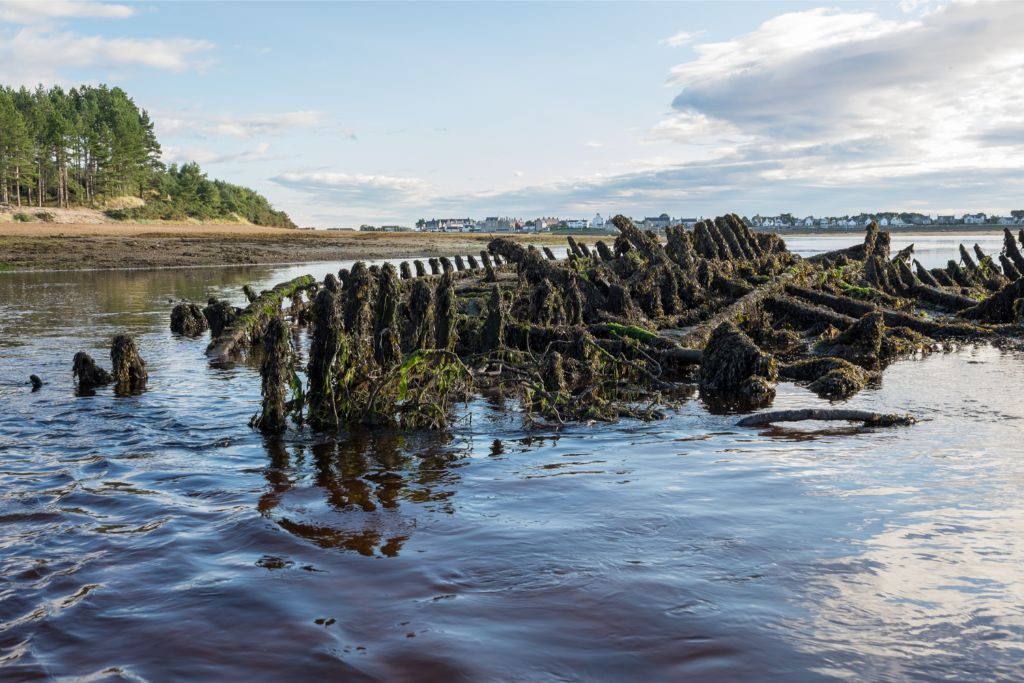 Local residents Michael Sharpe and Tim Negus first brought this unrecorded site to our attention. Working with Findhorn Village Heritage and the Nautical Archaeology Society, we had a fabulous weekend in July 2015 with 20 volunteers making a detailed record of the wrecks.

Findhorn Bay was a safe haven and winter port traditionally used by Moray Coast fishermen during the 19th century. The remains of many of the great wooden herring drifters known as Zulus can still be seen at low tide, where they were abandoned at the turn of the 20th century.

The historical records of the herring fleets along the Moray Coast show that the introduction of steam changed the face of fishing in the early years of the century. The old-style Zulus were fast and powerful, but couldn’t compete with the new, bigger more powerful boats that were appearing. As the old sailing drifters were outcompeted, and with no further use or value, they were left on the shore where they’d been kept out of season.

A member of the local community shared these charming photographs of children playing amongst the beached herring drifters, which date to summer 1913. This would have been the height of the herring season but these boats were obviously not working that year – confirming that the old fleet was falling out of use even before the massive upheaval of the First World War. 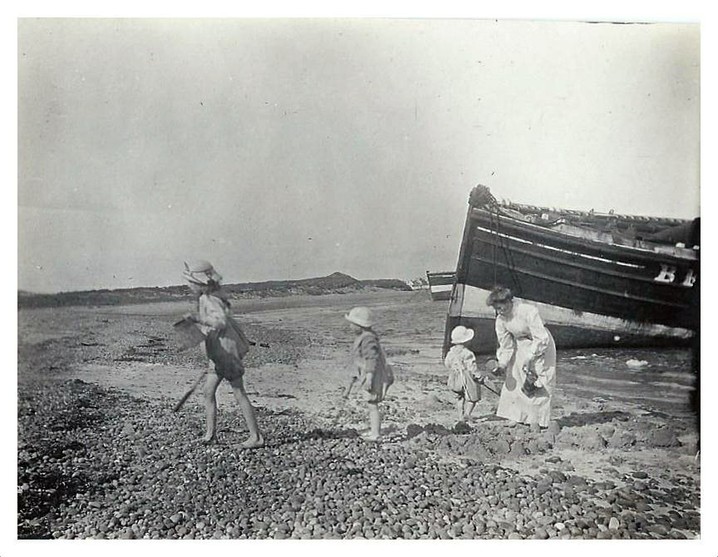 This fascinating site gives us an insight into how the fishing industry changed along the Moray Coast during the early years of the 20th century. New technologies revolutionised the herring fishery and the industry was booming, but the old traditional ways and the small local fishing communities were left behind.

Click on the image below to explore a fascinatingly detailed Gigapan of the Findhorn Bay Boat Graveyard, created by Edward Martin.