At the end of last week, we went on a trip down the coast to a series of caves on the beach at East Weymss.  The caves are best known for housing a spectacular array of Pictish carvings, and we were overwhelmed by what we saw.  Jonathan’s Cave (named after a 19th century iron nail maker who lived there with his family) has the biggest collection, with dozens of carvings ranging from typical Pictish symbols like the double disc and the dagger to depictions of animals.  Our particular favourites were the fish, a horse and a graceful goose.  Sliding Cave, also known as Sloping Cave, has several carvings, though the entrance is now largely blocked by a recent slip, and a huge mound of soil has partly covered the entrance. 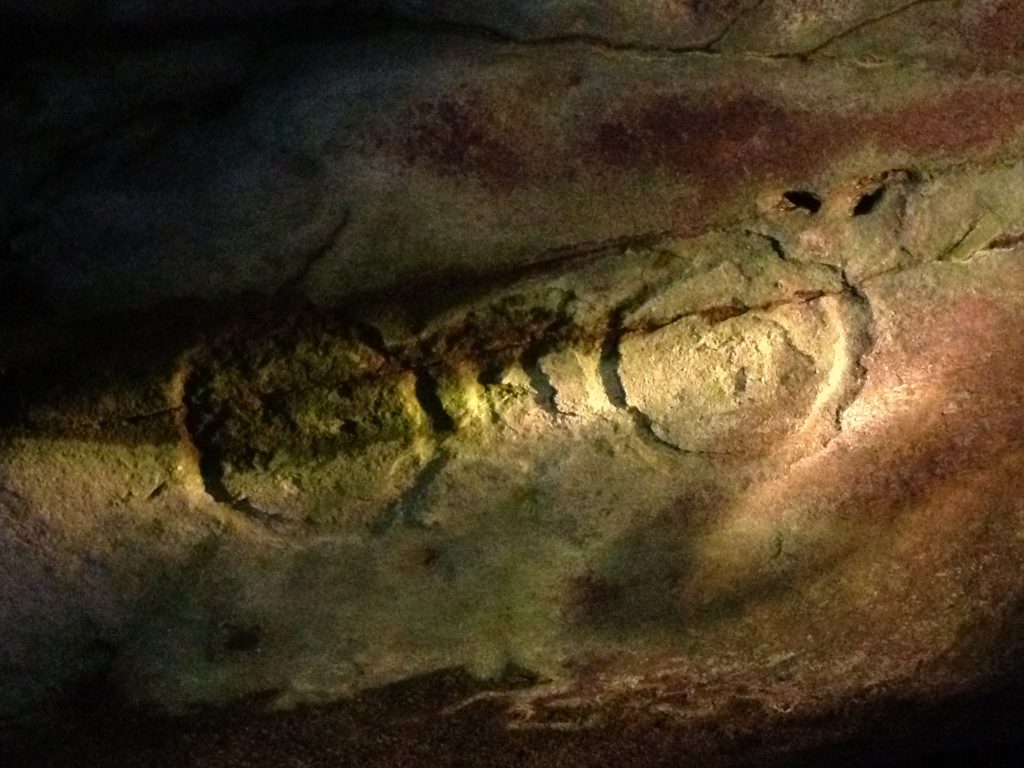 One of the carvings in Sliding Cave

A 19th century gasworks was built on the beach here, though all that’s left now are the low brick footings of the buildings.  The cave nearest to these is called Gasworks Cave, and although it doesn’t have any known Pictish sculptures, more modern artwork has been added with this prehistoric-style hand painting. 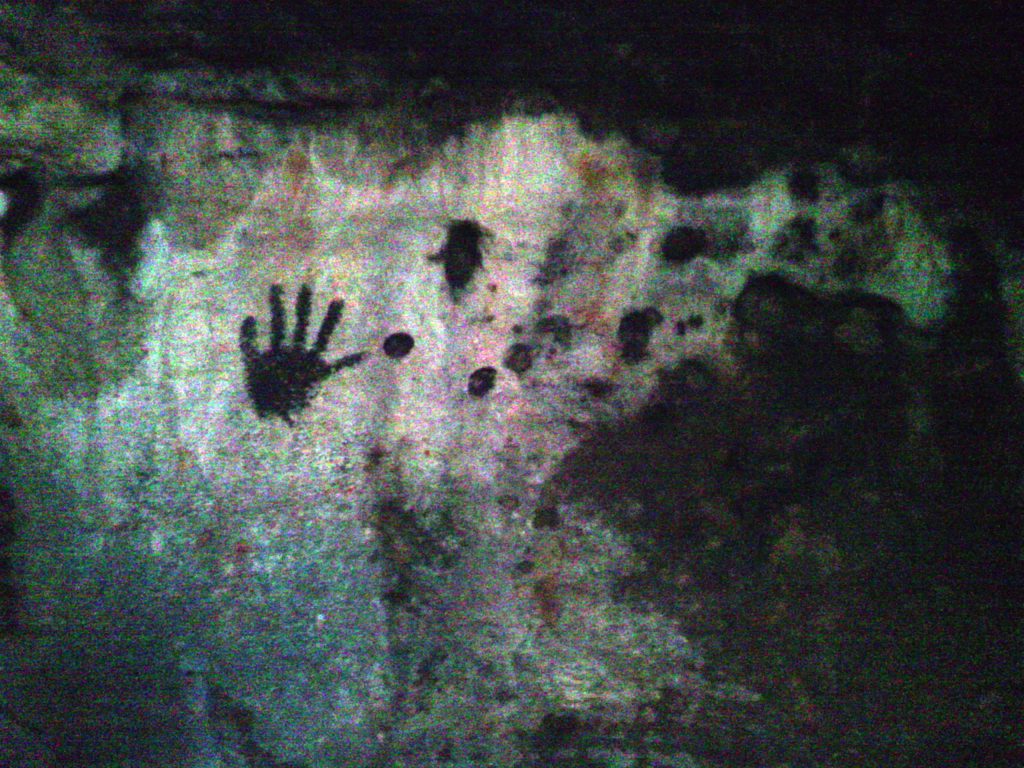 This modern painting, in a prehistoric style, in Gasworks Cave, shows how people continue to visit the caves to leave their marks as a lasting reminder of their visit.

This part of the coast is eroding very fast, as waste from opencast coal mining that was dumped on the beach is washed away by the tides.  This, combined with the instability of the land above the caves and with vandalism, makes the caves difficult to get to, and threatens the survival of the carvings, but we’re hoping to do some work here to preserve them for future generations to marvel at. 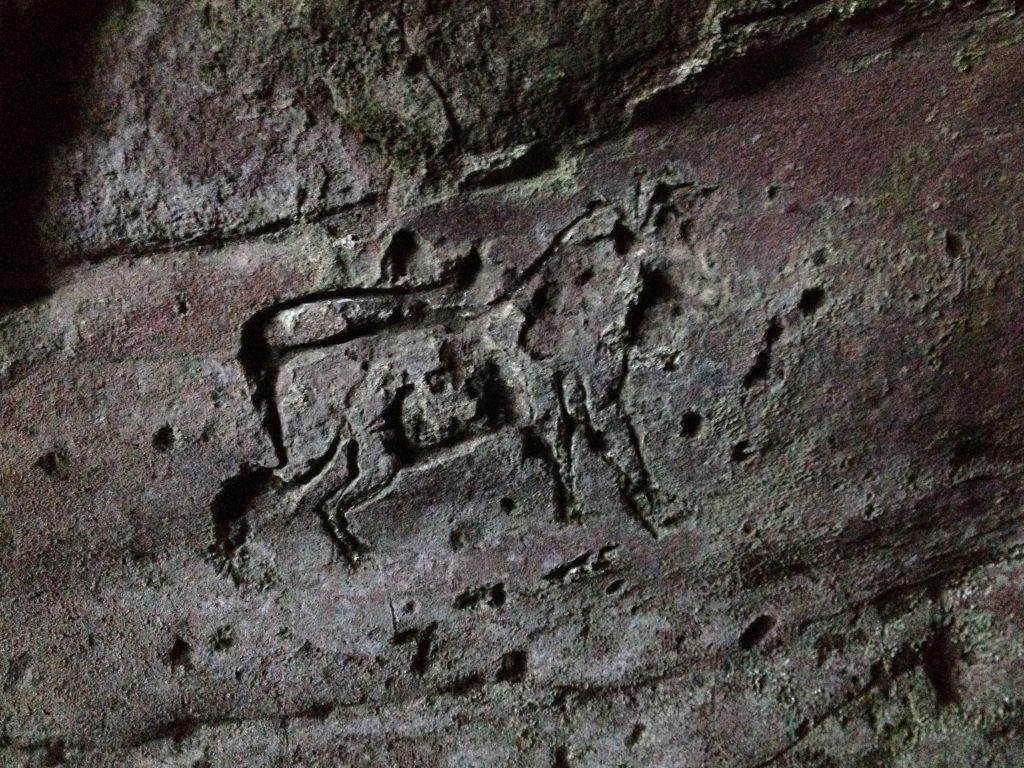 Our favourite sculpture in Weymss Caves, a beautifully carved horse on the west wall of Jonathan’s Cave.