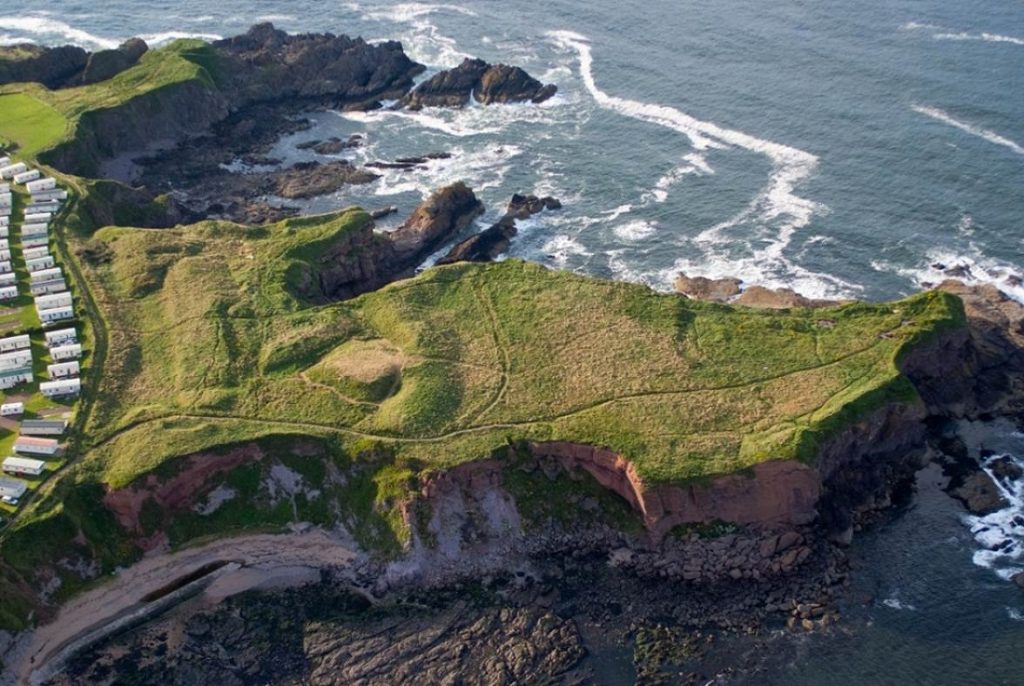 Eyemouth Fort from the air by UKCAP

It is hard to believe now, but the lumps and bumps on the promontory at Eyemouth are the remains of a monumental fort built by the English in the 1540s and taken over and extended by the French in the 1550s. Eyemouth Fort played a very important role in the relationships between Scotland, England and France during a turbulent period of European history. The substantial surviving earthworks and buried archaeology are suffering from erosion as a result of periodic major cliff collapse caused by waves undermining the soft cliffs along the south side of the promontory.

The Eyemouth Fort ShoreDIG project was initiated by Eyemouth Community Council to make more of the potential of this important site on their doorstep for the benefit of the whole community. The newly formed Friends of the Fort have worked closely with us and the Community to take forward lots of ideas for interpretation. Community surveys and historical research have formed the basis of a 3D digital model of the fort reconstructed as it was in the mid 1500’s, which is housed in Eyemouth Museum. Using gaming technology, you can walk around the fort, experience its sights and sounds, and access a wealth of information recovered from historical documents about day to day life for the soldiers garrisoned there. 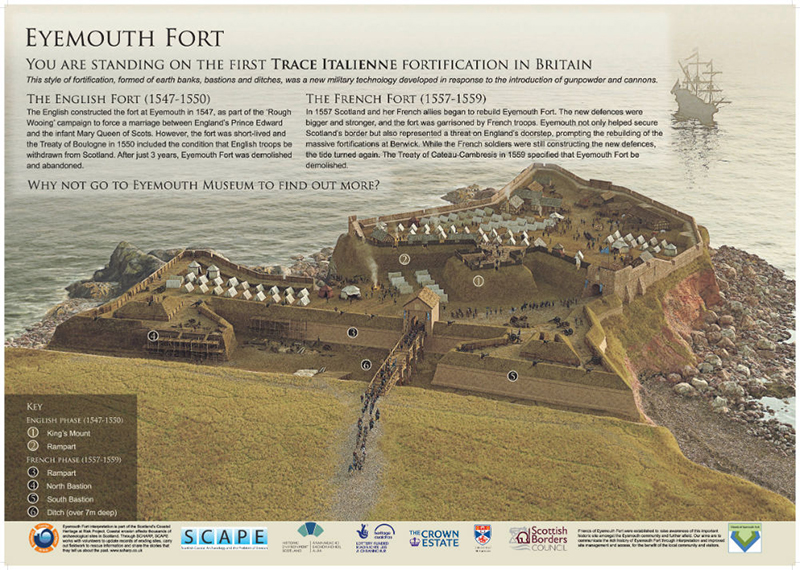 On site, a new interpretation board really brings the site to life. The Friends of the Fort have successfully brought this important and interesting site to the attention of the Eyemouth community and a wider audience.