Exploring the Clyde with Britain at Low Tide

This week, Channel 4’s Britain at Low Tide comes to Scotland to explore the archaeology of the Clyde…here we give you a bit more about one of the stories that will feature.

Glaswegians in the 18th century had a problem – its trading ships landed at Port Glasgow, 18 miles away from the city.  Although the River Clyde offered opportunities to open the city to the sea, the submerged geology posed a literal obstacle to its ambitions. The upper stretches of the estuary were so shallow that sandbanks were left high and dry as the water ebbed with each low tide.

Blaeu’s map shows the River Clyde in 1662, with a string of islands blocking the way between Glasgow and the sea. Reproduced with the permission of the National Library of Scotland.

Although this facilitated movement ACROSS the river, (the Romans probably built a ford at Dumbuck), it prevented access to Glasgow by ocean-going ships. It was the harbours at the mouth  of the Clyde that received goods from across the Atlantic – which were then transferred onto small barges that could ply the shallow stretches of the river or onto carts for transport along a busy road.

Port Glasgow near the Clyde’s mouth and Broomielaw Quay, the city’s only harbour in the early 18th century – together with the depth of water at three of the shallowest stretches of the river.

One pinch point was near Dumbarton, where the Dumbuck shoal reduced the channel to a depth of just two feet. 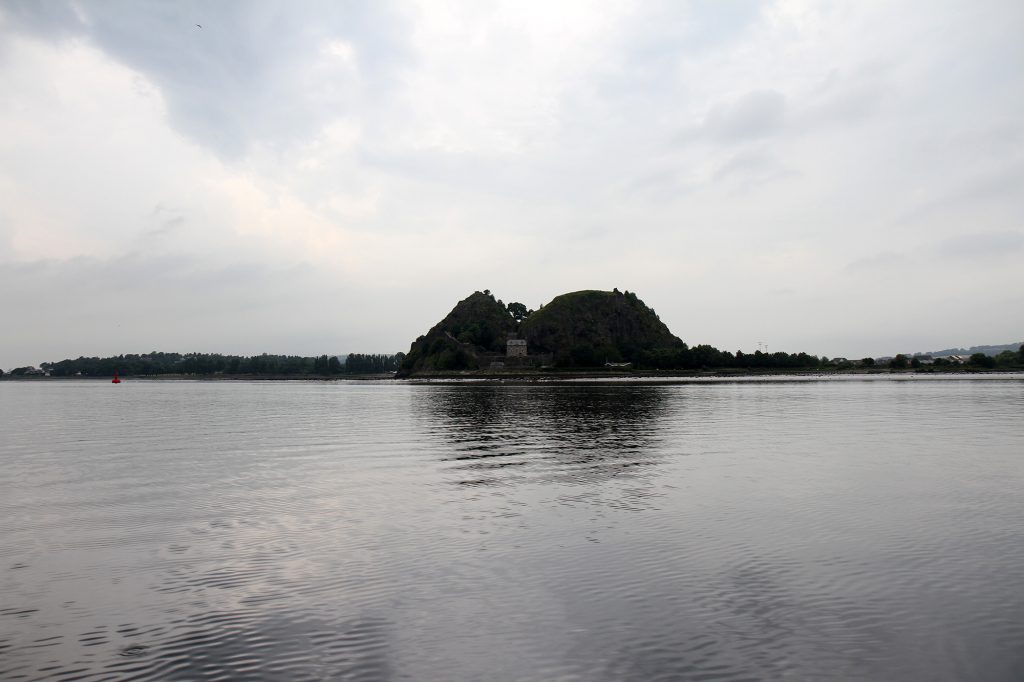 Although Glasgow’s merchants were getting rich from importing cotton, sugar and, most importantly, tobacco from the colonies in the Americas, the delays and expense of offloading caused great frustration. There was mounting pressure from the powerful and wealthy ‘Tobacco Lords’ to deepen the river so that big boats could reach the city.

A solution was eventually proposed by an engineer called John Golborne. It was a simple concept; work with nature and harness the power of the river. He thought that the wide, meandering river with its eroding banks was the root of the problem, and he proposed narrowing the river to scour the bed and deepen the channel. His idea was to build jetties out into the river from both banks to concentrate the force of the water into a single, narrow channel. This would capture sediment along the banks, which could be stabilized by planting trees and shrubs. Harder areas of the riverbed were to be broken up by a dredging plough, which dragged an iron bucket across the riverbed between two floating platforms on opposite banks.

Golborne was confident, and signed a contract to increase the depth of the Clyde to a minimum depth of 7 feet at high tide. Although this doesn’t sound very deep, it was enough to allow the wooden ships of the time to pass all the way up to Glasgow. He started in 1770 – and within two years, his operation had made massive progress, doubling the depth of the river in many places.

Despite these efforts, the Dumbuck shoal remained a stubborn problem, partly because of an island which divided the channel here. Golborne needed another plan, and he proposed building a stone wall joining up the jetties and forcing all the river’s water into the northern channel.

Golborne’s wall still runs along the length of the Dumbuck shoal. It was an eerie sight looming out of the mist on the day we visited.

This construction posed a massive logistical challenge. The building stone had to be floated along the river on barges, and laid on top of submerged timber foundations to stop them sinking into the mud. However, within just a few months, despite the difficulties, almost 800 yards had been built and the wall – appropriately called the Lang Dyke – was completed. 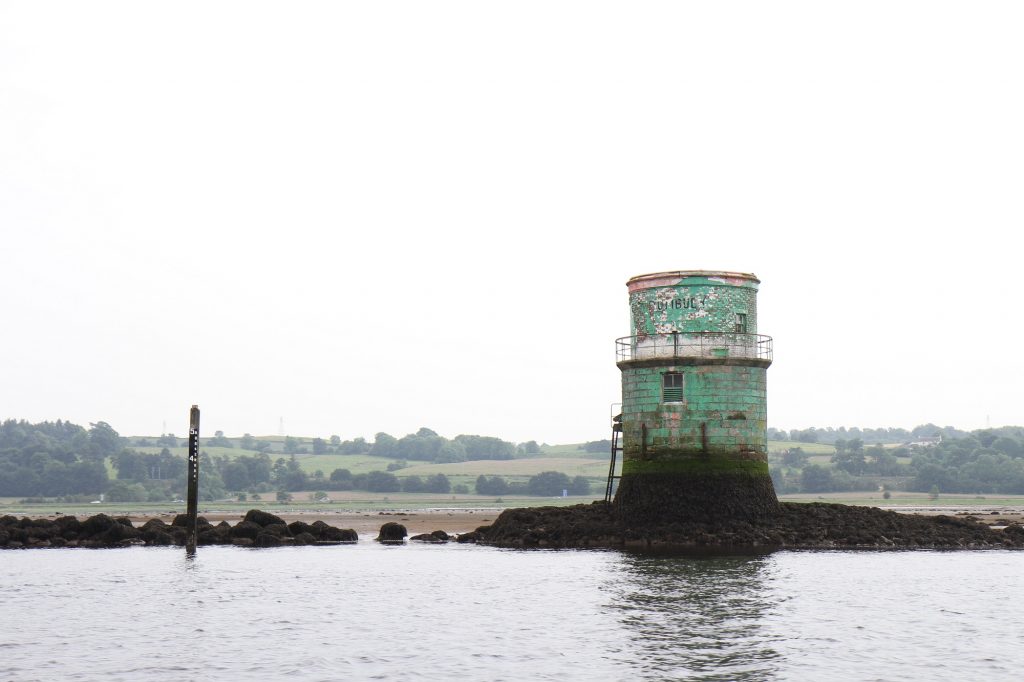 Beacons were added along the Lang Dyke later. As well as guiding ships along the channel, they also acted as distance markers.

A survey of the river in 1775 confirmed that the work had succeeded, achieving the depth of 7 feet in just five years. The city of Glasgow was delighted, and showed its appreciation by presenting Golborne with a silver cup – followed by a more prosaic (but useful) payment of £1500. 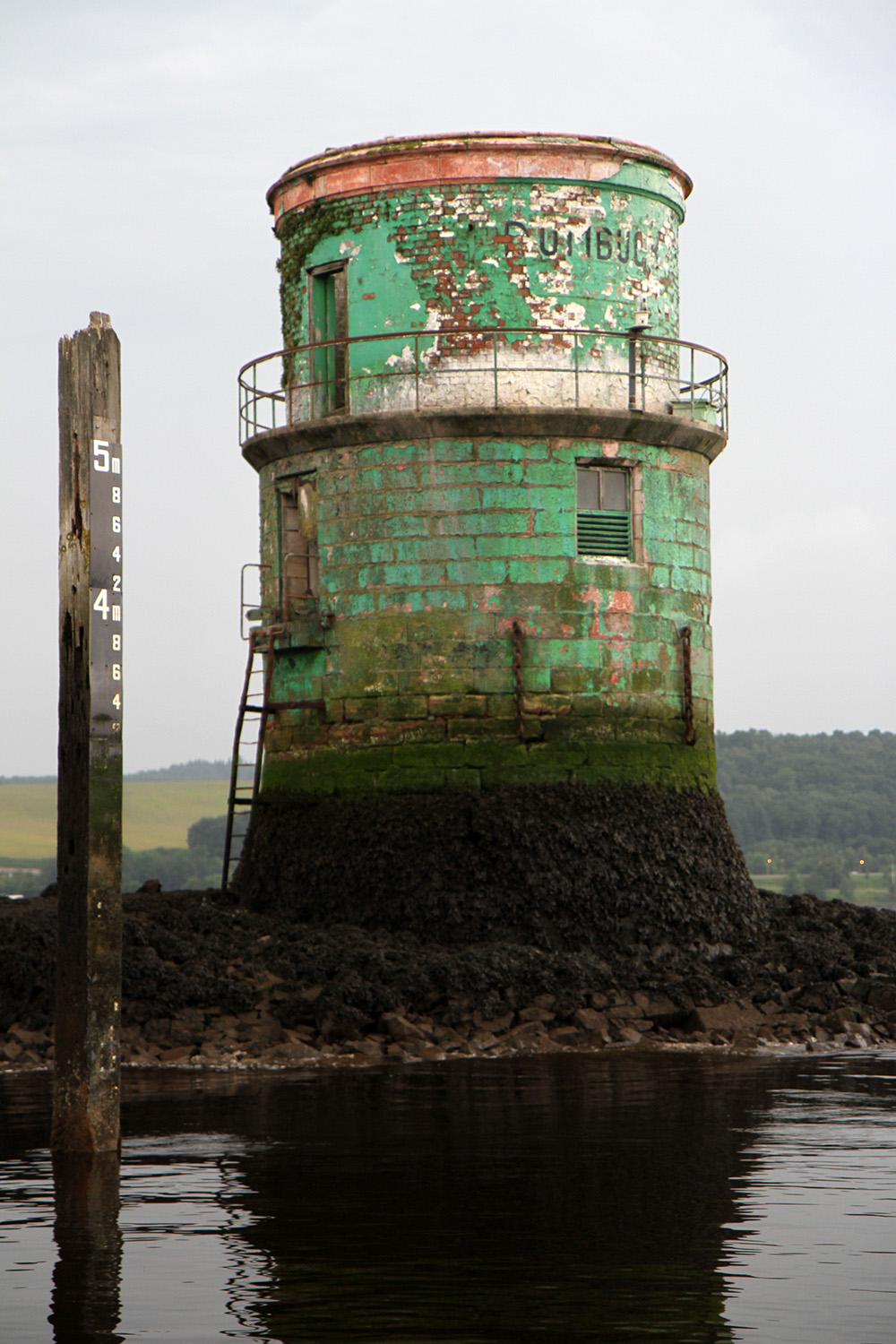 Although the paintwork on this beacon has almost weathered away, its name commemorates the obstruction it was built to get rid of.

Although there would soon be renewed demands to deepen the Clyde further as ships got larger, the Lang Dyke was the first major engineering project to begin to address the problem. 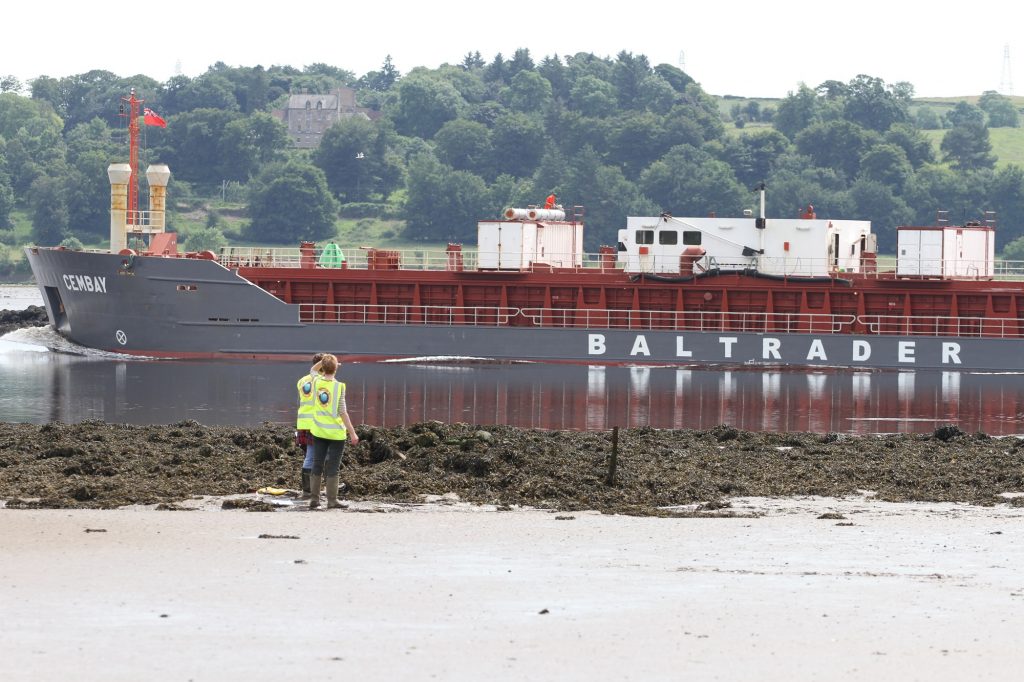 An appropriate name for a ship spotted while filming Britain at Low Tide (the crew call the programme BALT). Sailing past the Lang Dyke, this ship has a draught of over 6m (that’s about 10 times the depth here before Golborne started his work) – demonstrating the success of all the engineers who’ve worked to improve the Clyde over the past 250 years.

Golborne’s groundbreaking achievements took the first steps towards transforming the Clyde from a place that could be waded across at low tide into the river which would become synonymous with shipbuilding on a global scale.

You can see more of the Lang Dyke, and several other fascinating  sites, in an episode of Britain at Low Tide dedicated to the Clyde. We even visited the Lang Dyke on a boat. If you missed it, catch up at All 4. 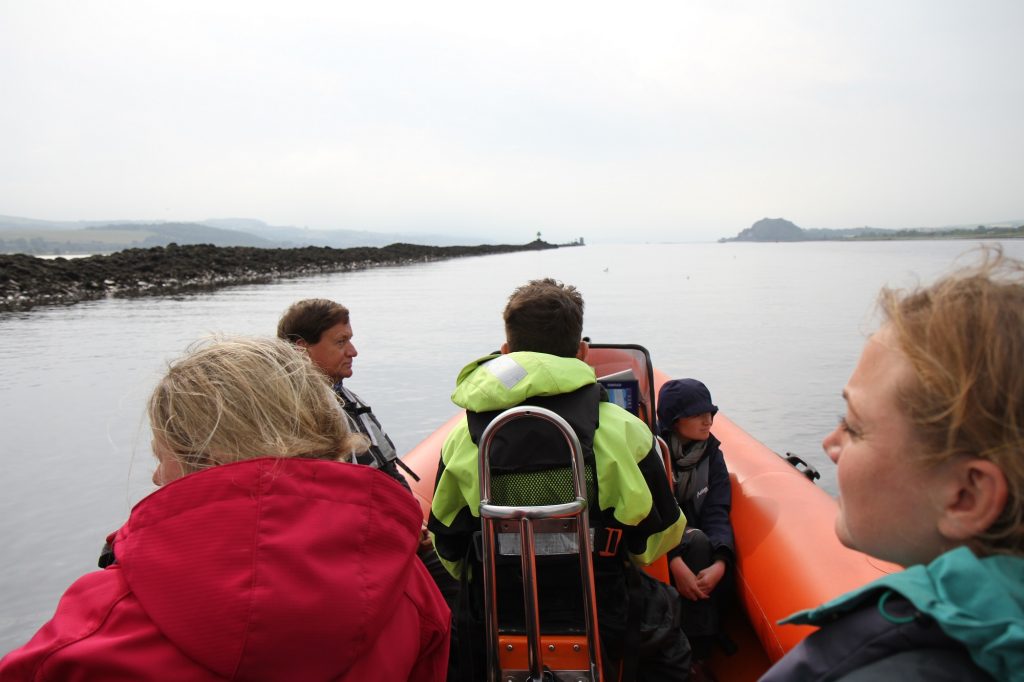 BALT presenter Tori, and Ellie from SCAPE, enjoying a rare opportunity to appreciate the engineering of the Lang Dyke from the river it helped to create.