Exchanging local knowledge in the Forth

Saturday saw the SCHARP team deliver a ShoreUPDATE training day in Falkirk, in the grand surroundings of Callendar House. Notwithstanding the regular gunshots outside the window (just the starting pistol for the races of the Scottish National Cross Country Championships outside) everyone got to grips with the website, the Sites at Risk Map and the ShoreUPDATE app very quickly. It swiftly became clear that the knowledge in the room was both wide and detailed, with experts in the history and archaeology of the inner Forth keen to share their knowledge. 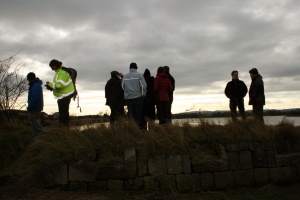 We visited South Alloa to practice ShoreUPDATE surveys, and it was here that the overwhelming knowledge that already exists in the local community came to the fore, as several volunteers explained the development of the landscape of the Forth estuary, as exemplified by our surroundings. The number of sites related to shipping and transport emphasises the importance of the area as a transport hub in the past, including the stone pier with the remains of a hand crane that one group surveyed. Transport is just one of the themes this part of the Forth illustrates; its industrial past and present are also in evidence, including an enigmatic concrete structure, which we think may be part of a machine base, which we were able to add to the record as a new site. 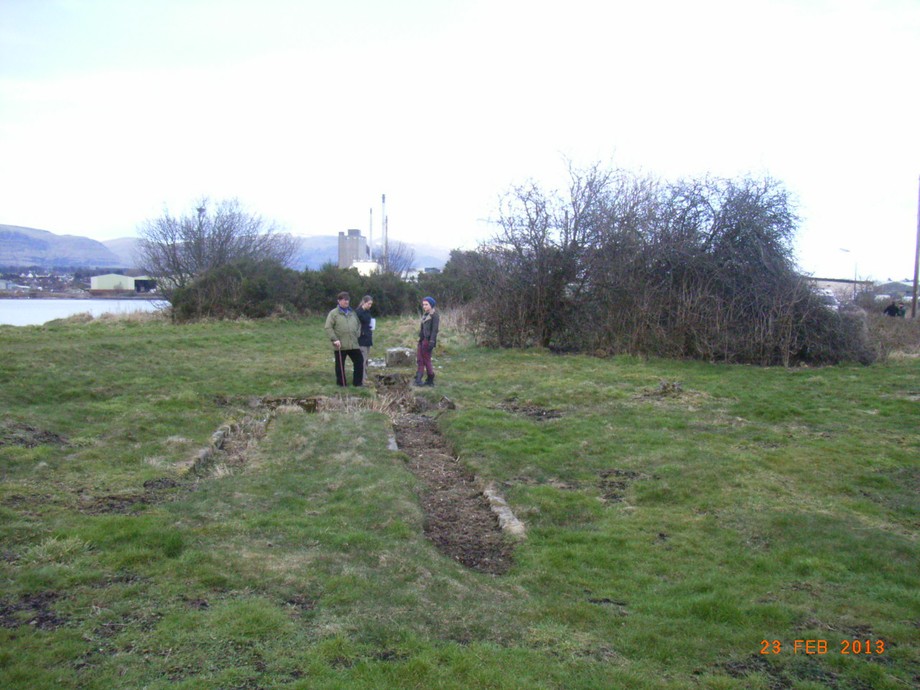 The details about sites and the local history the volunteers were able to add really brought them to life, so that even the sites on inaccessible areas like Inch island could be updated. The island demonstrates another important theme in the history of the inner Forth: land reclamation. It was periodically submerged by the tide until the early 19th century when sea defences were constructed and a farm built. Natural forces and changing social attitudes have reversed this process, however. The sea wall was breached during a storm in 1983 and the island, now owned by the Scottish Wildlife Trust, has reverted to salt marsh, allowing it to return to nature, but threatening its cultural heritage.

We’re inspired by the evident interest, enthusiasm and in-depth knowledge of the local area, and look forward to receiving ShoreUPDATES for the sites in this fascinating landscape.