The Wemyss Caves were at the centre of a digital data capture whirlwind in November. Specialists from the York Archaeological Trust (YAT) joined SCAPE and Save the Wemyss Ancient Caves Society (SWACS) for a week-long technology extravaganza – and there was plenty of joining in too from local residents, schools and college students. 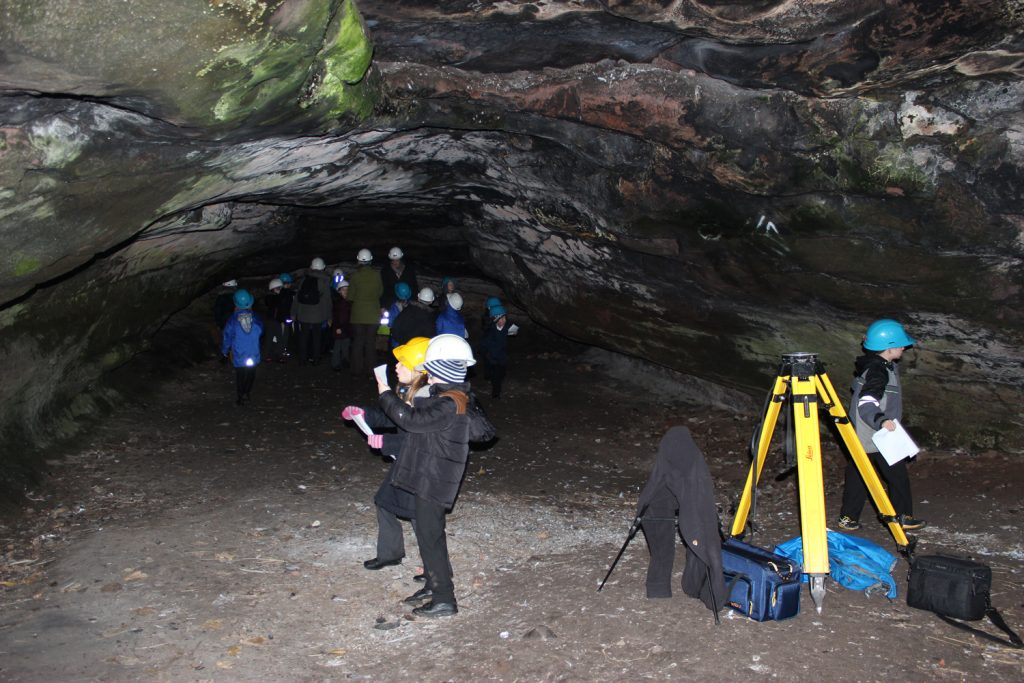 The next generation explore the carvings in Jonathan’s Cave

Focusing on Jonathan’s Cave, which has the highest concentration of Pictish carvings, the YAT technical team threw every cutting-edge recording technique available at them, with the very serious aim of making the best digital record possible of these unique survivals. The Wemyss Caves are really important because of the Pictish and other ancient carvings in them but are extremely vulnerable to coastal erosion and land slips. They are a priority site on our SCHARP Sites at Risk Map. SWACS campaign for the preservation and better management of the caves. This project will ensure that Jonathan’s Cave is recorded as well as we possibly can with current technologies. The results will be used to create a virtual Jonathan’s Cave and introduce the carvings and the Picts to many more people who will be able to explore and learn from them through digital media. 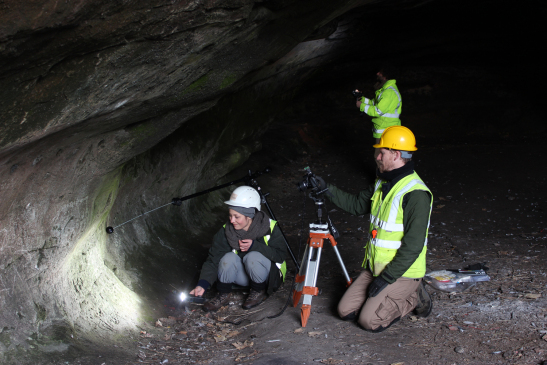 Laser scans together with structure from motion photography were used to generate ‘clouds’ of data composed of billions of points. These can then be transformed into highly accurate and detailed 3D models of Jonathan’s Cave and the carvings. To avoid being ‘data captured’ themselves, visiting school groups and members of the public had to move with the rotating scanner as it fired a laser which reflected off the walls of the cave gathering millions of 3d point measurements of the cave surfaces. 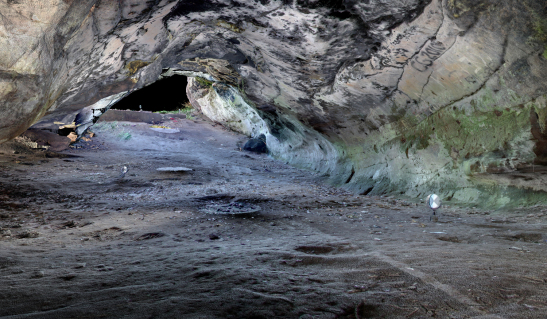 This image is not a photograph, but a screenshot of a 3D point cloud of the inside of Jonathan’s Cave

Even during fieldwork, we made some instant new discoveries. The scan images reveal the original details of this leaping salmon – which have nearly disappeared over time and are practically invisible without the help of this technology. 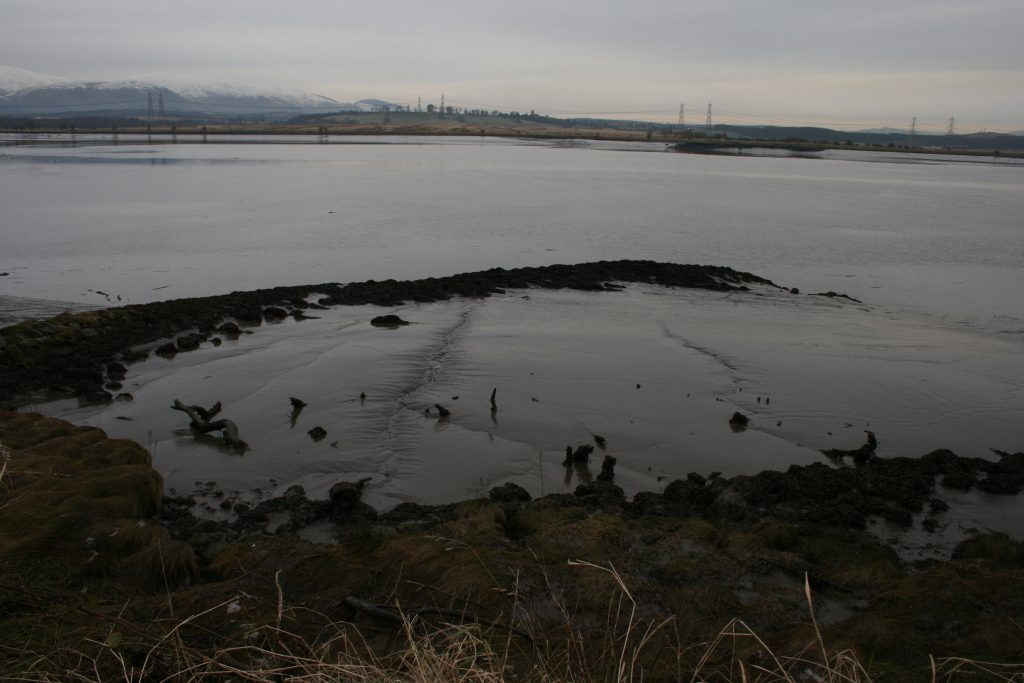 Scan data shows up subtle variations in the depth of the carvings, difficult to see with the naked eye. The fins on this leaping salmon were recorded in the 19th century but damage since then has obscured them. The scan has revealed the original form of the carving.

Structured light scanning is a clever technique where precise mathematical patterns of light are projected onto a surface, and the distortion of the pattern as it meets any unevenness is recorded and measured to create a super accurate model of the surface texture – in our case the cave wall and carving of Jonathan’s Cave boat.

Reflectance Transformation Imaging (or RTI) has the scariest name but is a straightforward photographic technique which anyone can do, is cheap, and produces great results. In this technique a fixed camera takes a series of photographs of a subject while a light source moves around it. The photographs are combined into a single image which, with a special viewer you can examine by moving a virtual light source across the surface. It’s very like shining a real torch over a carving on the cave wall, to reveal subtle detail difficult to see with the naked eye. If everyone who had a go with RTI in East Wemyss goes on to record other interesting rock art, we’ll start an RTI revolution in Scotland.

You can try this technique yourself by following instructions and downloading the free Open Source software developed by Cultural Heritage Imaging (CHI) all available on their excellent website. Meanwhile, in the East Wemyss Senior Citizens Centre, transformed into our Operations HQ for the duration of the field work, Tom and his team of helpers armed with microphones, video cameras, a green screen and a document scanner recorded memories and copied old photographs of the Caves and East Wemyss, generously shared by scores of local residents. This gold mine of information will be edited and included in the interpretation of the caves. 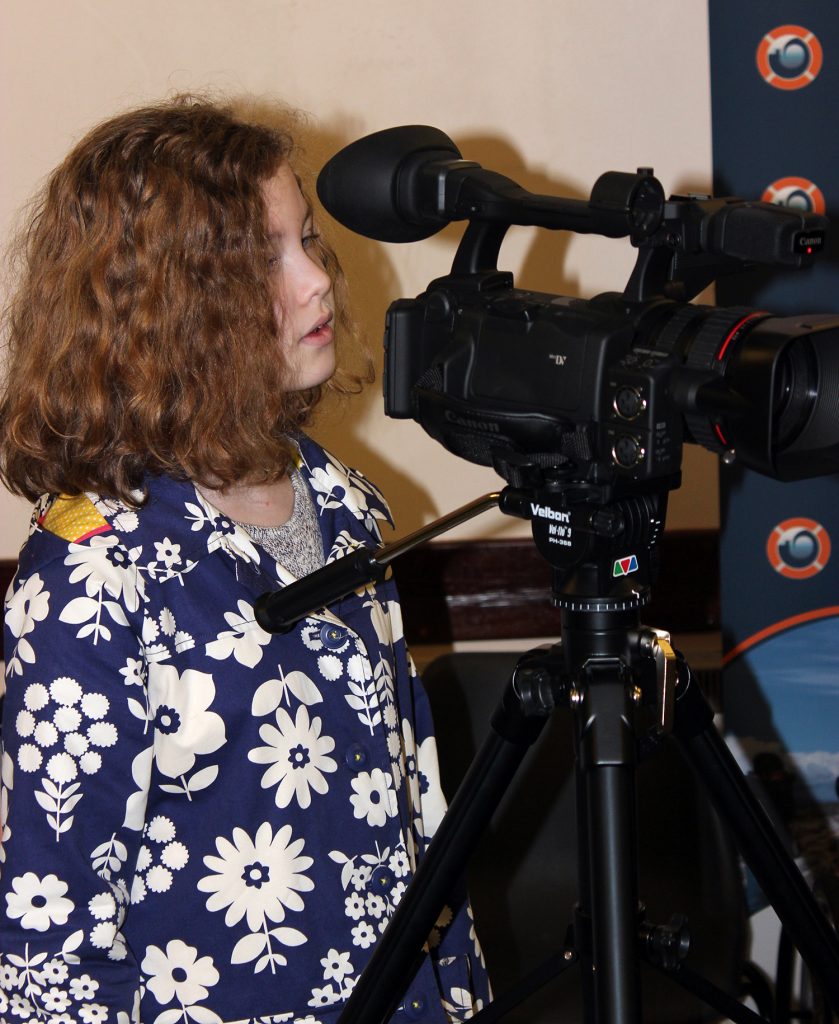 Amy did a fantastic job of recording the memories sessions

The fieldwork was enormous fun for everyone. The sheer variety, quantity and quality of the data collected about the caves, from structured light scans to poems, just shows how a community based research project brings extra dimensions to the results. These will be brought together over the next few months by the whole project team who will continue to work closely to create new interpretation of these unique caves that reflects their national historic importance and local value. 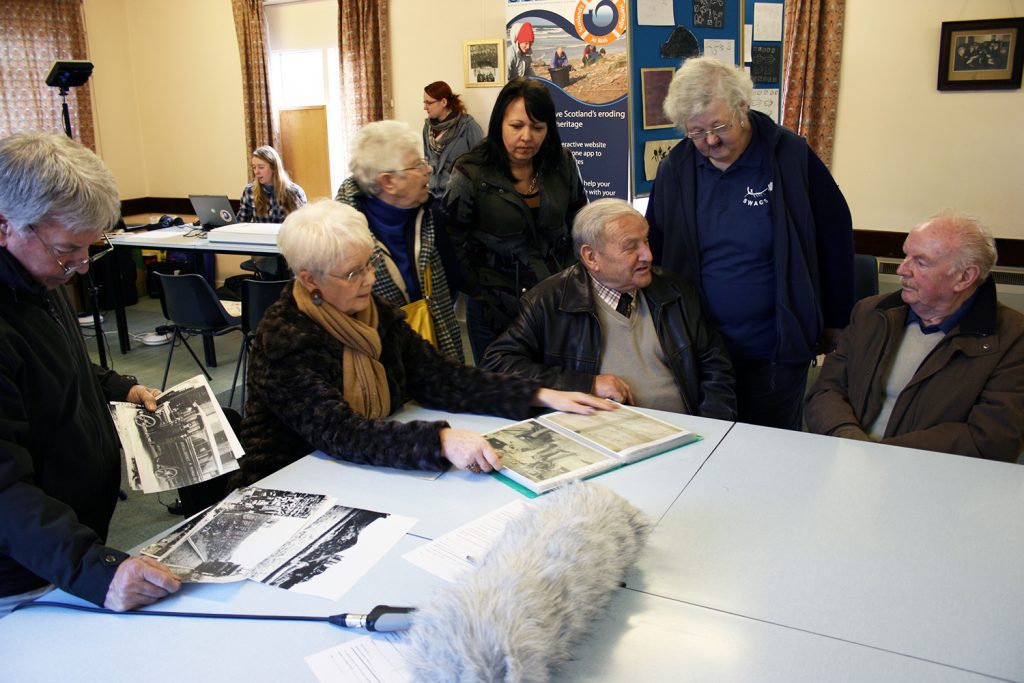 Photo albums out and memories in full flow