In winter of 2013/14 fierce storms exposed masses of archaeological deposits in the coast edge at Channerwick, Bay, on the South Mainland of Shetland. In summer 2015 Archaeology Shetland cleaned and recorded the massive structure that had been half-sectioned by the sea to reveal an amazing discovery – a new broch for Shetland.

The outer wall is about 5m wide, and faced in huge boulders of white Channerwick granite, so when it was standing, this monumental Iron Age tower would have sparkled in the sun. A stone-lined well in the centre of the ground floor was dug deep below the ground level, but was filled in and closed up early in the building’s life. Like many of Shetland’s brochs, this one was re-modelled into a wheelhouse and around this period of its use, central hearths on the floor contain evidence of metalworking.

The broch had a long life, with OSL and radiocarbon dates putting its construction sometime between the 3rd and 7th centuries BC, and occupation continuing up until at least the 3rd century AD. Even after abandonment, this broch had an afterlife. Its collapsed walls were robbed and the stones used to build the township of Channerwick, now also in ruins and eroding into the sea. 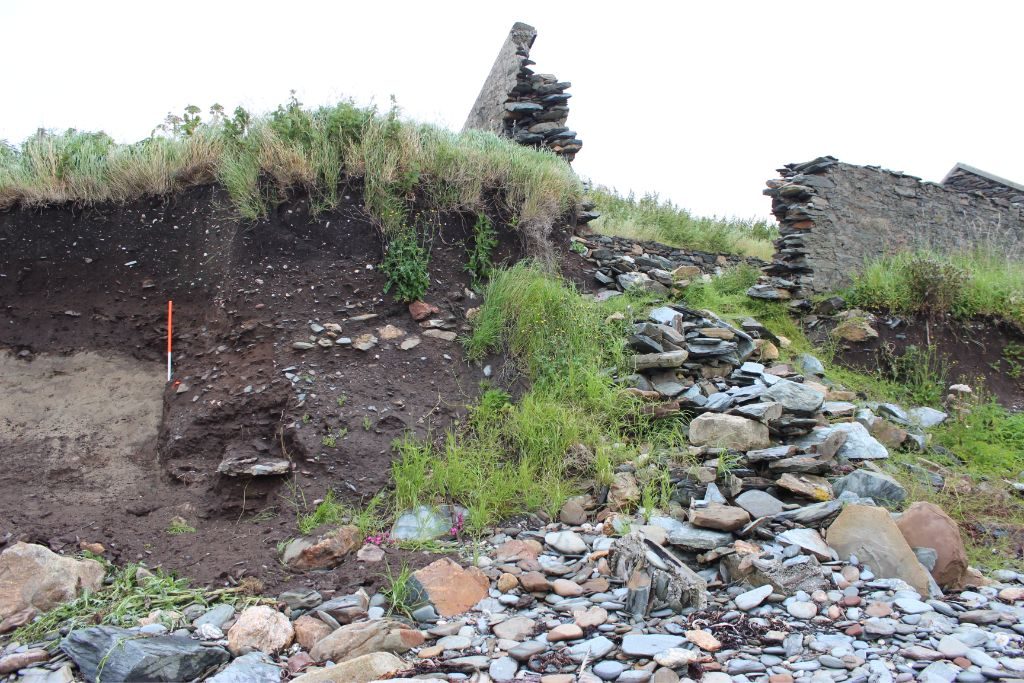