Burnt mounds are common sites around Shetland, often found at the coast. They’re usually large mounds of burnt stones which have been heated and then plunged into water, and are always found near a source of fresh water. However, no one knows exactly what they were used for. 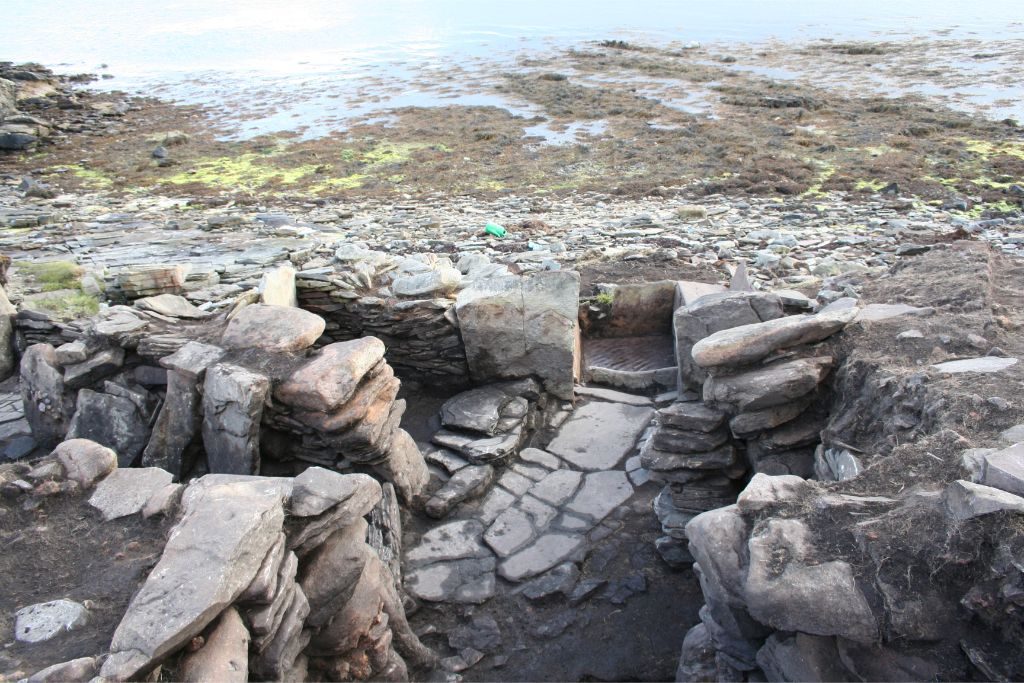 Cruester burnt mound on the island of Bressay, on the coastline opposite Lerwick was actively eroding and a very rare example. It’s one of a very small number of complex burnt mounds, as it has associated stone structures – a large hearth with a sloping passageway leading down to a stone tank, as well as a cistern and arrangement of stone cells. It was excavated in 2000 but the local community were watching the site fall into the sea, and had ambitions to do something about it. 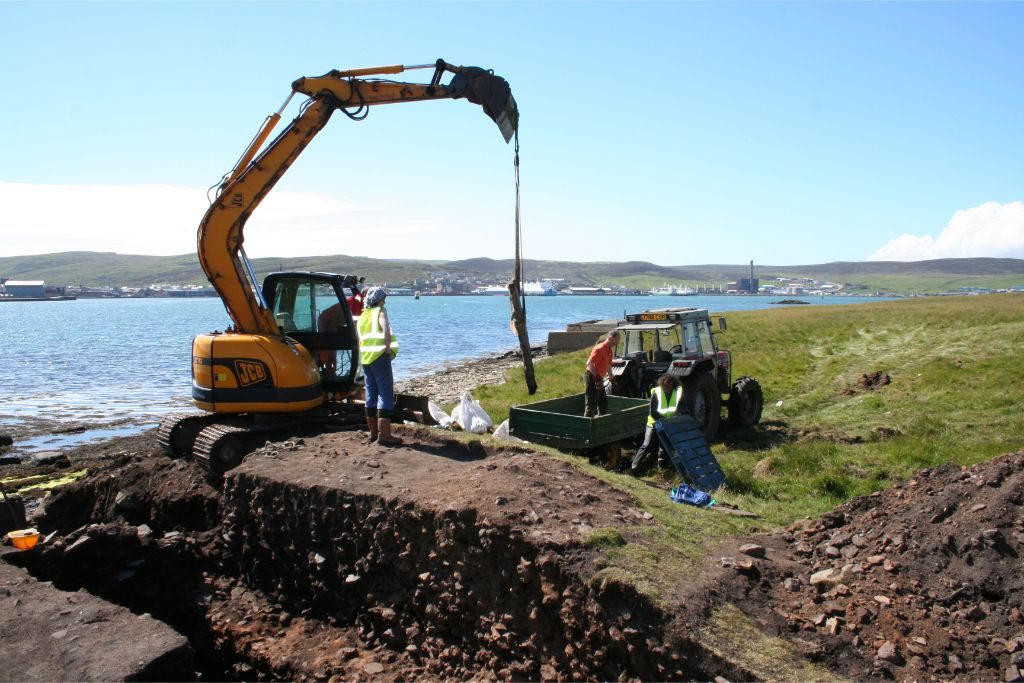 They developed an innovative project to rescue the site. In 2008 Bressay History Group, the Adopt-a-Monument Scheme and SCAPE re-excavated the structures, dismantled them, and transported them stone by stone to Bressay’s Heritage Centre where the monument was reconstructed. 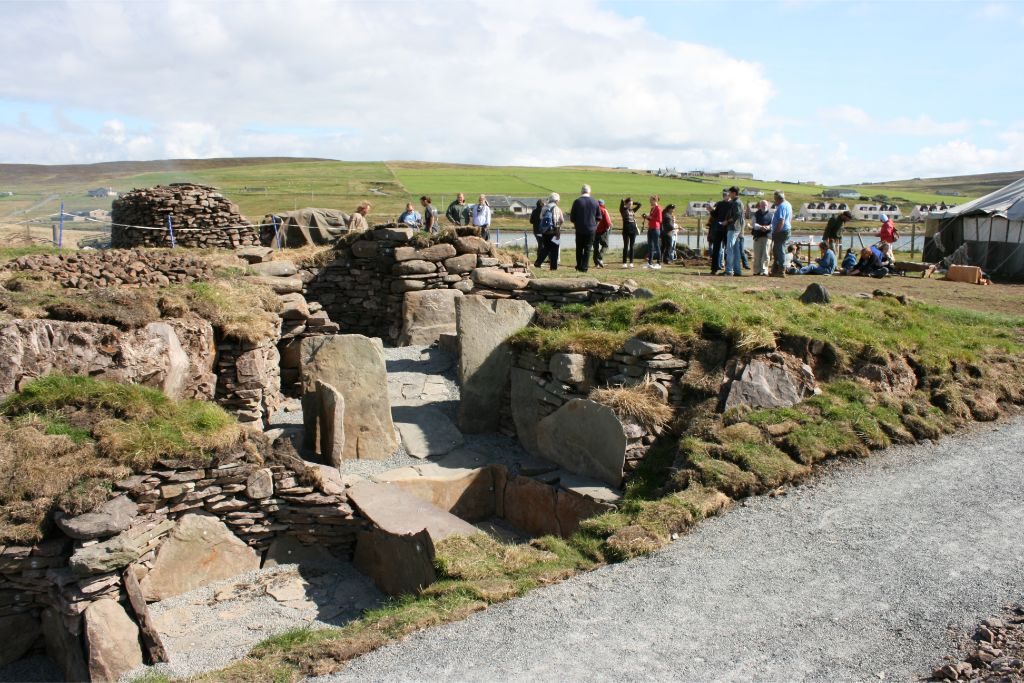 At the same time a replica was built which is used for experimental archaeology. Different theories have been tested about what these enigmatic sites may have been used for. Attempts so far have used the hot stones to heat water in the tank, cleaned wool for spinning, made pots, and even brewed Bronze Age beer.