ShoreUPDATES on the Solway Firth

Last week we had another taste of the beautiful, historically fascinating shores of the Solway Firth.

Our first ShoreUPDATE day in the area was in Stranraer Museum where volunteers got to grips with the Sites at Risk Map and used it to explore the local coast, aided by a plentiful supply of tea, coffee and biscuits. Once everyone had tried out navigating the map, downloading survey packs and adding new sites, they were confident using the project website, so after lunch we headed outside to do some ShoreUPDATES for real. As this area hasn’t been covered by the Coastal Zone Assessment Surveys, the main task along this stretch of coast is adding new sites to our records, so John suggested we start at Wig Bay, where the remains of a Second World War flying boat base can be found. Not only is this a fascinating site, it’s also very unusual and important in the recent history of the area; one volunteer remembered her father working there. Although many of the buildings have been dismantled, much of the complex survives, including two huge slipways where the flying boats were brought out of the water for servicing. 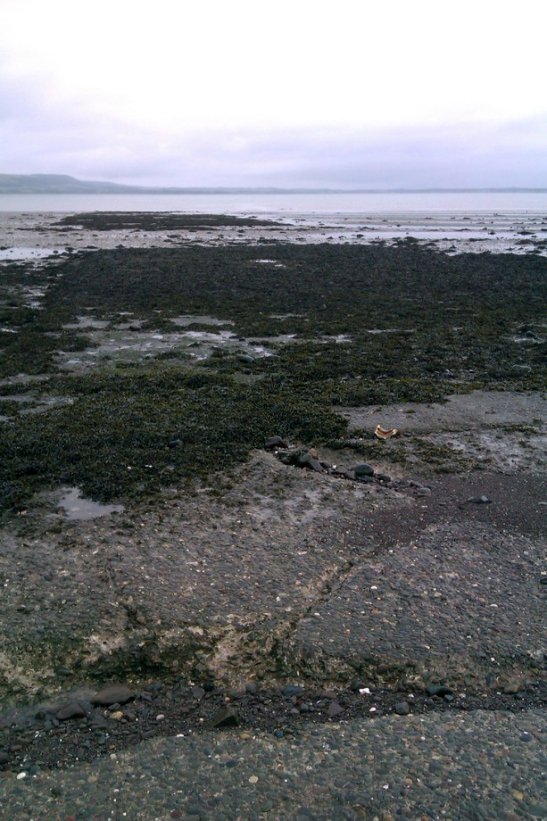 One of the slipways at Wig Bay, where the flying boats were hauled up out of the water for servicing

The groups recorded three different parts of the complex; two slipways and a mine observation post, using both ShoreUPDATE survey forms and the ShoreUPDATE app, so everyone could try out the different ways of recording site information to see which they preferred. We finished the day off back at the Museum, submitting our survey information through the website and having a look around the fascinating ‘Fabulous Finds’ exhibition of archaeological discoveries from the area.

The Whithorn Trust accommodated our second ShoreUPDATE day, where another group of volunteers spent the morning exploring the Sites at Risk Map, and going through the tutorials to familiarise themselves with the website. This part of the Solway Firth was covered by a Coastal Zone Assessment survey in 1996, so our site visit that afternoon was to update the records of three sites on the Isle of Whithorn, where we visited the ruined chapel, the promontory fort and the remains of a lifeboat station. Although none of them were under threat of coastal erosion, the ramparts of the fort are being damaged by a popular footpath cutting through the banks. The lifeboat station was the most intriguing site, with an unusual example of modern change of use: the interior of the structure is now almost filled with a modern pilgrims’ cairn. This pile of stones is constantly changing and growing as people add stones, some covered in poignant messages. 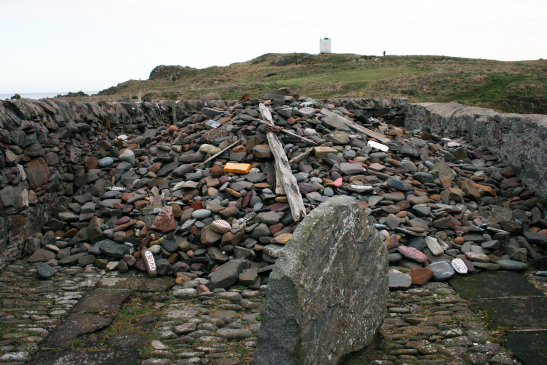 We’re back in the office now, encouraged by the enthusiasm and knowledge of local volunteers and the exciting and varied archaeological remains on the Solway coast, and looking forward to receiving lots of completed ShoreUPDATE surveys.