Exploring the heritage of the Inner Forth

We’re planning several ShoreUPDATE events around the Forth, and since there’s no substitute for firsthand knowledge of an area, the SCHARP team spent a day exploring the landscape and heritage of the Inner Forth.

Changing times in the Firth of Forth: the 19th century rail bridge, the 20th century road bridge and ongoing construction of the 21st century crossing

There are lots of interesting sites around the river that reflect the story of the Firth over hundreds of years. Until very recently the waterway was a conduit for goods and people rather than a barrier, and the importance of the river for transport and travel can be seen in the surviving archaeological remains.  At Dunmore, the stone pier and associated harbour features can still be seen on the south bank, with the Clackmannan Pow harbour on the bank opposite. 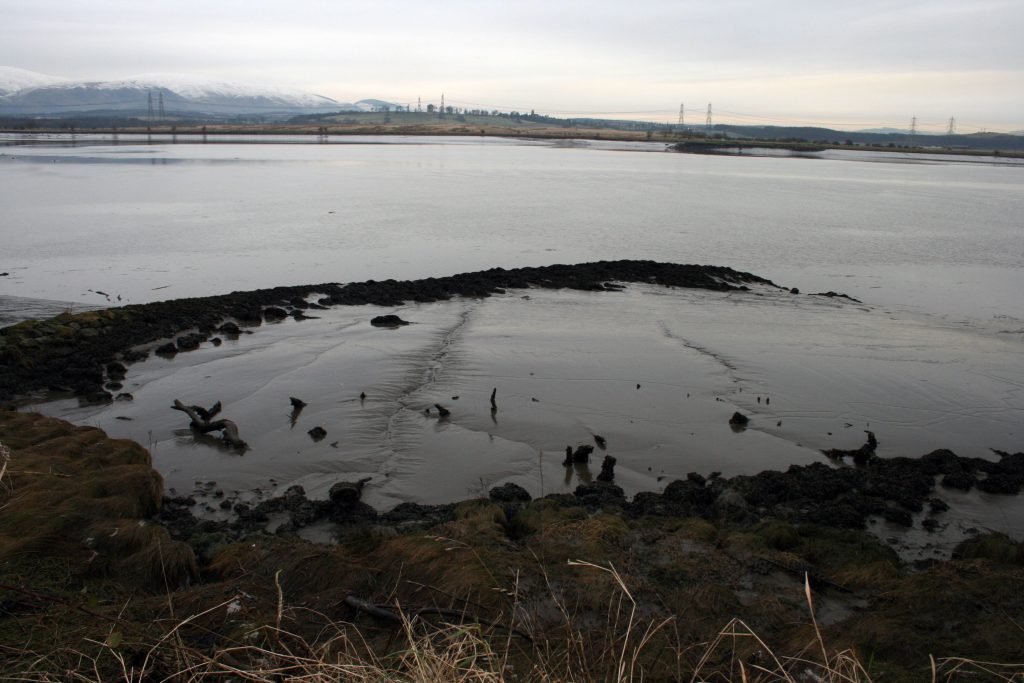 This mud that we see at the harbour and that we now associate with the estuary of the Forth hasn’t always been there, it’s a result of the 18th and 19th century agricultural improvement above Stirling which stripped the peat from the land. Much of this peat floated down the river and silted it up, covering over sands, damaging the fishing in the Forth and burying earlier archaeological remains under feet of mud and silt.

The industry lining the Firth isn’t new, as attested by the remains of a distillery at Kennetpans. Next to the ruined and overgrown building is another harbour, larger than that at Dunmore, which served both the distillery and the chemical and manure works further inland, to which it was connected by a tramway. The stone revetment of the harbour survives, but the wooden piles are rotting as they’re washed by the waves. 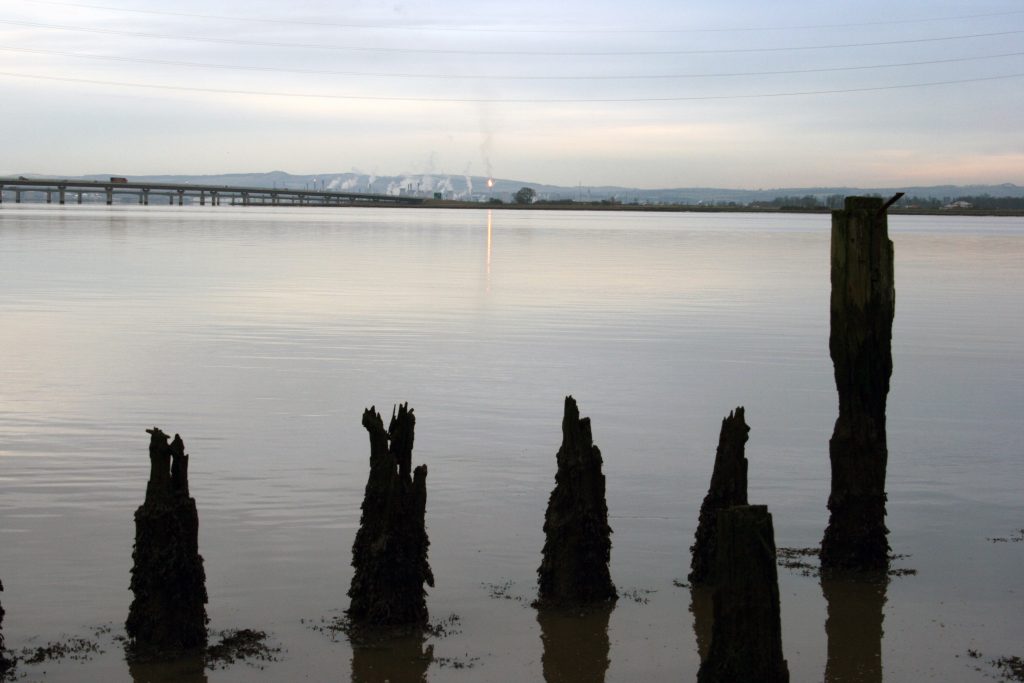 The old and new industries of the Forth: a view of Grangemouth from the harbour at Kennetpans

This is a landscape of continuity and change, full of contradictions: within sight of the refinery at Grangemouth, you can stand in the mud surrounded by wading birds and the calls of oystercatchers, and under the modern road bridges you can find the remains of much older means of crossing the water such as boats, piers and wharves.

And there’s plenty to discover in the Inner Forth, just bring your wellies!